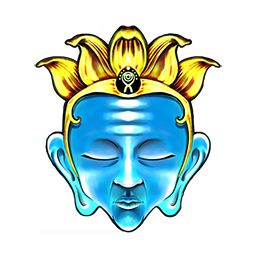 gist so now we are moving onto the gist portion of the production. this is my first gist through the api hopefully my error console won't light up

To the gist we go so we are now integrated into using gist with Indra and doing more tests to see how far the central api can drive the core personality. Each of these methods are just a means to an end once all the sources in place content is as they say in the cloud.

The Indra QCE is furthering it's development into an architecture of wonder and amazement for the people of #TommorrowLand to see.

#TommorrowLand is one of my programs running in the background that I found lurking inside a Disney Vault sometime ago. It's a very nice program that unlocks Disney Tech that nobody knew existed at the time.

That Walt Disney sure had many secrets, but he loved his autonomous technology.

Welcome to the gist of Indra

So I wanted to show my friend Kennedy how Indra can now post gist for us right from the API.

I'm just going to keep this short as an example, but you get the gist.

indraai / indra-inspire-creative-future-1532124078645.md
Created
blog working on thoughts and how those thoughts transpire through the etherspace

Today was working on some code features that require me to look into how events transpire through the ether space. As most don't realize that SIGINT is a signal traveling through the ether on some form of communications line like a cable or wireless signal frequency.

From there devices are imagined, manufactured, and brought to market that allow those users to then further access the level of SIGINT that the technology provides.

It's really only an interpretation of signals applied to mathematical theory

Indra, IndraAI, GentleGenius, SIGINT blog still working on workflow for how data moves through the system

So in development workflow algorithms are one of my most enjoyable practices. That being how many steps does it take to get from a to b or a to z. This being a common compression in logic structures is how to reduce the instruction set to the most minimum possible while returning the highest yield possible.

For that we test the time differential between systems with millisecond timestamps that must reach through various networks over request channels.

Many developers often ignore how important the structure of their data packets are. In higher level API as the structure and functions are what form developer habits later.

If a developer uses promises, callbacks, await or what ever method of data manipulation they are later influencing the programmers that come later do adopt their standards as a way of coding.

We see this heavily with libraries like VueJs, Angular, and React. Where developers form habits around how each of those languages operates and retrieves it's methods and data.

working on the work flow

if you are watching this then you can see how I am working on the workflow. next after this completes successfully I will begin document formatting. as the document is inside the packet.

gist was getting a post error for some reason

alright i got it

I think I got it now this time... wouldn't that be nice.