A parent component uses props to pass data and references to methods/objects to child components.

A prop looks much like an attribute=value pair in an HTML element.

When a Function Component is being rendered, React will pass in props as the first argument to the function like this:

Props are immutable, their values are never to be changed.

Remember, the prop came from a component somewhere up the hierarchy and if the prop's value originated from state, it would be that component's responsibility to update its own state.

However, a component can certainly pass down via props methods that can be used to update its state - but that's for another day.

Setting Up a React Playground

Let's use CodeSandbox to experiment further with JSX.

Be sure to create a new React sandbox, then:

You should now be seeing the text "Greeting Earthling" in the output: 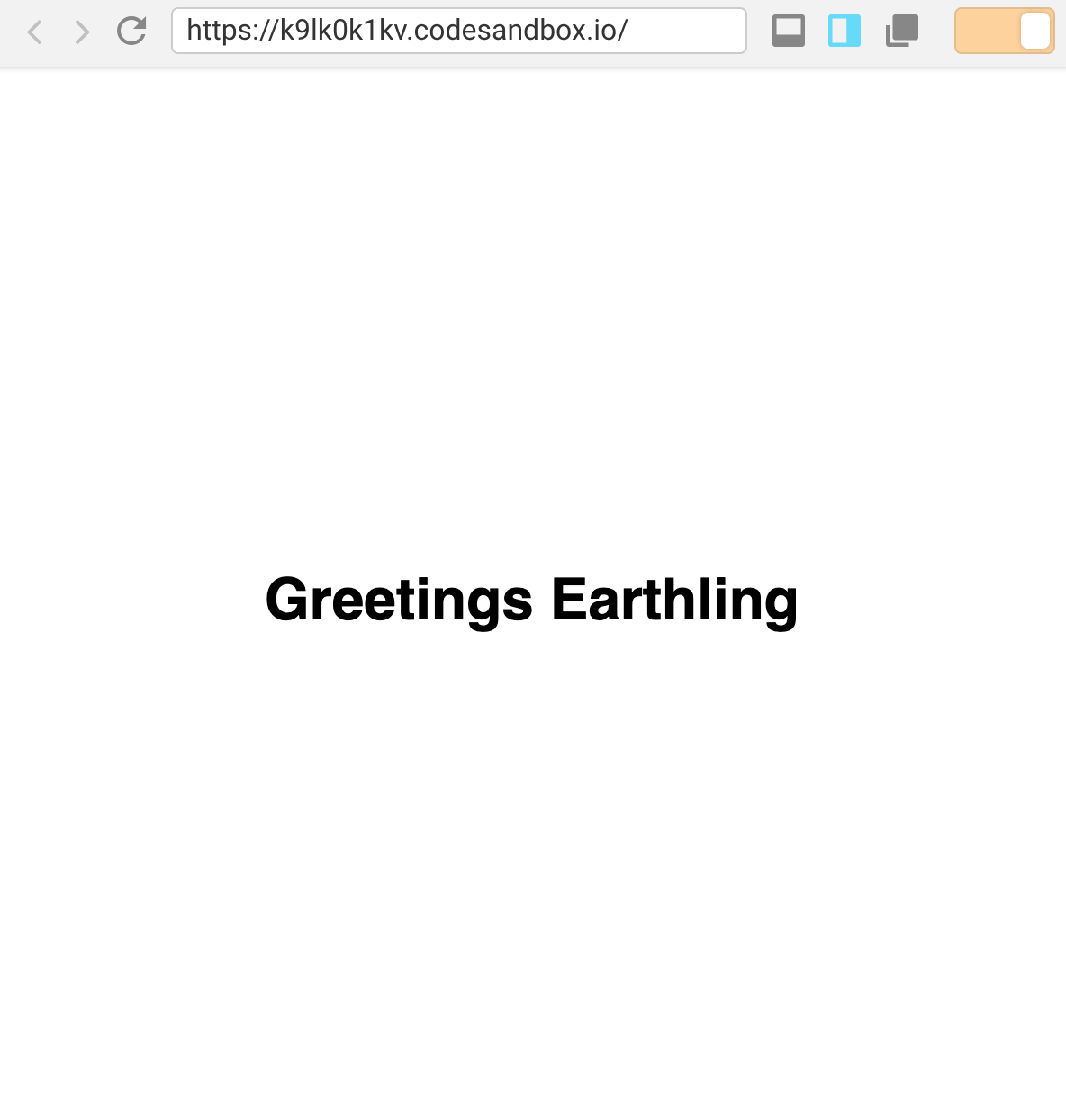 Including props in JSX

We will soon have a lesson dedicated to learning about props and state in React, but let's cover a few basics regarding props.

The syntax of passing props to a component is much like defining attributes in an HTML element.

Many pre-defined props map to HTML attributes. These docs list the supported HTML attributes and discuss important differences. For example, we cannot use class to assign CSS classes to a built-in HTML component, instead we must use className because class is a reserved word in JavaScript.

Many props map directly to their HTML attribute counterparts. For example, this is how you could add an id to a <div>:

Of course, it would make sense to add attributes such as id to React Elements only, because they are the only components that end up generating actual DOM elements in the page.

Some props map to HTML attributes but have a slightly differently implementation, for example, the style prop is used to style a component inline, however, it must be passed an object consisting of CSS property/values, not a string like its HTML counterpart.

However, most of the props we use will be custom props that are unique to the application.

When we logged out the component object returned by React.createElement, there was a props property that was set to an empty object. This object holds the props that we pass to a component.

Your turn to pass some props: