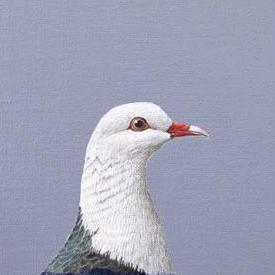 Hi, I'm a developer w/ a neuroscience background. Working at CTRL-labs these days, building an API for the 🧠
View GitHub Profile

I wanted to consider our daily productivity through a neuropsychological and neurobiological approach by considering factors such as Butterfly effect and others that are already known that will be explained.

All experiments from muse-lsl's notebooks

The visual P300 is a spike that occurs 300ms after perceiving a visual stimulus that has implications on decision making. This was validated in Muse by AB with the Oddball paradigm, in which low-probability target items (oddballs) are interspersed with high probability non-target items. With AB's paradigm, the experiment takes about 10 minutes to run (5 x 2 minute trials). The best pipeline for classifying P300s after collecting a dataset (for use in BCI) was found to be .77 AUC with ERP Covariance + MDM (Riemannian Geometry based). This accuracy is apparently good but not outstanding as far as BCIs go.

Unfortunately, I've also heard from Hubert that, in testing 10 different people, some of them weren't able to get very good ERPs. This could be due to their neuroanatomy, as EEG expresses pretty differently between peopl