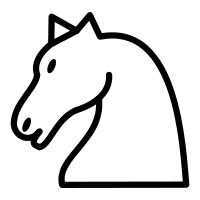 A programmer who wants to improve all the time.
39 followers · 115 following · 110
View GitHub Profile

How is mathematics made? What sort of brain is it that can compose the propositions and systems of mathematics? How do the mental processes of the geometer or algebraist compare with those of the musician, the poet, the painter, the chess player? In mathematical creation which are the key elements? Intuition? An exquisite sense of space and time? The precision of a calculating machine? A powerful memory? Formidable skill in following complex logical sequences? A supreme capacity for concentration?

The essay below, delivered in the first years of this century as a lecture before the Psychological Society in Paris, is the most celebrated of the attempts to describe what goes on in the mathematician's brain. Its author, Henri Poincaré, cousin of Raymond, the politician, was peculiarly fitted to undertake the task. One of the foremost mathematicians of all time, unrivaled as an analyst and mathematical physicist, Poincaré was known also as a brilliantly lucid expositor of the philosophy

kedarmhaswade / ValueIsNotVariable.java
Created
A method call expression results in a value, not an automatic variable (that should appear on the lhs of an assignment statement)

kedarmhaswade / DirectMemorySize.java
Created — forked from rednaxelafx/DirectMemorySize.java
An Serviceability-Agent based tool to see stats of NIO direct memory, as an alternative on JDK6 without JMX support for direct memory monitoring. Only works on JDK6; to work on JDK7 will need some tweaking because static variables are moved to Java mirror

kedarmhaswade / foo.txt
Created
How to make a JAR!