React throws an invariant violation when using the core-js shim and the react-inline-elements transform on iOS 8.

Then go to http://localhost:8080 in the iOS Simuator (8.4) and you'll see just a blank screen. If you open the Safari devtools to debug it you'll see something like this: 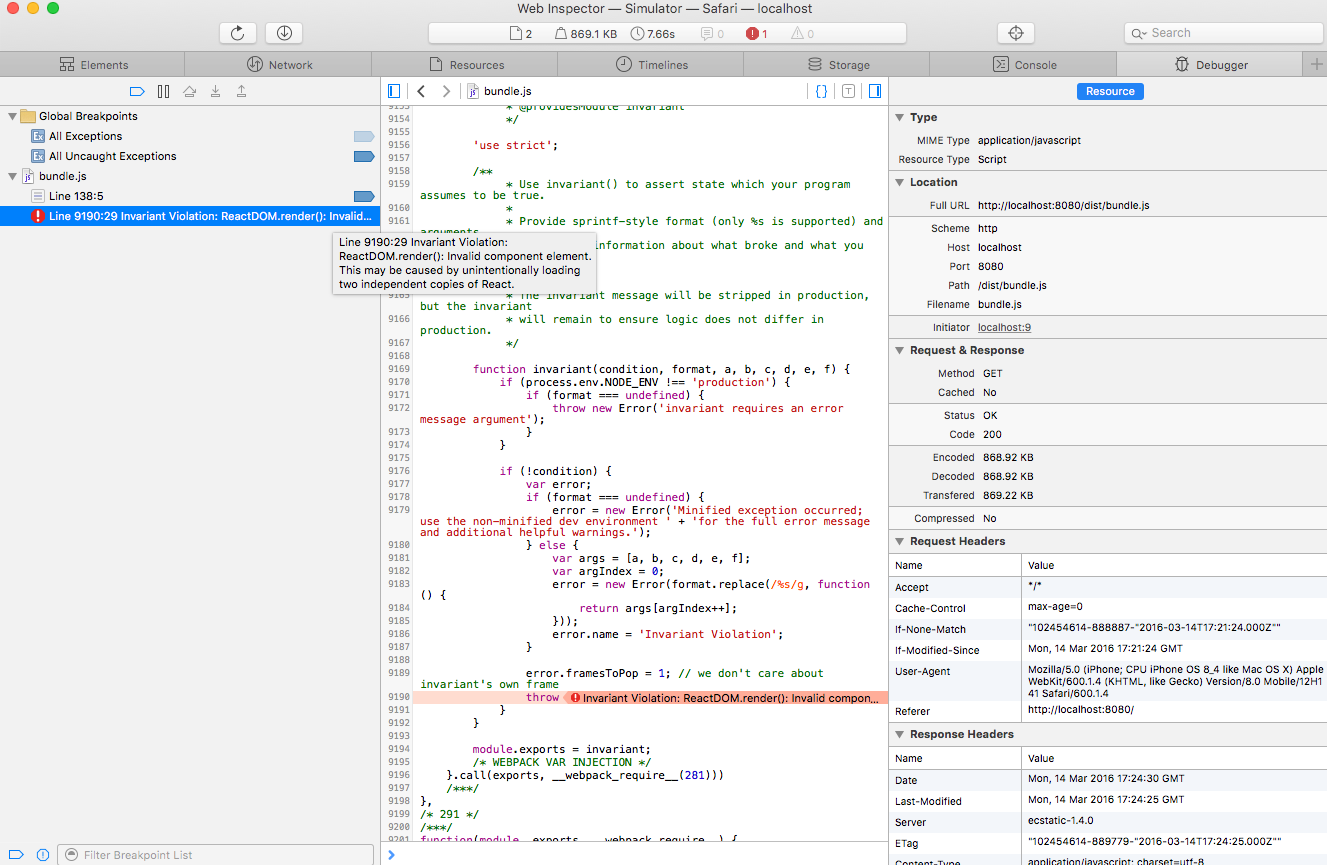 Either one of these fixes the issue:

It is probably better to do the latter, since the transform is only for performance improvements, but the core-js/shim has functionality that your app probably needs.