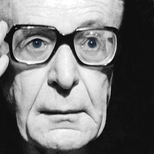 Thoughts on a Meteor ORM

While we're approaching the 1.0 release of Meteor, the need and interest in additional databases support (other than MongoDB) has risen consequently. Thus, SQL support is the second most requested feature on the official meteor roadmap (after server-side rendering) and there have been various demands on the forums about supporting Redis (also on the roadmap), RethinkDB, LevelDB, Neo4J, ElasticSearch, Mysql/MariaDB, PosgreSQL, SQLite and some other. More importantly the Meteor community has started to work on atmosphere packages that bring support for these databases and it appeared to be a very difficult task – most projects were abandoned.

What makes the integration of a new database a lot harder in Meteor than in most other web frameworks (including “full stack” JavaScript frameworks like Derby or Sails) lies in the third [principle of Meteor](http://docs.meteor.com/

Proof-of-stake mining (or minting) is much more environmentally friendly (near to zero electricity consumption) and decentralized (no ASICs) than the widespread proof-of-work mining. However it has an unresolved flaw known as the “nothing at stake” issue. This post propose a solution to this problem based on Peercoin, the pioneer proof-of-stake cryptocurrency. 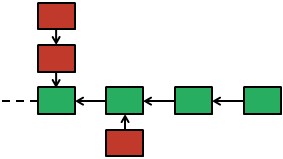 The above picture represents a blockchain. Blocks in green compose the main chain, and blocks in red compose orphan chains.

Karma police: a simple reputation system on top of ethereum

Tired of the alcoins mania? Here is a coin that you cannot exhange or lose. It aims to be a reputation system. Every n=42 days m=1000000 karma units are issued. So it's a disinflationary unit.

Users of this system can votes ("+1") for others if they do a great contribution. A user with 1% of the total amount of karma will "distribute" 1% of the new m units. These new karma units are equally distributed between all users that have received a vote from him.