This year (2017 summer), I have participated the Google Summer of Code (GSoC) program with the project Revamp the Customization Dialog (of LibreOffice). And this is the work submission report required by Google as part of the final evaluations. I'll try to provide a short description of what work was done, and what's left to do.

The initial proposal was based on that the Tools > Customization dialog of LibreOffice was lacking on supporting means. For instance, it was not possible to search for a particular function. It also had an interface with focus on technical facts rather than the work-flow. With a redesign, the functionality would remain as it was, but updated so that average users would be able to customize their program. Initial mockup is here: https://user-prompt.com/how-to-make-libreoffice-customization-usable/

After the proposal was accepted as a GSoC project, it got attention from different parties (users, UX and UI designers etc.). And after a long and hot discussion, we agreed on a new design (variant 2) because it was offering better accessibility and mouseless navigation. Main goals include:

Once the design was settled, I started by developing a search feature for the Functions pane of the Keyboard tab because the search was described as "the killer feature" by the design team. After completing the development of that feature, we agreed on merging it to master branch right away. You may also find the related entry on the LibreOffice 6.0 Release Notes. 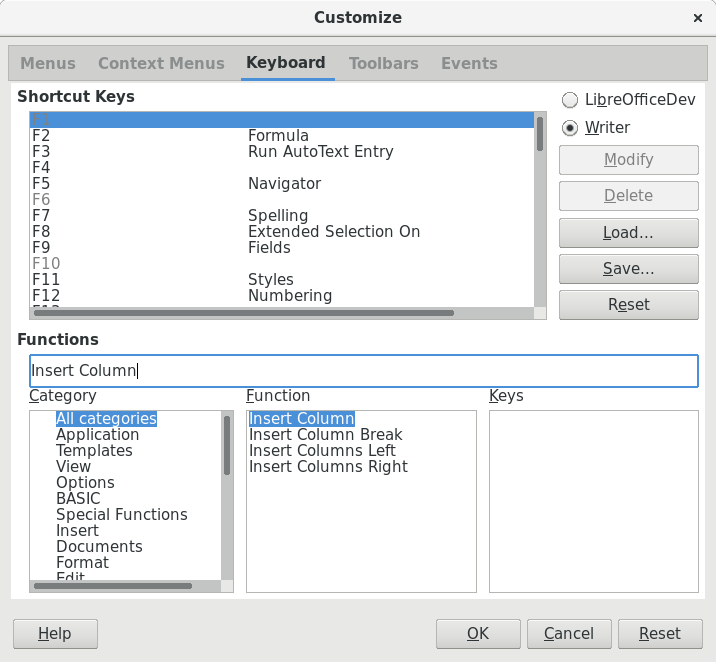 Then I started preparations for the rest of the revamp. Most of the Customize dialog was implemented in one single file, cfg.cxx, which was more than 5k lines long. It was hard to read/follow/debug and work with, so I separated the two major classes (SvxToolbarConfigPage and SvxMenuConfigPage) into their own source files, and created a helper class (SvxConfigPageHelper) to contain the helper functions which are used by these classes.

As we now had a cleaner work place (base code to work on), I started converting the UI to the new design. In this process:

In the meantime, I had an emergency surgery, and couldn't work for a while. And this meant a lot more work to meet the final deadline. I almost failed at some point, but got back on track with support and encouragement of my mentor.

I started to build up confidence with each patch which got reviewed and merged, and tried to do better with the next patch. With the blink of an eye, I got 19 patches merged into the feature branch created for the project on the official git repo of LibreOffice, and we had a mostly complete new Customize dialog. 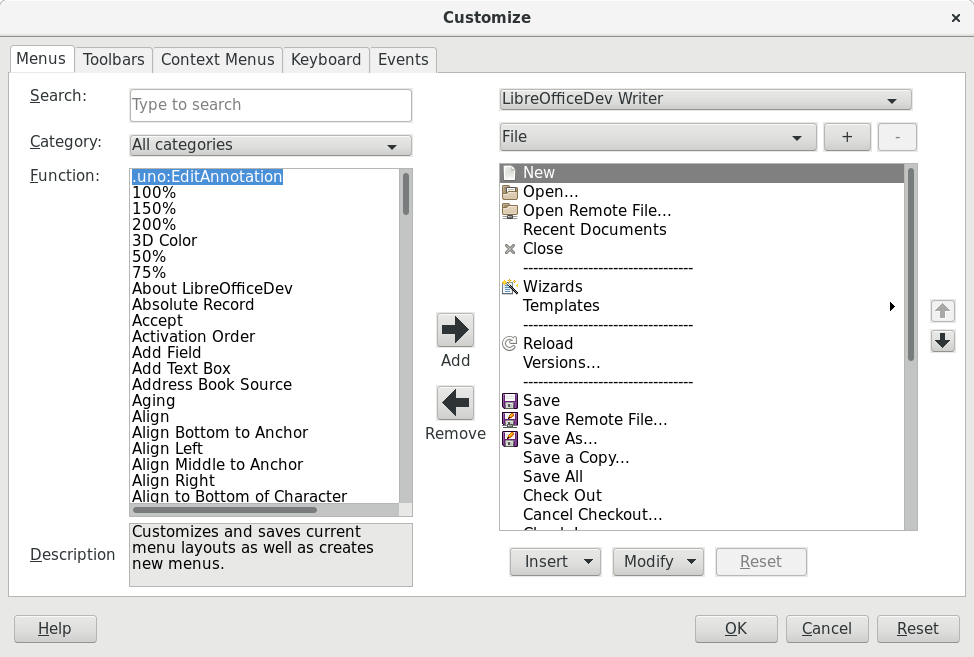 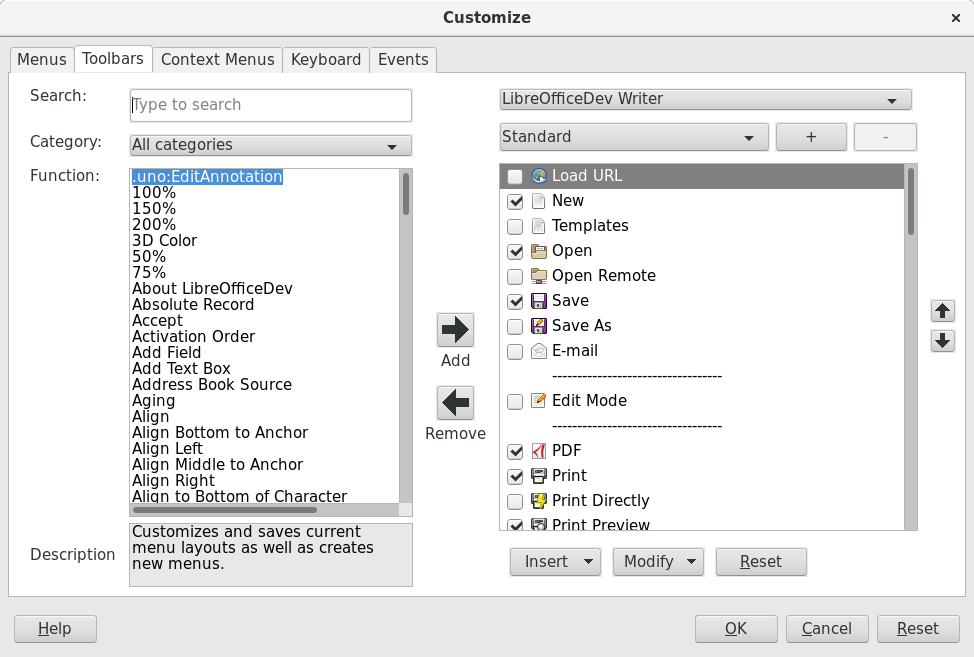 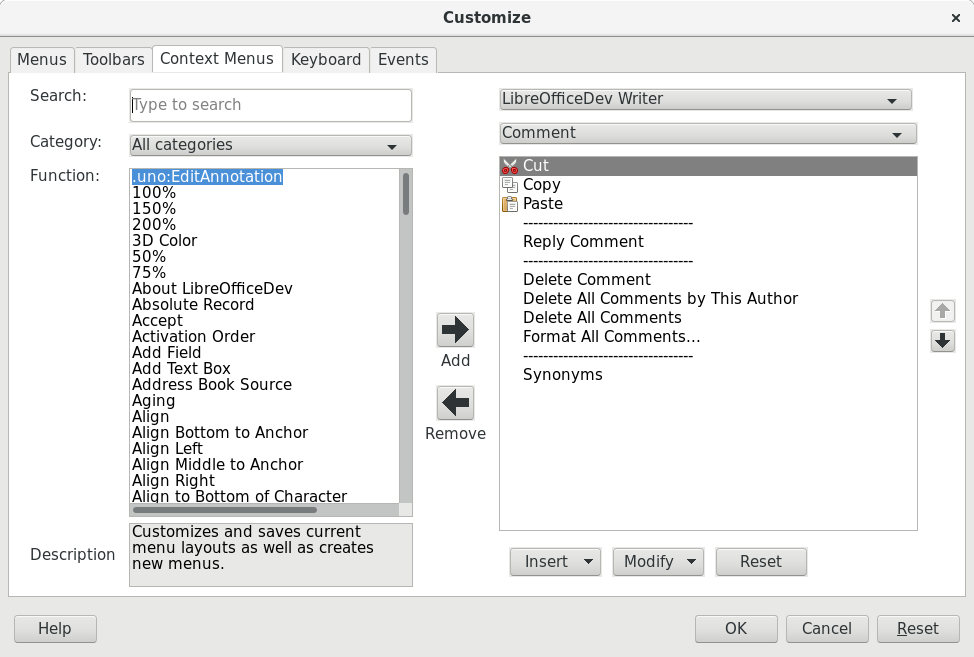 You may see the new Customize dialog in action: 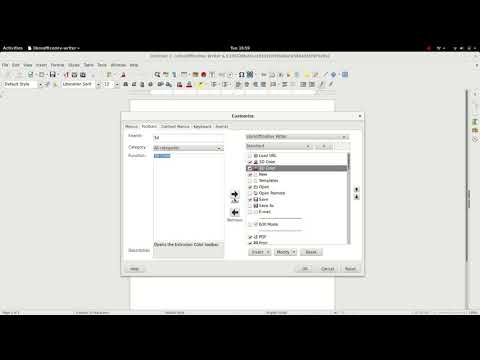 You may also download and see it for yourselves (Linux_x86-64_deb): https://drive.google.com/open?id=0B-JvlLHm1-kKcW5xbmR5Q1l3bDg

You may also find all of my patches merged to LibreOffice codebase here: https://bit.ly/2ktej2r