This is a primer on how to install PlusNuts using materials readily available from your local hardware store.

PlusNuts, sometimes called "pre-bulbed cross nuts," are a machine threaded sheet metal equivalent to a drywall anchor. They are useful because they can be installed into a thin metal surface, blind (i.e. with access from only one side). Here are two pictures of a PlusNut, before and after installation (backside view): 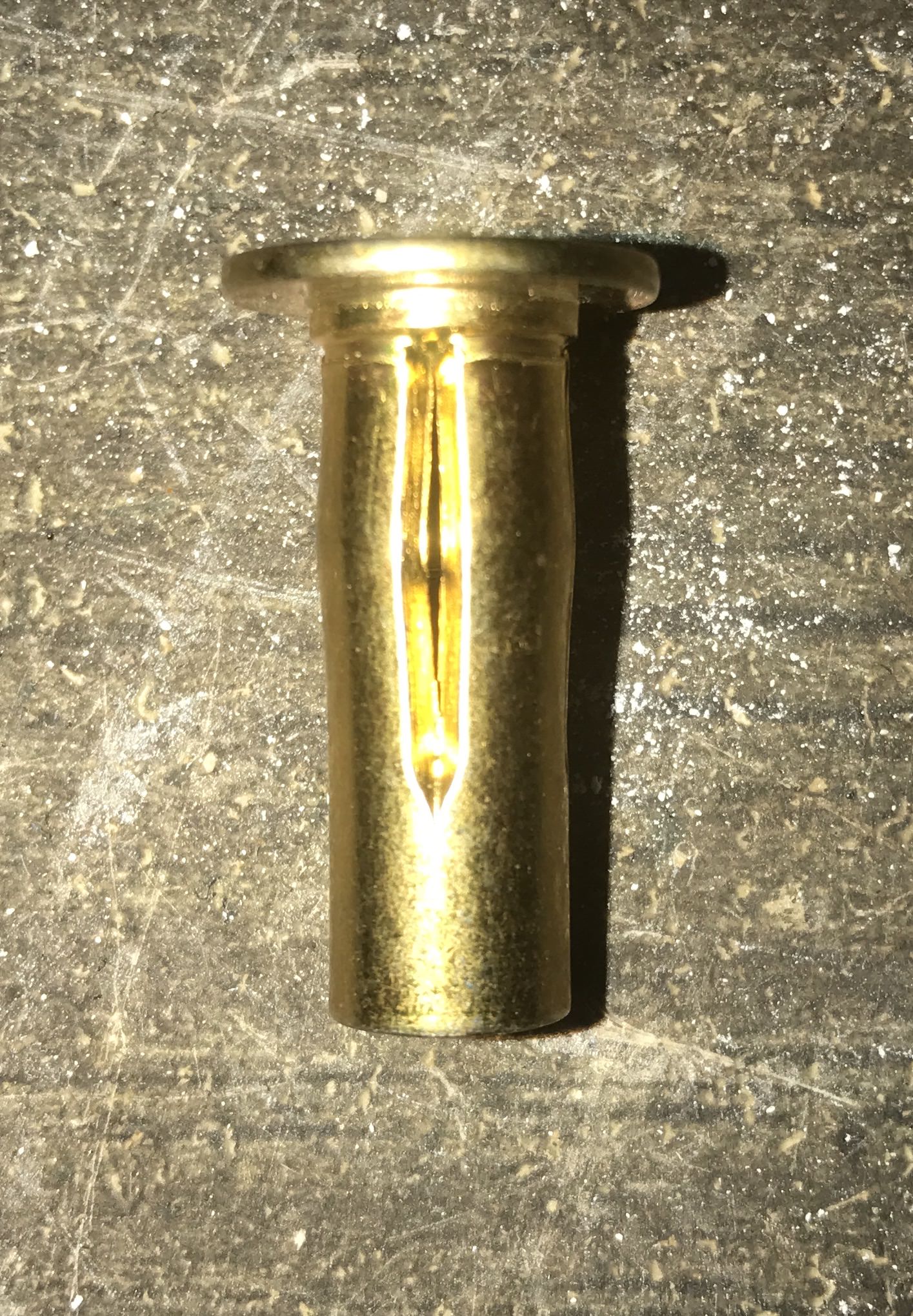 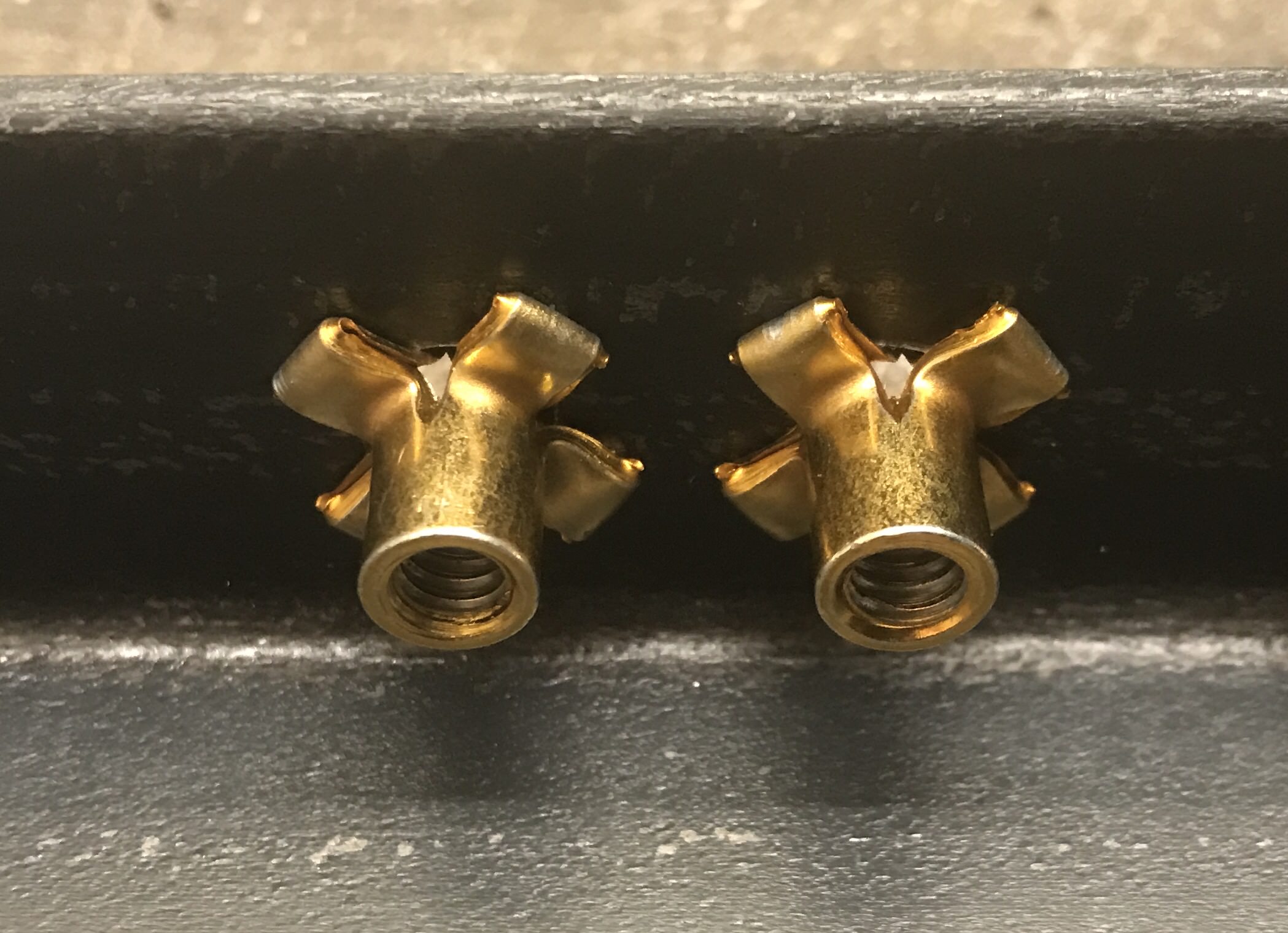 Installation - A Survey of Techniques

This tool is available on Amazon. It also appears to be available from McMaster-Carr, though it says its for RivNuts, a close cousin of PlusNuts.

YMMV. Ours broke on the 5th PlusNut, leaving a partially crushed PlusNut in a hole with no access to the backside. Vice grips, a drill, and swearing were effective at removing the PlusNut without destroying the original hole completely. The tool works as follows:

A wrench goes on the long, lower portion which prevents the center stud from rotating and prevents the PlusNut from moving axially. A nut at the top is turned by some mechanism, which axially pulls the center stud and the portion of the tool threaded into the PlusNut to achieve the crush. A "thrust bearing" sits between the nut that is turned and the lower portion held with the wrench to allow them to rotate relative to each other without binding.

It should work. Problem we had is that a small pin which holds the center stud to the outer portion held by the wrench sheared, with no easy way to fix.

Far Out Ride put together a great tutorial that makes use of no special tools. It uses vice grips/channel locks to hold a central stud, while a Kep Nut on the stud is rotated clockwise, to effectively pull the stud outward, while a box wrench bears against the lower surface of the Kep Nut and PlusNut flange. The effect is method 1 above. Go here (link) for much more detail. I can't speak for its effectiveness because I didn't actually try it. Before I had a chance I was enamored by the mystery method below. I did benefit greatly from Far Out Ride's method though, specifically from their idea of using Kep Nuts, which is critical to our ultimate method.

On YouTube, a gentleman by the name of Sergiy demonstrates what appears to be a quick and magical method for installing a PlusNut with an impact driver. Unfortunately, he doesn't explain how and with what hardware. He also has disabled commenting (understandable based on the average YouTube comment) so there is no insight there. However, we were inspired to recreate something similar.

Everything that follows assumes use of a 1/4-20 type PlusNut. Tool and hardware sizing, and perhaps success, will vary according to the size of PlusNut.

Lubricate the hex bolt threads with machine/cutting oil. Take the hex bolt, and place the following in order on the shank: A washer. The Kep Nut with the free rotating locking star portion towards the first washer. The second washer. The Star Locking washer. The PlusNut.

Snug the stack all up to the bolt head, hand tight.

Here is a photo of it all assembled:

Here is how it works:

Insert the PlusNut end of the assembled tool into the hole. If the hole is truly 3/8" it will require a light tap with a mallet to drive it in past the pre-bulbed portion of the PlusNut.

Place the 1/2" wrench over the Kep Nut and brace to prevent its rotation.

Using a drill, ratchet, or impact driver, drive the bolt clockwise until the torque increases indicating a fully upset/crushed PlusNut. Drive the bolt counter-clockwise to remove the tooling from the installed PlusNut. Bam! 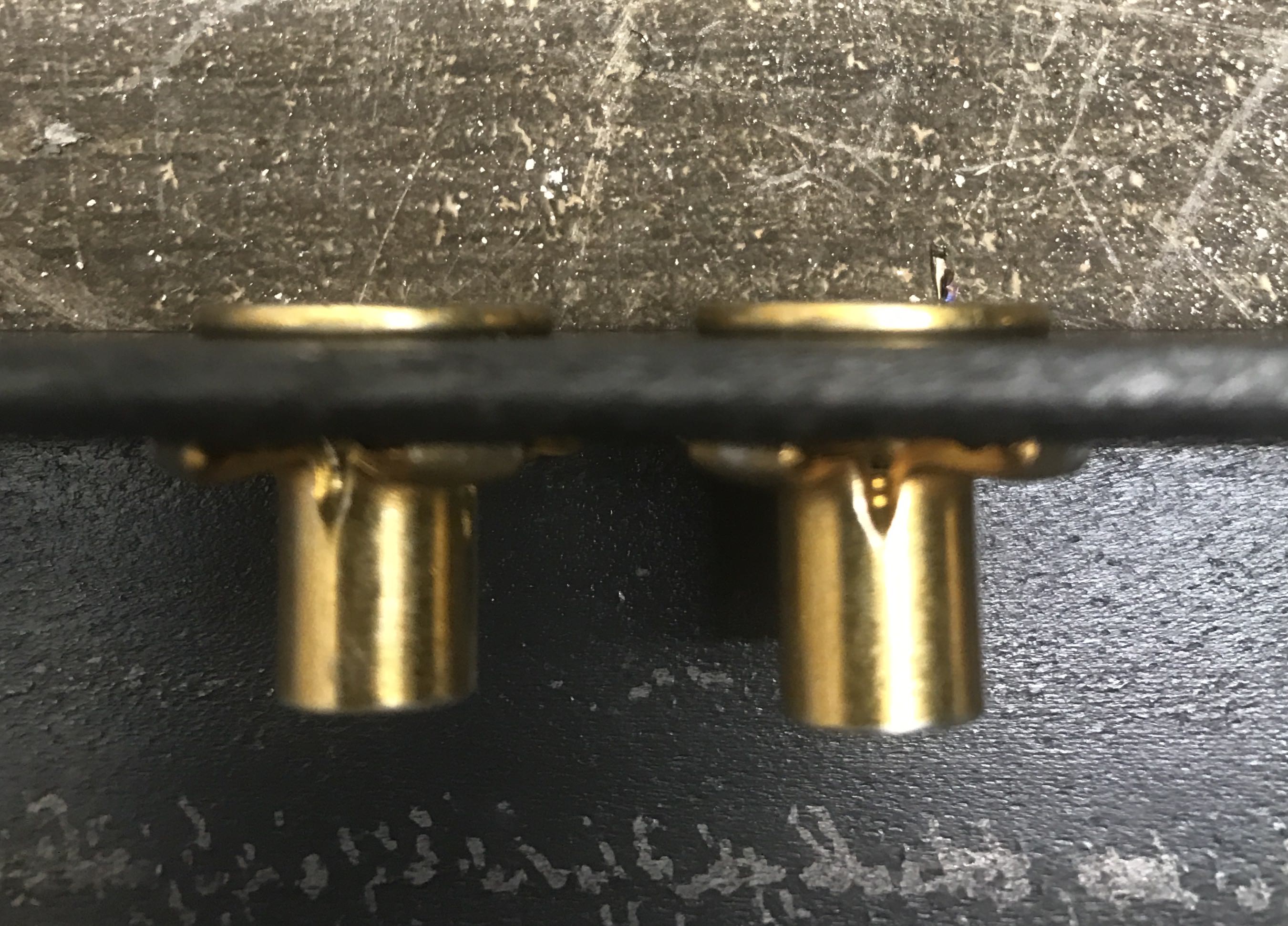 I have heard stories of PlusNuts failing due to excessive torque applied during installation. The applied torque should be limited to that which is needed to fully crush the nut. The best and slowest way to do this is a keen hand on a ratchet. The second best and faster way to do this is by using a drill with a torque-limiter set the the lowest value that will accomplish the crush, but no more. The worst way to do this is with an impact driver and no torque limit.

It so happens that our dewalt drill, with the torque limiter set to "6", will perfectly crush the PlusNut, and then stop. Our dewalt driver even on the lowest setting is a tad excessive.

As you or someone you may care about will be bracing the wrench, excessive torque can lead to surprising and painful outcomes if the threads or the Kep Nut were to seize.

Here is a pic of PlusNut over-torqued by our driver. It's actully pulling the crushed portion into the hole: 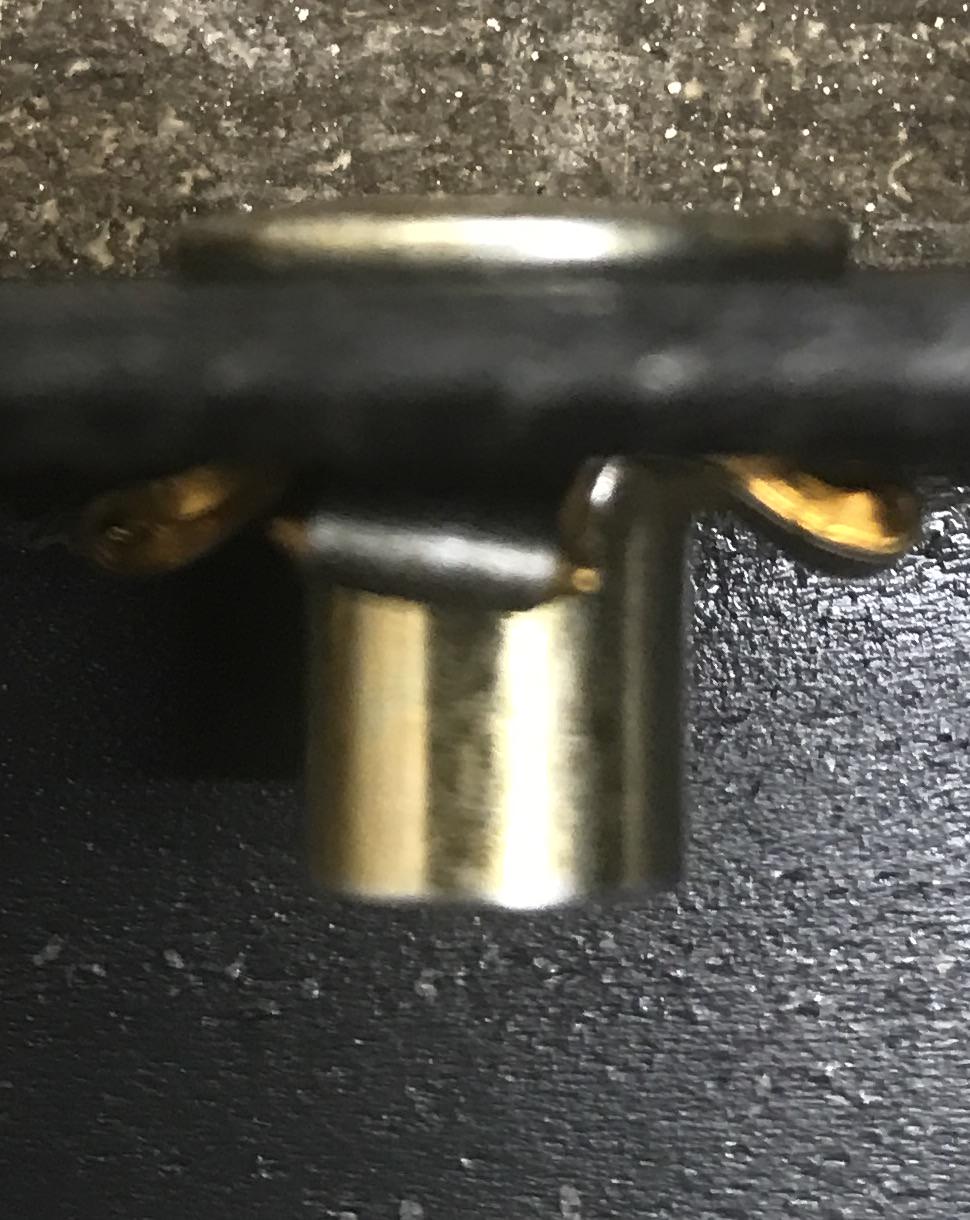 A thrust bearing in lieu of the Kep Nut is an obvious improvement. My local hardware store did not have any of the 5/16" flavor, but Amazon does. This would reduce the possibility of a lockup if the Kep Nut fails to freely rotate.

If you come up with other improvements, reachout and share. Hit us at @agreenstellovan or better yet, fork this gist and make it better!

Far Out Ride for showing that there is life after PlusNut insertion tool failure and showing the wonders of Kep Nuts. Sergey: for demonstrating the possiblility of a mechanized installation. for keeping it a mystery .