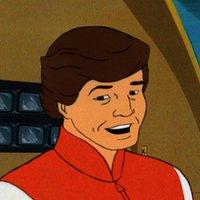 The Visualizer plugin for Wordpress suffers from an unauthenticated stored XSS vulnerability. This was tested against v3.3.0.

This XSS actually relies on another vulnerability of sorts, in that it is possible for an anonymous user to modify data on an already created chart object by simply sending a constructed POST request to the /wp-json/visualizer/v1/update-chart WP-JSON API endpoint. This can be seen here where the endpoint is registered (classes/Visualizer/Gutenberg/Block.php) with no access control:

The Visualizer plugin for Wordpress suffers from an unauthenticated blind SSRF vulnerability. This was tested against v3.3.0.

The following describes a technique to achieve HTTP request smuggling against infrastructure behind a HAProxy server when using specific configuration around backend connection reuse. This was tested against HAProxy versions 1.7.9, 1.7.11, 1.8.19, 1.8.21, 1.9.10, and 2.0.5. Of all these tested versions, only 2.0.5 was not vulnerable out of the box, although it is when using the no option http-use-htx configuration, which reverts back to the legacy HTTP decoder. 2.1 removed the legacy decoder so it is not affected.

To actually exploit HTTP smuggling using the issue described in this writeup, the backend server(s) behind HAProxy would also have to be vulnerable in the sense they too would need to suffer from a bug, but one which parses and accepts a poorly formed Transfer-Encoding header (almost certainly violating RFC7230), and allows HTTP keep-alive.

The HAProxy bug - sending both Transfer-Encoding and Content-Length