This brief tutorial will show you how to go about analyzing a raw binary firmware image in Ghidra.

I was recently interested in reversing some older Cisco IOS images. Those images come in the form of a single binary blob, without any sort of ELF, Mach-o, or PE header to describe the binary.

While I am using Cisco IOS Images in this example, the same process should apply to other Raw Binary Firmware Images.

That makes importing this type of firmware file difficult, as Ghidra doesn't have any idea what type of ISA it needs to disassemble and decompile for.

The following are a few things I learned while trying to get the Cisco IOS image in a reversible state within Ghidra.

First I had to extract the image. I pulled the firmware image off a switch I recently bought over TFTP. It turns out the first 112 bytes are some sort of Cisco proprietary header that is not useful for our purpose. We need to extract the bzip2 archive that we are interested in. The easist way to do that is binwalk:

This will create a _c3750-ipservicesk9-mz.122-55.SE.bin.extracted directory which will have a file named 70 inside it.

Now we need to figure out the CPU ISA. For this we use binwalk again:

This will output a lot of things, so lets take a look at the output:

We can see that the binary has Big Endian PowerPC function prologues followed by epilogues. This is a good indicator that the firmware image ISA is PowerPC Big Endian.

Now that we know the ISA, we need to know the text-base offset and the data-base offset within the firmware image. The best way to figure this out is to load the firmware on an actual device and boot up the device.

To retrieve the base address (fileOffset), run the show version command on the Cisco Switch:

Now open the 70 binary blob in ghidra. Again, since there is no standardized binary format for the binary, you will have to import the file as Raw Binary, and then set the Code Architecture to PowerPC Big Endian 4xx. Also, click the options button and set the image offset base to the value we retrieve from the show version command: 0x01000000. Then import. 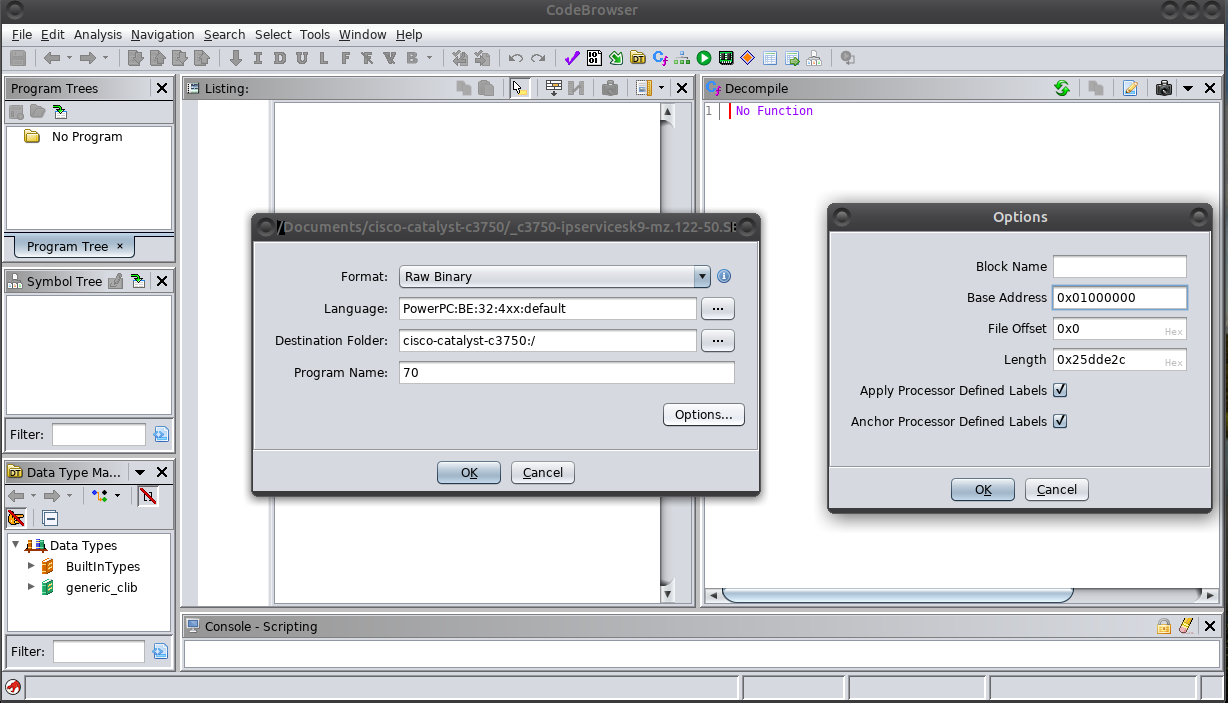 Ghidra will then churn on the binary for a while, and when it is done the strings should be resolved to labels within the decompiler. This is because the label regions in memory are marked as Read/Write within ghidra. We want to resolve those labels to strings for ease of use. 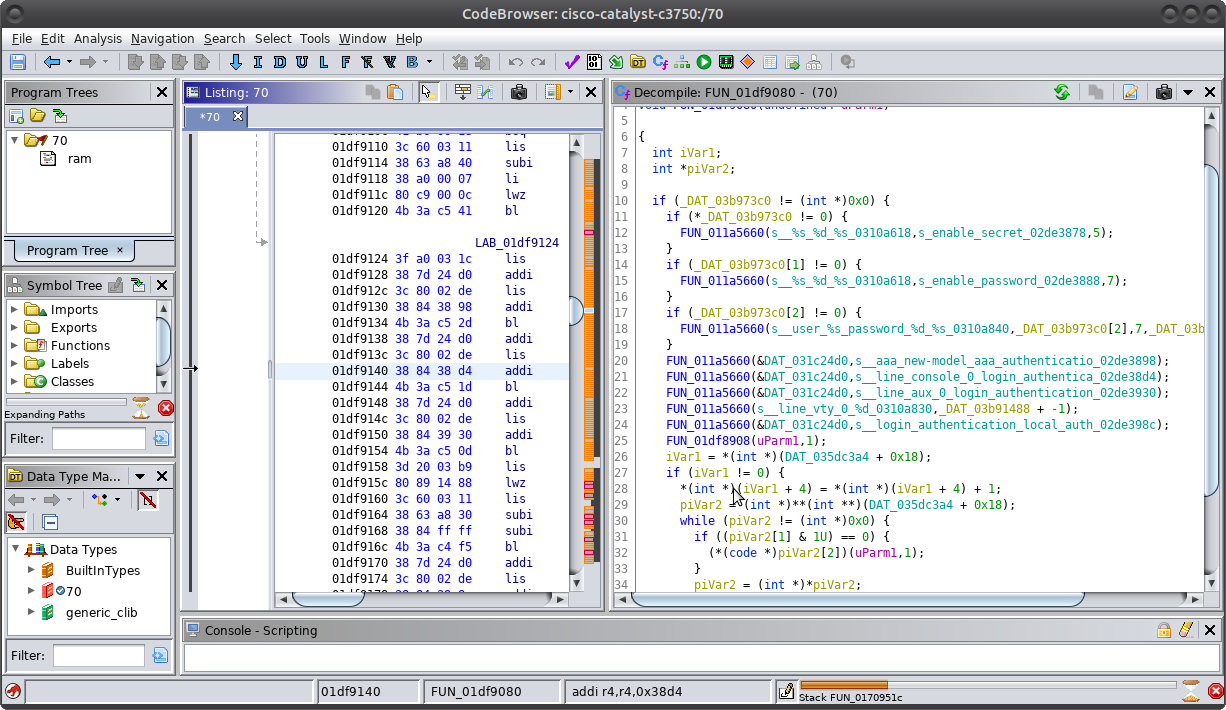 Navigate to the data-base address of 0x02f00000 - 0x01000000 in Ghidra. This last portion of the blob is where all the strings that are referenced in code live. The actual location where these strings start is a little lower than 0x02f00000 - 0x01000000, we will need to manually inspect the binary to see just where that location is. This is most likely due to some sort of offset within text-base that I am simply not aware of. I came up with the location DAT_02de33d8 (0x02de33d8). We arent necessarily looking for an exact location. 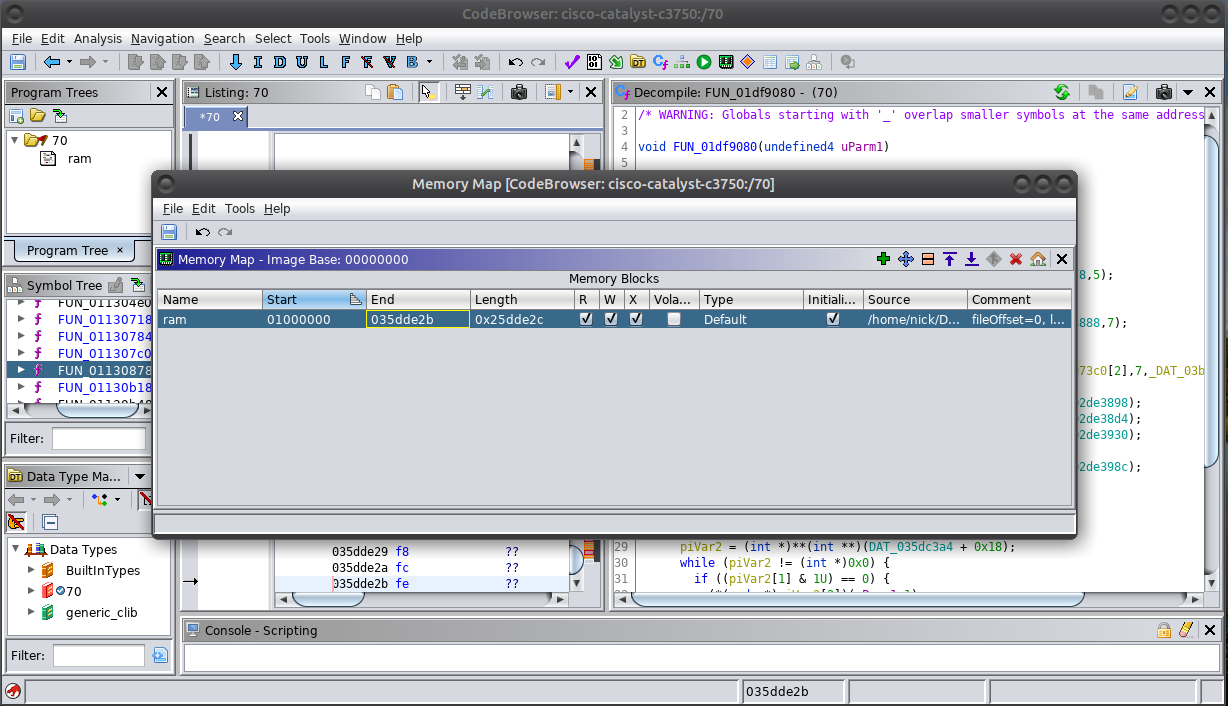 Open up Window->Memory Map and click the Split button up in the right hand corner of that screen. You will need to split at the data-base address 0x02f00000, and then mark the data-base memory region as Read Only. 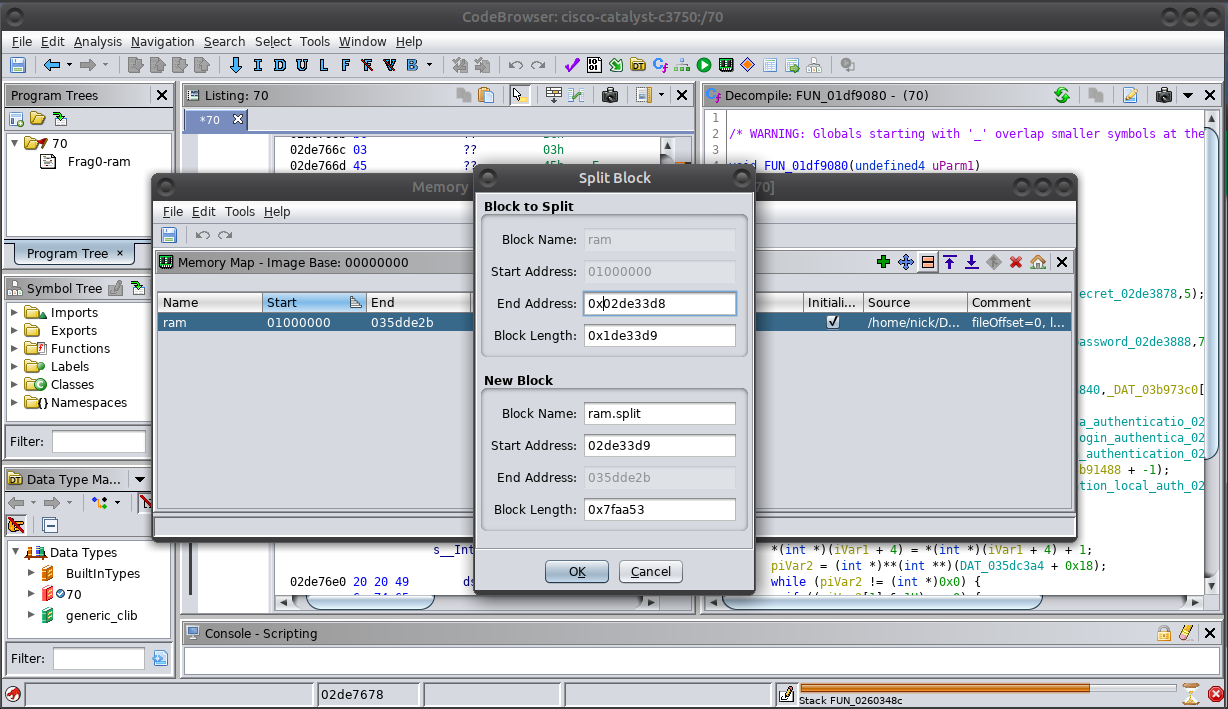 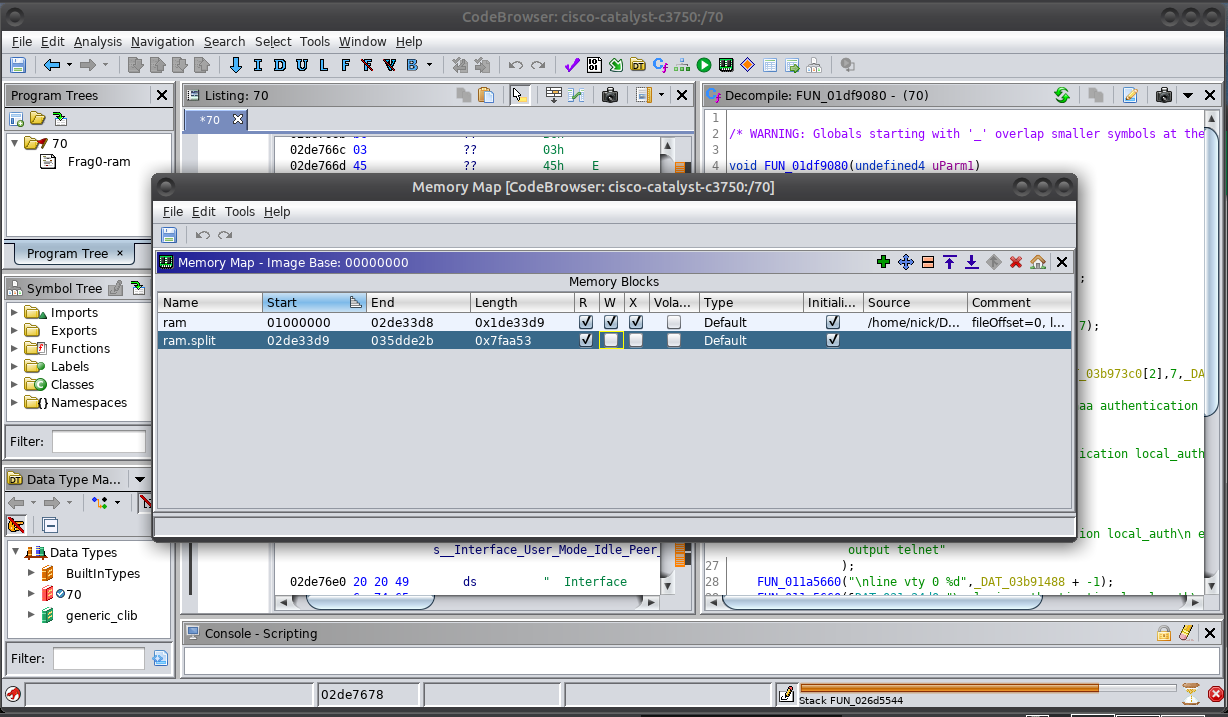 After you have completed these steps, the labels should resolve to strings and you should be able to start reversing the image quite easily. 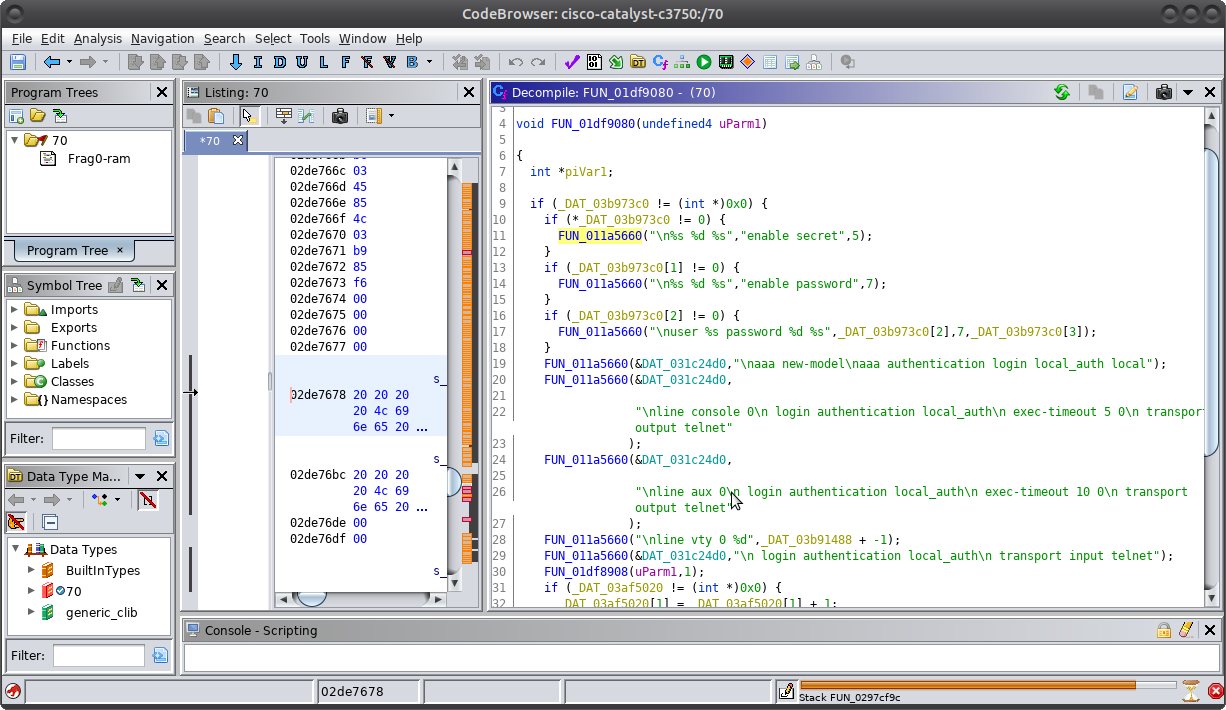