Our always-on live wildfires map aims to provide our most up-to-date coverage of fire perimeters, hotspots and evacuation zones in California.

Our map is populated by a custom feed of data sources we assembled and automated. It includes government sources like CalFire, GeoMAC, NOAA, and NASA. It also mixes in an exclusive feeds of fires spotted by Descartes Labs' satellite imagery algorithm, the most up-to-date source on any news site. We also devised a system to manually add fire origin points and evacuation zones in an effort to provide this data to our readers as quickly as possible.

Those sources are then combined into a live-updating data visualization which seeks to bring order to the different sources using binning, shading, annotation and other techniques.

In addition to the live map, which was one of our most popular pages in 2019, we also developed the ability to embed portions of the map focusing specific fires into related stories on latimes.com. 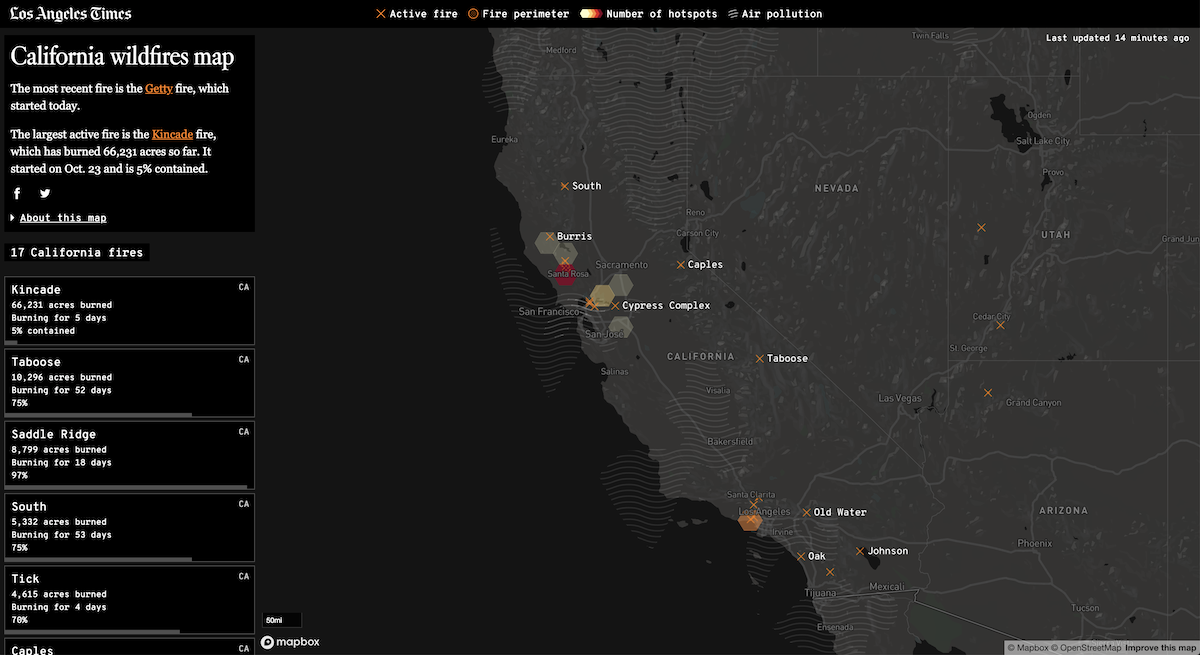 Examples of the map in action

This live fire map from @latimes is an incredible feat of coding — especially when done on the fly as a number of fast-moving, wind-driven fires broke out yesterday. https://t.co/exSg9XM0os pic.twitter.com/QtOlRzE4uY 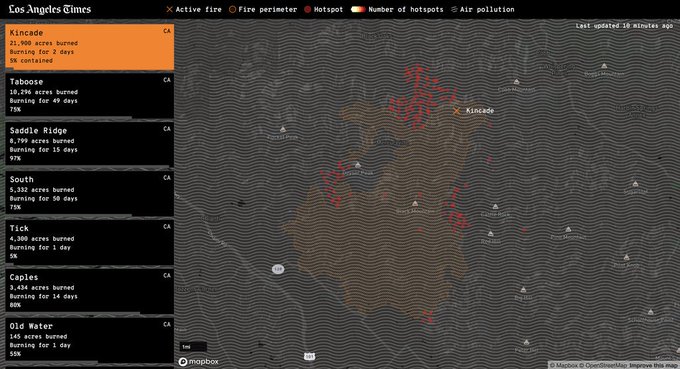 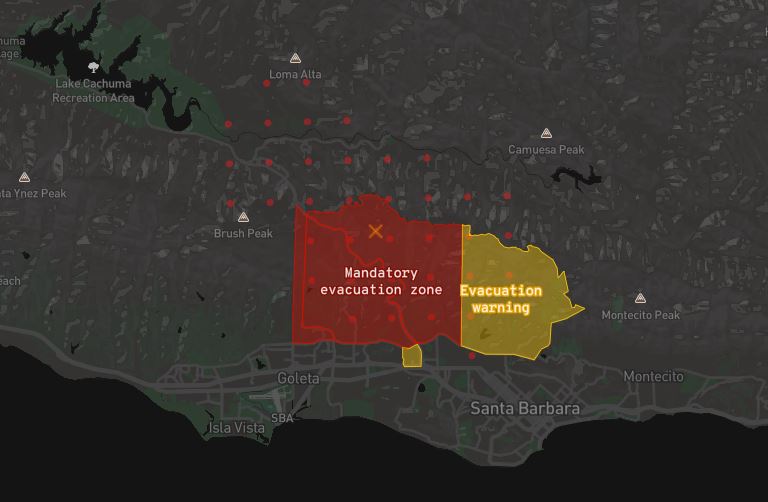 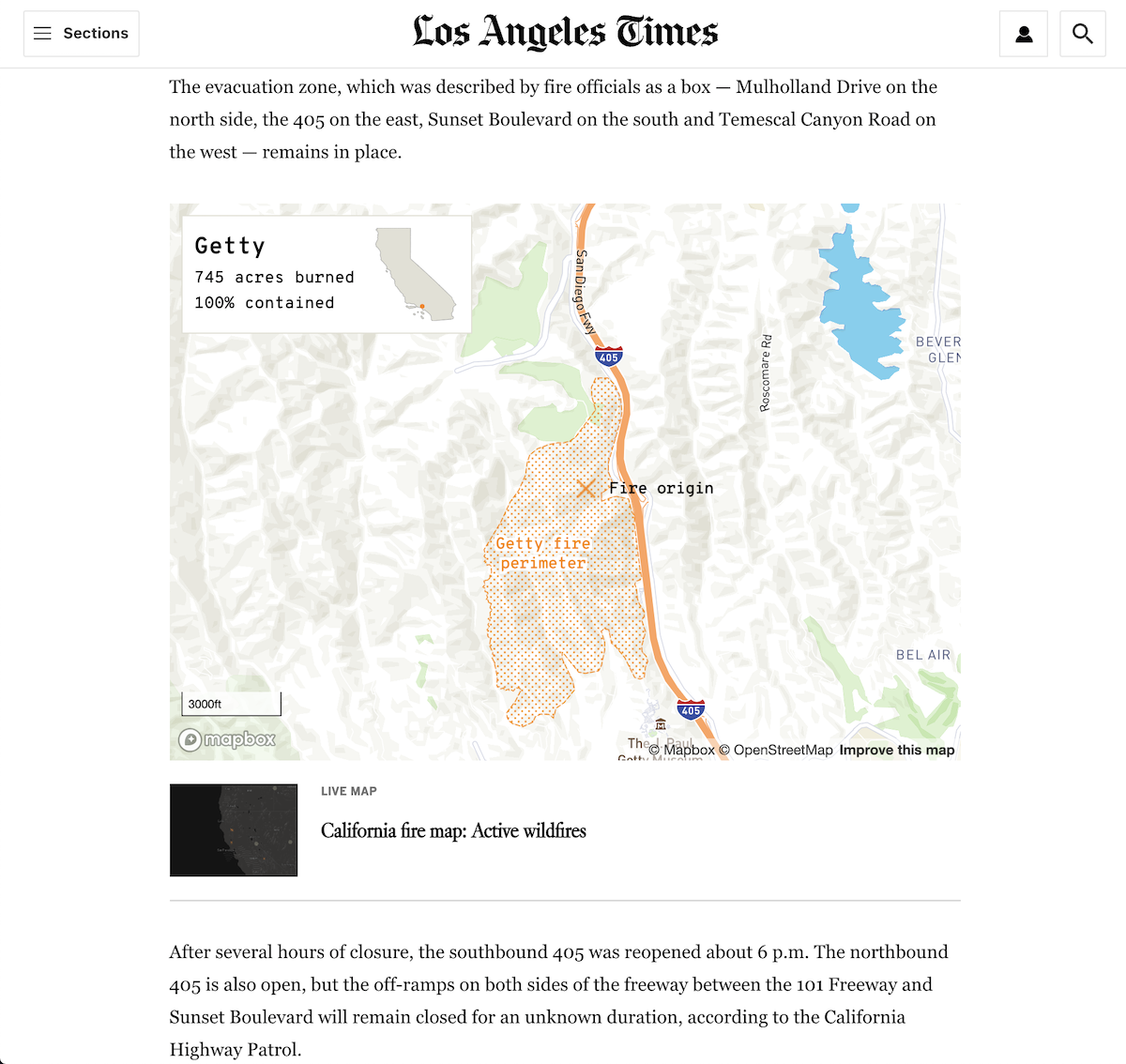 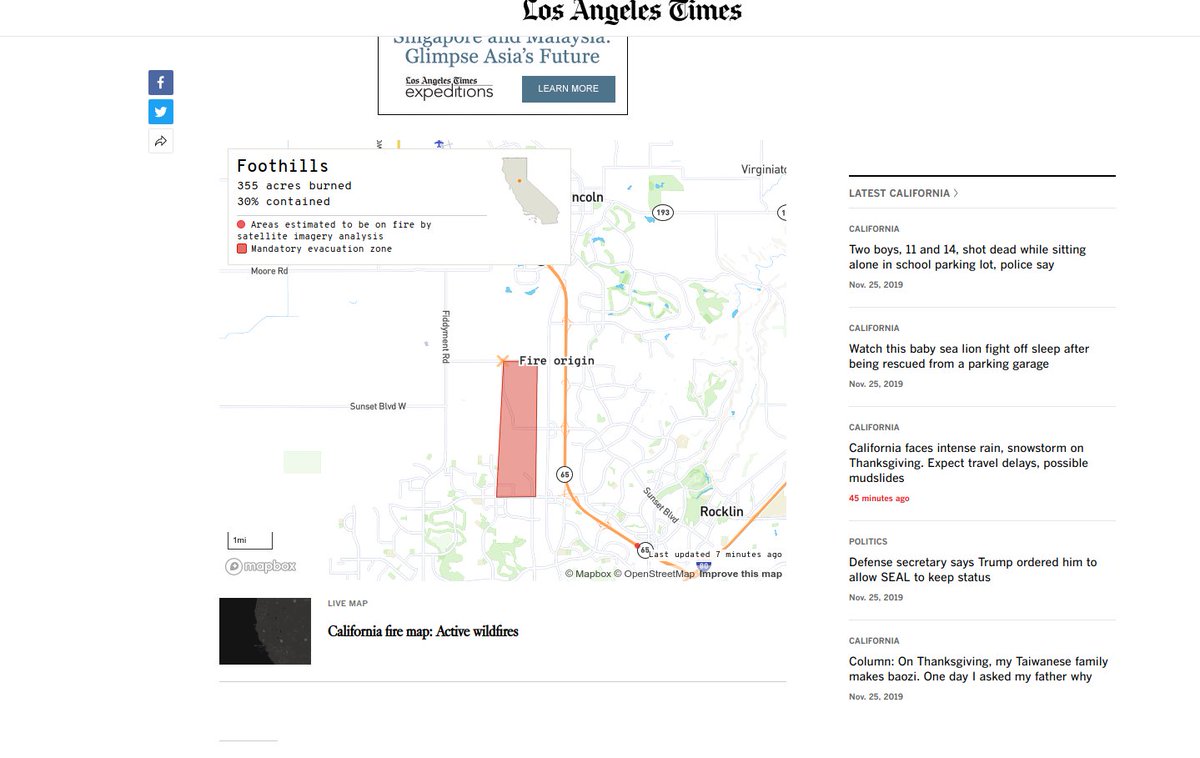 Firefighters say forward progress on the small #FoothillFire has been stopped.

Read the latest from @latimes in this post, which includes the first live fire embed map powered by @caseymmiller's always-on app.https://t.co/nnOV2YU3K9 pic.twitter.com/Tfsg6Ahx1v