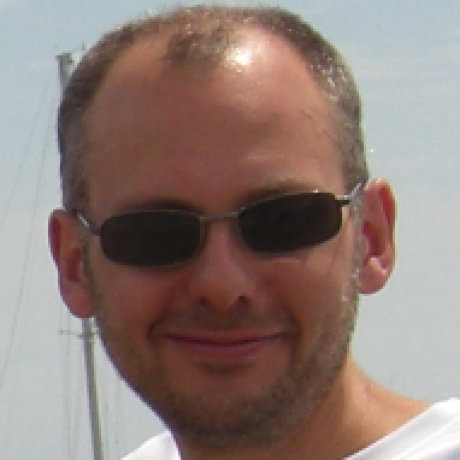 Inspired by Amit Patel's diagram illustrating cube coordinates. That diagram initially confused me because the edges of the grid cubes centered on integer coordinates in the plane x + y + z = 0 don't themselves lie in the plane, so it seemed like the animation "cheated" at the end by dissolving to planar hexagons. But of course the point is just that the silhouettes of those cubes form a perfect hexagonal tiling of the plane. That tiling is highlighted as red hexagons here.

I made this animation to get a better intuition for how those cubes intersect the zero plane. It shows what happens as we slice the cubes at x + y + z = w while reducing w towards 0. Fittingly the slice where the zero plane intersects each cube is in fact itself a hexagon which is inscribed within the hexagonal silhouette of the cube and rotated by 30° to that tiling. In the triangular gaps we see grid cubes centered on the planes x + y + z = ±1 poking through from above

A simple clock made with D3.

After I'd made it I got a bit caught up in trying to make it look like Dieter Ram's Braun clock face adding a whole bunch fo extra stuff...

It's still not quite there.

Illustrates how to use Vladimir Agafonkin's clever simpleheat JS library to overlay a heatmap of Hopper search destinations on a D3 map.

Just for fun we use a separate svg layer 'under' the canvas to display the map, although it's easy enough to have D3 render direct to the canvas. The default canvas (and svg) 'background' is transparent so we can see through layers, making it easy to build up (say) an animated heatmap over a static map without continually redrawing the latter.