Semi-private keys are an expansion of the traditional idea of asymmetric keys, which have a public/private keypair, to N keys which can each represent a different capability level. In the degenerate case, a semi-private key system has 3 different types of keys. These are, to use the Tahoe terminology:

One of the goals of Tahoe is to keep the capability tokens for each of these short. Tahoe goes to pretty extreme lengths to do this, like symmetrically encrypting an RSA key and storing it along with a file.

I definitely applaud what they've done there and also believe that short capabilities are more useful. The real goal of a semi-private key system is to produce short capability tokens which are more convenient for users to distribute (potentially in non-digital forms)

The problem is Tahoe's description of semi-private keys is intended for DSA, however I would like to implement semi-private keys for use with NaCl. NaCl uses elliptic curve cryptography, so the implementation is slightly different.

This is, as best I understand it, how to implement it in terms of NaCl: 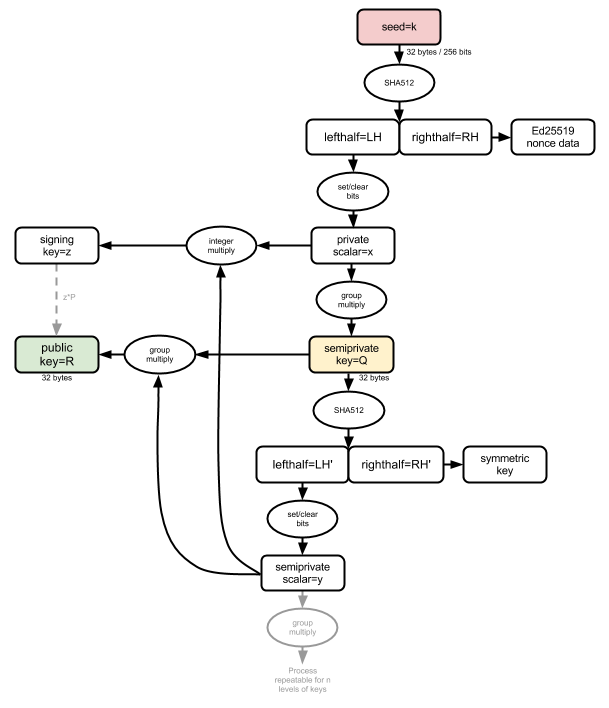 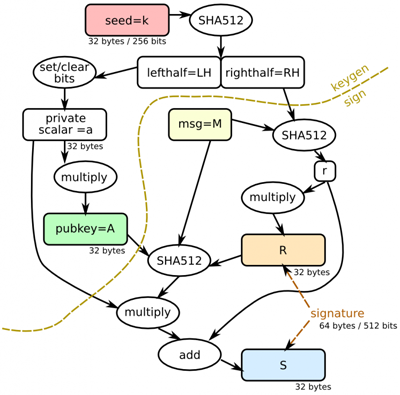 Semiprivate keys were originally Zooko's idea. The basic idea is described in section 6.1 of the Tahoe-LAFS paper.