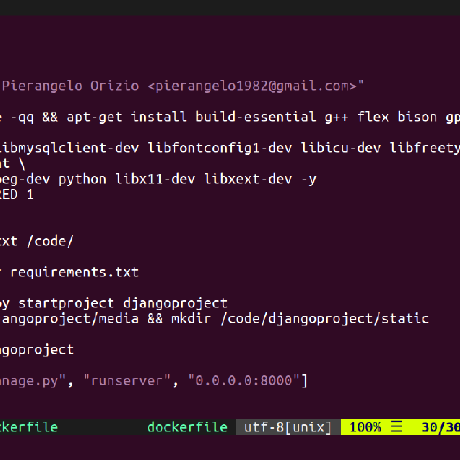 Note: This guide has been updated for use with @vue/cli version 4! Please make sure you're using the latest version of @vue/cli.

When it comes to starting new Vue projects, you can't really beat Vue CLI. The Vue team has done a phenomenal job of making an easy-to-use tool for getting started with reasonable defaults. If you're using Django though, you may not have the easiest time getting its static system and webpack to play well together.

A good chunk of this is applicable to any webpack-compiled frontend and Django, but we'll focus specifically on the steps involved with Vue CLI.

As a quick heads up: this tutorial assumes you're creating your Vue project in a folder named frontend inside of your Django project folder. If you want it named something else, or want it in a different folder, just update the paths accordingly.

pierangelo1982 / extract_emails_from_text.py
Last active — forked from dideler/example.md
A python script for extracting email addresses from text files.You can pass it multiple files. It prints the email addresses to stdout, one address per line.For ease of use, remove the .py extension and place it in your $PATH (e.g. /usr/local/bin/) to run it like a built-in command.