All FCC Rules apply, if you are not licensed you shouldn't be broadcasting on channels which are forbidden.

Loosely based on these GT-3 instructions.

I had a lot of trouble flashing on Windows 10 and MacOS, I should really have just started with Linux and not wasted a long time with the other OSes.

I used Mint which is a distribution based on Ubuntu, I'd venture to guess this would work with any debian derivitave and could probably be easily adapted to other distributions.

You need Python 2 to install CHIRP, therefore you need an older version of Mint/Ubuntu. CHIRP will not install on Ubuntu focal (20.x), but will on bionic (18.x). I tried hacking on it for like 2 hours with focal and failed hard. Use Mint 19.3 or Ubuntu 18.04 LTS.

You'll need a Serial-to-USB cable, we got two, one was nothing but trouble. Here how they appeared in lsusb:

This builds from source, you can experiment with the Flatpak, but this is what worked for me.

Get the latest source tarball from CHIRP, mine was chirp-daily-20210814.tar.gz.

Open terminal and do lsusb it should show up as the Prolific Technology, Inc. PL2303 Serial Port as above. Yes, even with the radio off.

I had some trouble running as my normal user, so I ran as root with much delight, again from the Terminal.

This will load the GUI application, which looks very bare bones. 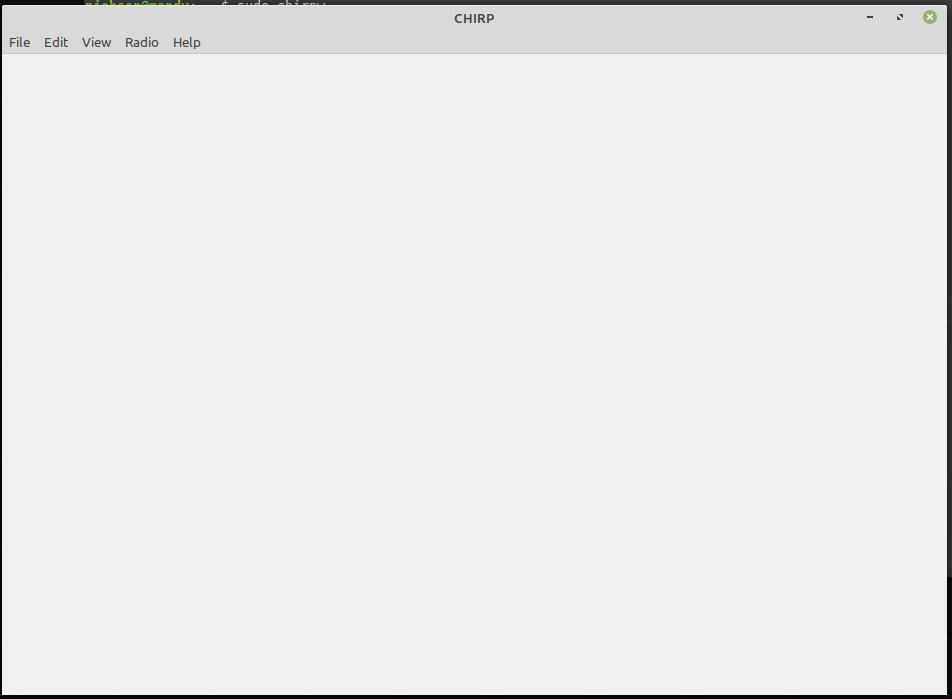 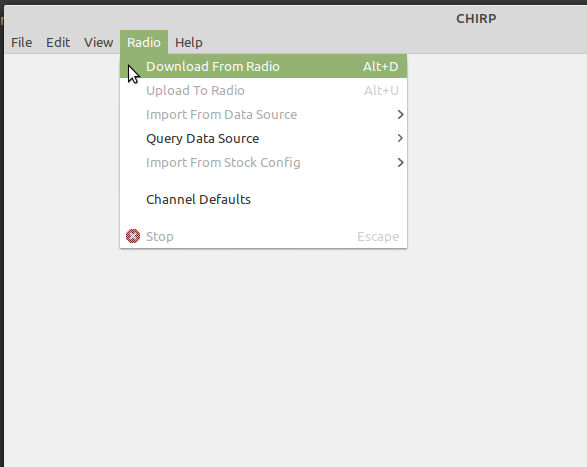 This will load the Radio selector, you can see I selected:

If you were curious, I did test every Model, none of them worked except this one. 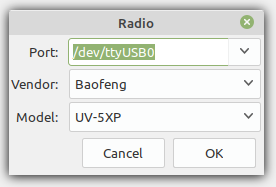 This will show some instructions, which we've already started. 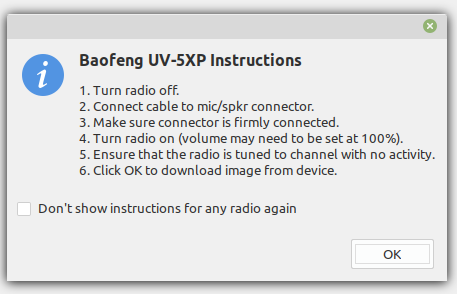 Now turn your radio on, yes, I know it shows a bunch of other stuff, ignore it.

This will start the cloning. 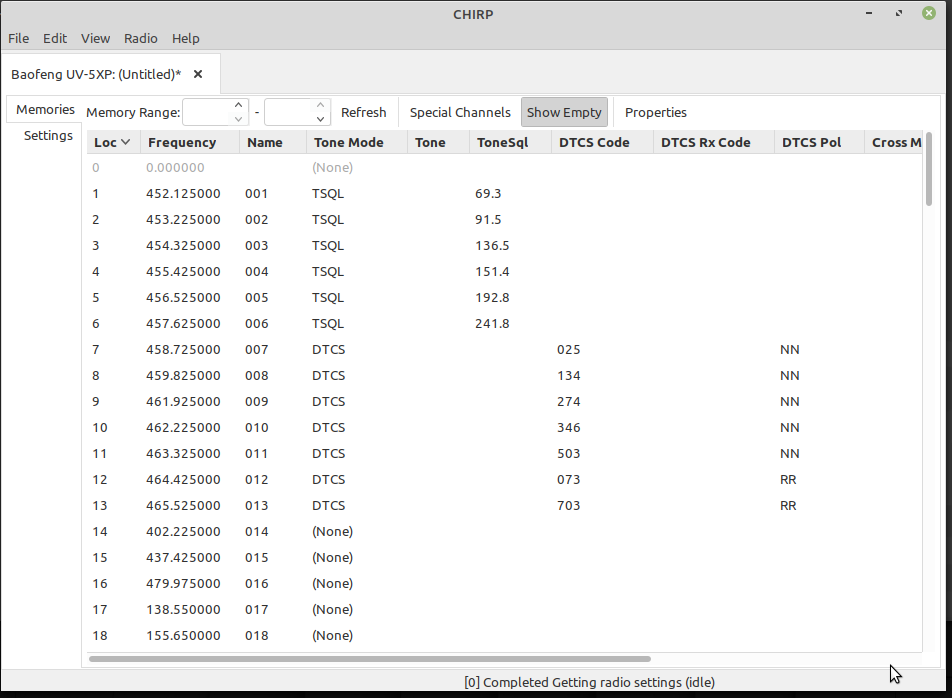 You should save now.

Modifying and adding channels is simple, in this example I'm just duplicating my Channel 21 to Channel 22.

Select Radio then Upload To Radio. 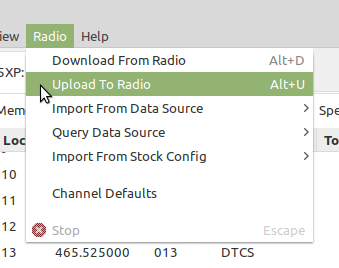 You'll get the Radio box again with everything pre-selected. 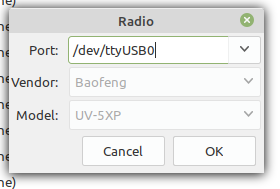 You'll get the instructions again. 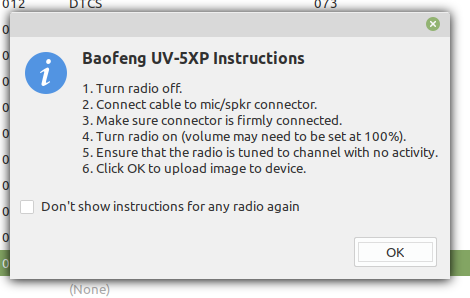 Assuming you have not turned off your radio, you can ignore this.

This will start the cloning again.

Once the cloning status messages disappears, your radio should reboot and you should now have whatever channels you programmed.