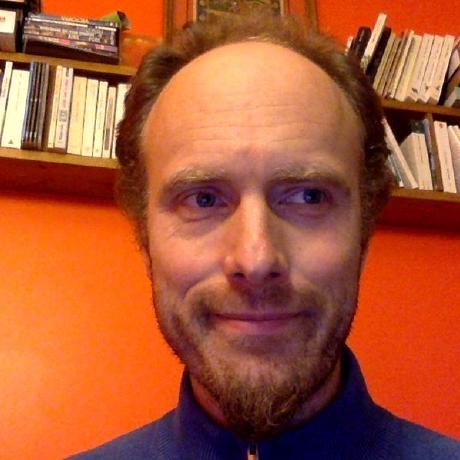 vella is currently built on top of S.js by Adam Haile. It is more or less Surplus, but with Hyperscript (and composability cranked to eleven). We may end up forking or replacing S, but the core idea will probably persist. Understanding S is required to get what comes next.

Lexicon: in the S docs, streams are called "signals", and dependent streams are called "computations". I'll use the same terminology for now here to make it easier for you if you're also scouring the S docs. They are mostly push streams AFAIU, but the author descrbes them as hybrid push/pull somewhere in the issues, not sure what he meant.

pygy / force-layout.js
Created
For those times you want to add entrance animations in Mithril, and the adding a class/animation in `oncreate` doesn't cut it.

Earlier this year at work we re-wrote an internal framework we used to create SPA e-learning courses. After briefly trying out React, Angular 2, Ember and Vue, we settled on mithril (https://mithril.js.org). If I were to compare it to the frameworks we tried out, I would say it's more like React but with a simpler, smaller codebase. By the way, if you like geeking out on code articles, the articles from mithril's old site have some real nuggets of gold (http://lhorie.github.io/mithril-blog/).

A few months after the re-write was done, I dug into mithril's codebase to gain a deeper understanding and this is what I found...

The main entry point into mithril's source code is the m() function, which is a hyperscript function that, according to the docs (https://mithril.js.org/hyperscript.html), represents an element in a mithril view. It's demonstrated below as: