Ours To Hack and To Own: a Review 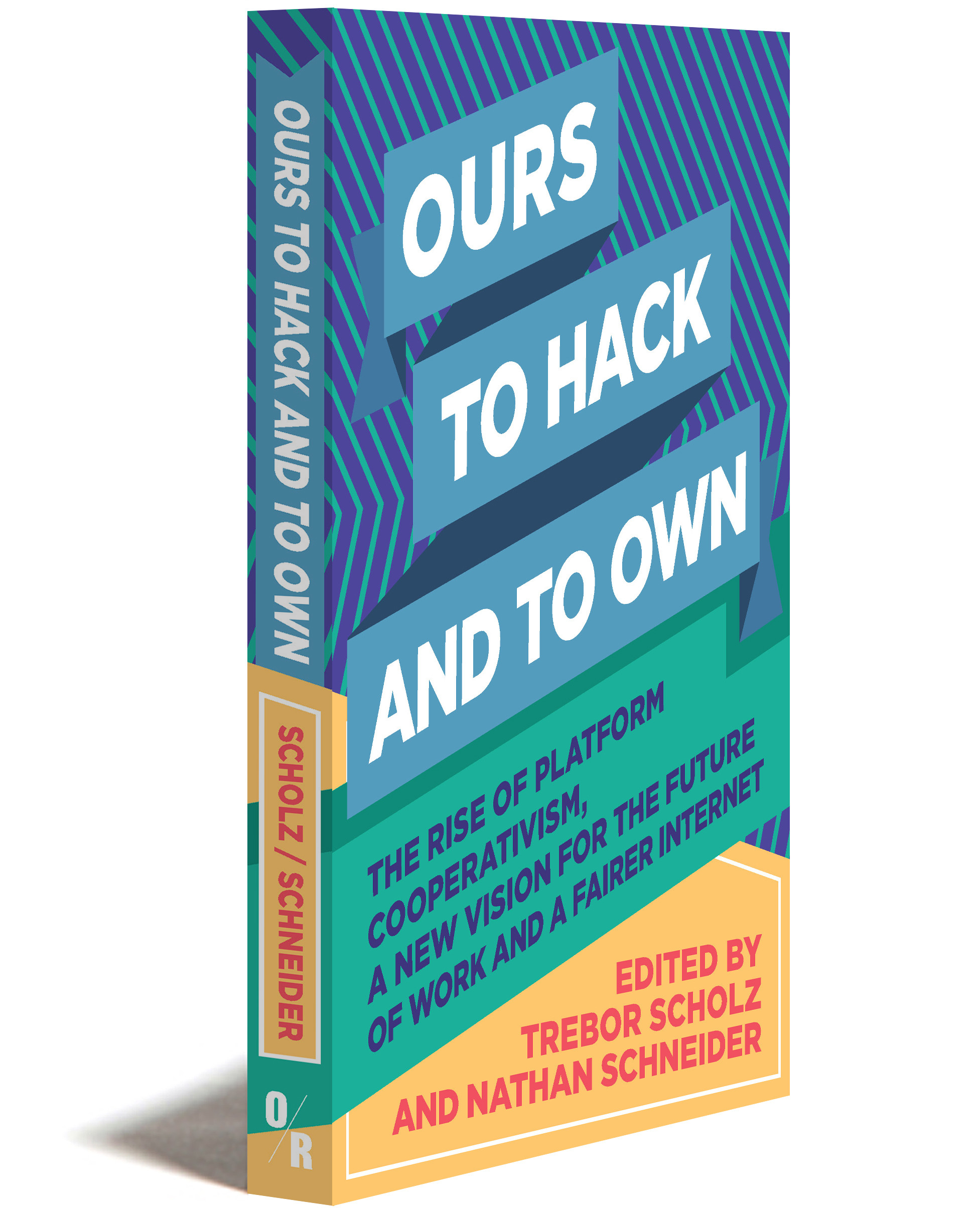 Platform cooperativism is the radical idea that the internet would do more good if its major properties were democratically owned and governed.

The second Platform Cooperativism conference is coming up next month in NYC, and to coincide with the event, Trebor Scholz and Nathan Schneider are launching a new collection of essays on the topic, called Ours To Hack and To Own.

I work at Loomio (a kind of platform co-op) and Enspiral (a kind of co-op platform), so Trebor offered me a sneak peek at the book so I could offer my thoughts.

I devoured it in two sittings.

I've selected a few quotes, almost at random, to give you a taste of the tone throughout the book: critical, urgent and hopeful. The critique is razor-sharp, but always delivered along with something to say "yes!" to.

Melissa Hoover from the Democracy at Work Institute sets up the problem and solution quite precisely in What We Mean When We Say "Cooperative":

"Workers’ needs clearly are not being met by current platforms. Platform capitalism removes any accountable mediator between capital and labor: there is no management to petition, no corporate structure to organize against, just the platform with its built-in discipline of user ratings and a contingent labor pool fathoms deep. Meet the new boss, same as the old boss — except without, you know, any actual boss, just the unmitigated imperative of capital to return value to investors. Cooperatives actually connect investors directly to markets, too, but in a very different way: the investors are members of the cooperative itself. This alignment of interests can capture the promise of the platform — direct connection to distributed markets — while centering worker benefit as its reason for being."

In Blockchains and Their Pitfalls, Rachel O'Dwyer, delivers the perfect one-line takedown of techno-determinism:

"The last decade has shown us that there is no linear-causal relationship between decentralization in technical systems and egalitarian or equitable practices socially, politically, or economically."

There's plenty of diversity of opinion between the dozens of contributors. Take for instance Astra Taylor's piece Non-Cooperativism:

"Centralized public options need to be on the table along with decentralized cooperative or commons-based ones. We need to think creatively about how they complement each other and how they can be combined. (Consider Janelle Orsi’s proposal for a municipally owned alternative to Airbnb.)"

The most exciting thing about Ours To Hack and To Own is that it opens a space for conversation between two groups that have been basically ignoring each other.

In the first camp you have the start-uppers, techies, entrepreneurs and blockchainers... people focused on the future. They're motivated by what's new. In just about every innovation they can see the promise of a more equitable society, right around the corner.

In the second camp you have the political activists, academics, and labor organisers... people who have read enough history to understand that nearly all these innovations are doomed to be absorbed by the logic of capitalism.

I have a lot of friends in each camp, but know very few people who operate comfortably in both arenas.

I think this inability to talk with each other is kind of a major problem: that first group is holding a huge amount of influence over the future, but the second group holds all the lessons from the past.

So I go into one room, and the blockchain fanatics are telling me about distributing power, but not one of them has read a single book about the history of feminism, Marxism, or civil rights! Then I go into the next room, and the political radicals are having a great time dismantling all those shallow techno-utopian ideas, but they're completely silent on the positive potential of new technologies.

That's the genius of this book: it brings the futurists and the historians into the same room.

Having digested the essays about this new platform cooperativism, and the showcase of dozens of new platform cooperatives, I'm left with one abiding question: are we looking at the front edge of a new insurgent movement? or the fringe of an idea that's doomed to be permanently marginalised by powerful incumbents?

For me, the jury is out, but this impressive collection of thoughts, experiences, resources and new collaborators is likely to have a significant impact on the outcome.

If you want join the conversation, grab your copy of the book, join us at the 2nd Platform Cooperativism conference in NYC in November, or drop me a line on Twitter, I'm @richdecibels.