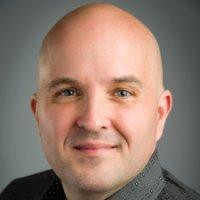 PDF was initially released over 23 years ago, it solved a very important problem. How could you provide an electronic equivalent to paper?

As a standard, like most things evolved over decades, it’s actually pretty awful. The specification reads like it was designed by an army of people who seldom spoke and had no long term plan.

That said, it is without a doubt still one of the most important file formats on the web. Its issues are a direct result of the era it was designed in, open standards were far from the norm, the desktop was king, and the internet was primarily used for email.

A lot has changed since then, but PDF itself, though it has had more features added to its specification, has not materially changed much. Some of the larger issues with the format include:

WebCrypto is relativley new but it is already used in some very popular services, some of which include:

Transport Layer Security (TLS) and its predecessor, Secure Sockets Layer (SSL), both frequently referred to as "SSL", are cryptographic protocols that provide communications security over a computer network.

A Progressive Web Appplication uses modern web capabilities to deliver an app-like user experience, these applications are sometimes built as isomorphic web applications. In these cases, much of the code that runs on the client also runs the server.

This combination of approaches and the various technologies that make them possible are being used to build a new class of web applications that can often come together quicker and in many cases are indistinguishable from native applications.

I believe Web Crypto is a great addition to this toolchain. With the Web Crypto these applications can incorporate strong,

We do security-oriented development in Javascript on both the server (Node) and in the browser and strive to share code whenever possible. This led us to build a few different libraries based on Web Crypto, the first of which was PKIjs.

The first commit to PKIjs, our PKI library for browsers based on Web Crypto, was in February of 2014. When we started this project Web Crypto was basically only supported by Chrome. Today that picture has changed a lot and all major browsers support it to varying degrees.

Using Web Crypto made sense to use as the cryptographic library for this project for a few reasons, one of the largest being the risks associated with Javascript based cryptography.

Though browser support for Web Crypto has improved significantly there are still a [few rough edges](https://www.boxcryptor.com/de/blog/post/bui