Author: Richard Wei (rxwei@google.com) on behalf of the Swift for TensorFlow team

The differentiable programming feature (AutoDiff) has been incubated in the 'tensorflow' branch of apple/swift since December 2017 and released as part of the Swift for TensorFlow toolchains. The Differentiable Programming Mega-Proposal, which serves as a manifesto, received general positive feedback from the community, but there is a long way between receiving conceptual approval and obtaining Swift Evolution approval of such a large feature. We would like to merge the pieces into the 'master' branch under a gate to further development and bake the feature on master, just like Apple develops its major features.

The maturity of the differentiable programming feature is improving and we would like to start a series of formal reviews on Swift Evolution. We realize that these will go smoother if the code is formally reviewed, and the best way to do that is to merge the code into the 'master' branch while disabling user-visible changes under a feature gate. As portions of the feature are approved by the Swift Evolution process, they can be moved outside of the protection of the feature gate.

The differentiable programming feature requires changes to many parts of the core language. The following graph demonstrates the dependencies and roughly how things should be upstreamed piece-by-piece. 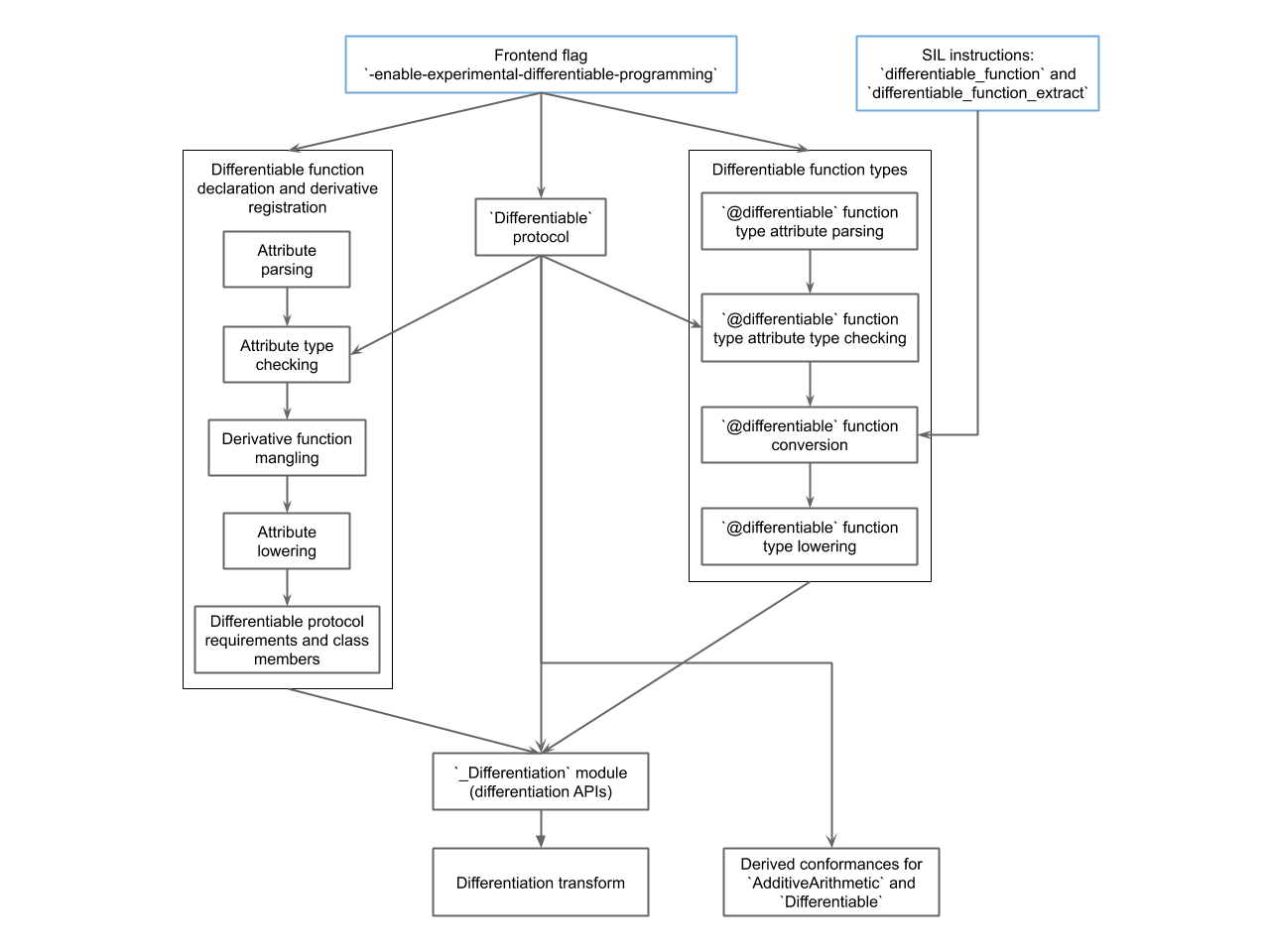 Code owners of the differentiable programming feature include Richard Wei (@rxwei), Dan Zheng (@dan-zheng), and Marc Rasi (@marcrasi). Upon any breakages of differentiable programming tests caused by changes in the 'master' branch, the code owners will aim to respond within a business day after any code owner is tagged on GitHub. Actual engineering fixes will be assessed collaboratively on a case-by-case basis.

The Differentiable Programming Mega-Proposal will be repositioned as a manifesto and be upstreamed to the 'docs/' directory in apple/swift. The authors will draft smaller proposals that contain references to the manifesto for detailed design and math definitions. The smaller proposals will contain significantly more code examples describing the additions and how to use the feature. The first such proposal will include minimal changes that make the basic differentiable programming work, including the following user-visible additions: