I'm trying to break a set of data into "cycles" for further processing. The data has no additional flags associated, so I can't identify the cycles any other way except numerically. Visually plotting data shows the cycles, but I'm looking for a robust numerically approach. 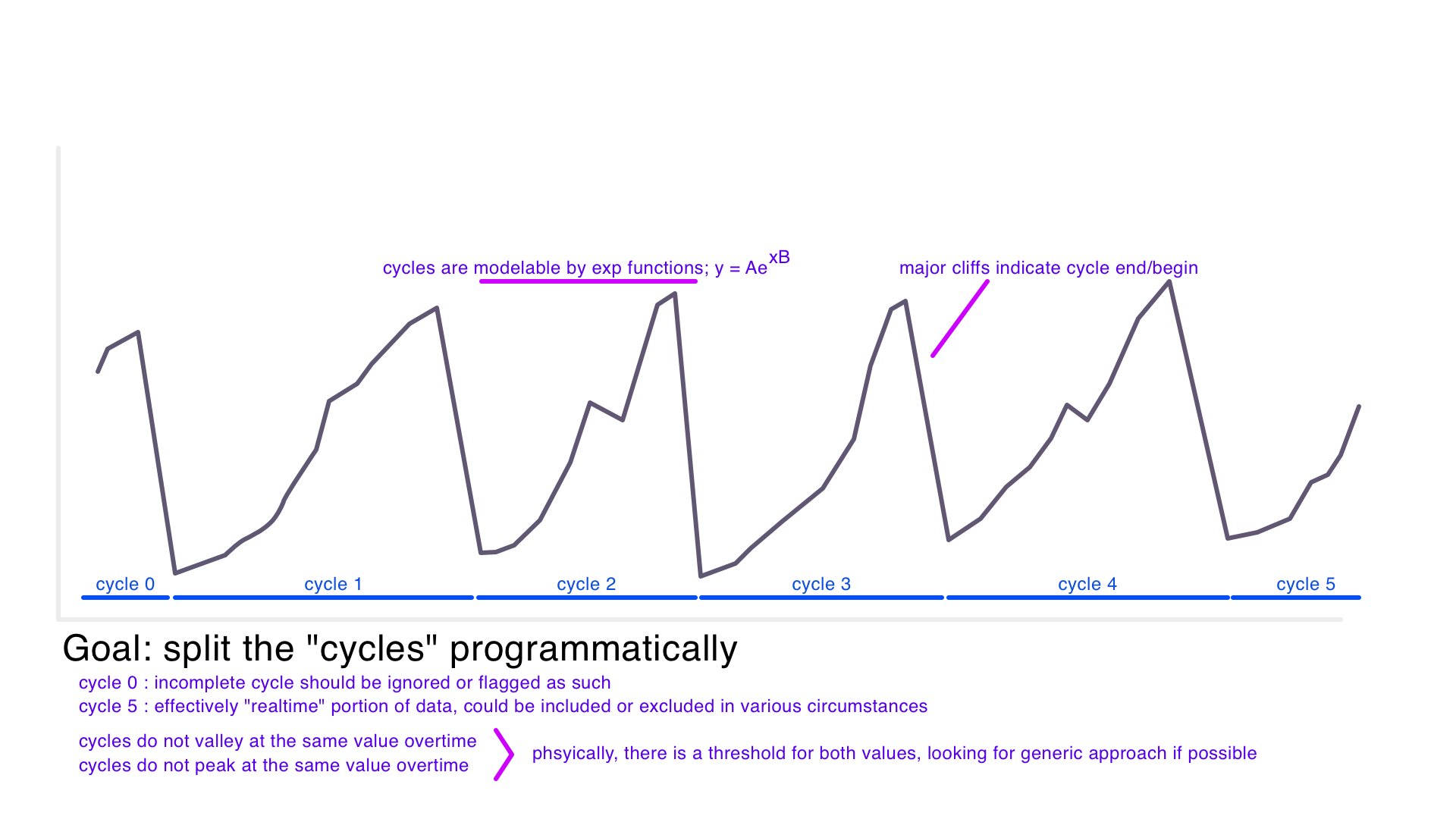 This breaks down when an initial cycle is not long enough, and gets kept in the results of the following cycle. As shown in the example graph above, the cycle 0 could get into cycle 1 if the MAV doesn't smooth it over.

What's an industry used approach for this kind of problem?