This (and related gists) captures how i created my docker swarm architecture. This is intended mostly for my own notes incase i need to re-creeate anything later! As such expect some typos and possibly even an error...

Each major task has its own gist, this is to help with maitainability long term.

More Details on What and Why 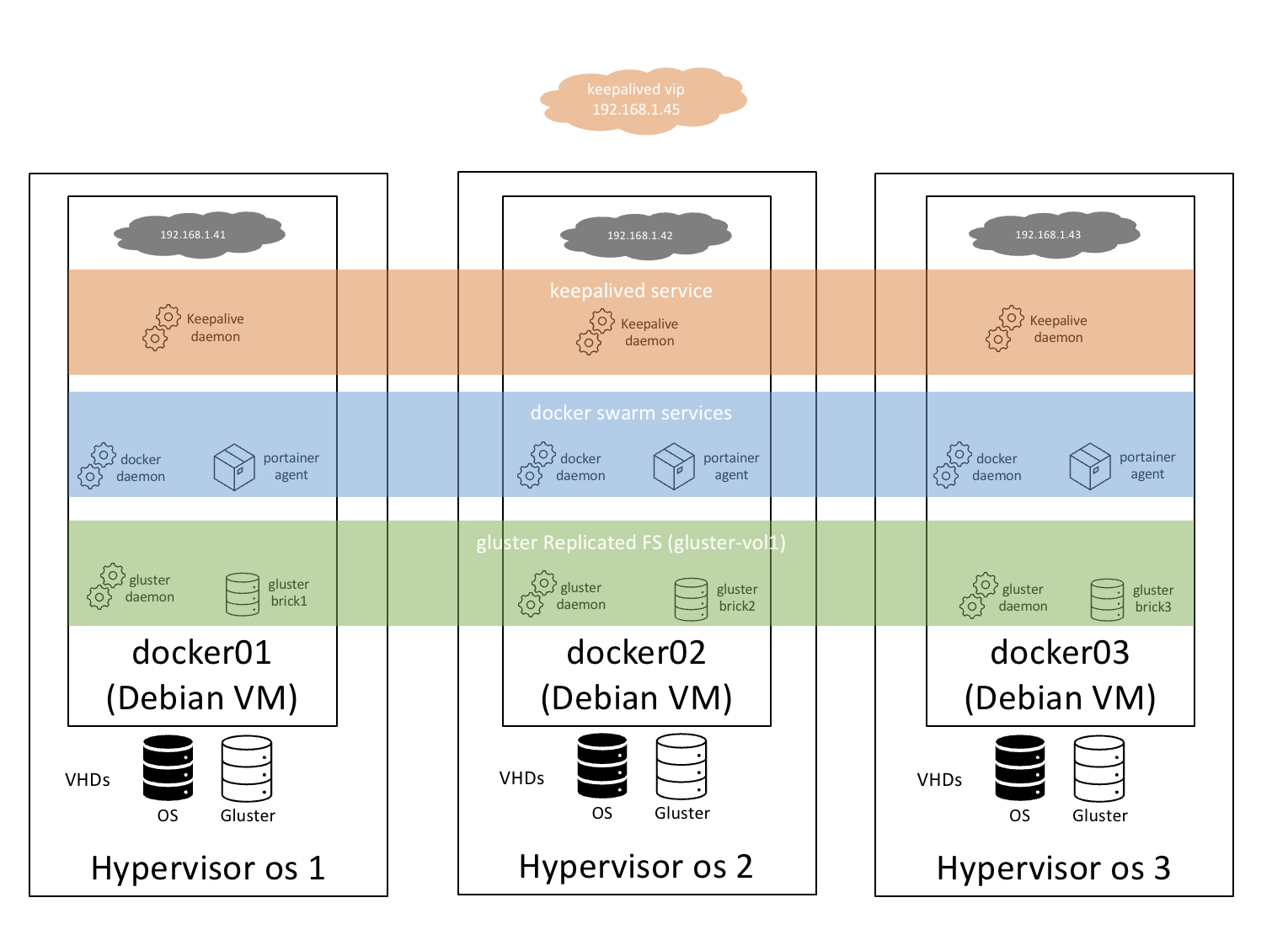 Docker containers are ephemeral and generally loose all their data when they are stopped. For most docker containers there is some level of confguration state you need to pass to the container (variable, file, folders of data). Simillarly many containers want to persist data state (databases, files etc)

On a single node docker most people map a directory or file on the host into the container as a volumen or bind mount. We also see the following more advanced techniques used:

In a swarm where you want a container to run on any node you need to find a way to make the data available on all nodes in a safe effective way.

If you have a simple container that only needs environment variables to be cofigure you can do that directly when you deploy the portainer template as a portaineer stack. See this cloudflare dynamic dns updater as an example.

and for nost folks NFS/CIFS shares are not replicated for high availability.

This is why in this architecture i have chose to see if I can overcome these limitations uings glusterfs.