DelaunayJL is an incremental 2D Delaunay triangulation algorithm implemented in Julia, it is robust and ~20% faster than CGAL, the C++ de-facto industry standard. And it's MIT Licensed! all links to code are below

Show me the data!

this is the code for the Julia benchmark:

and this is the code for the CGAL benchmark: 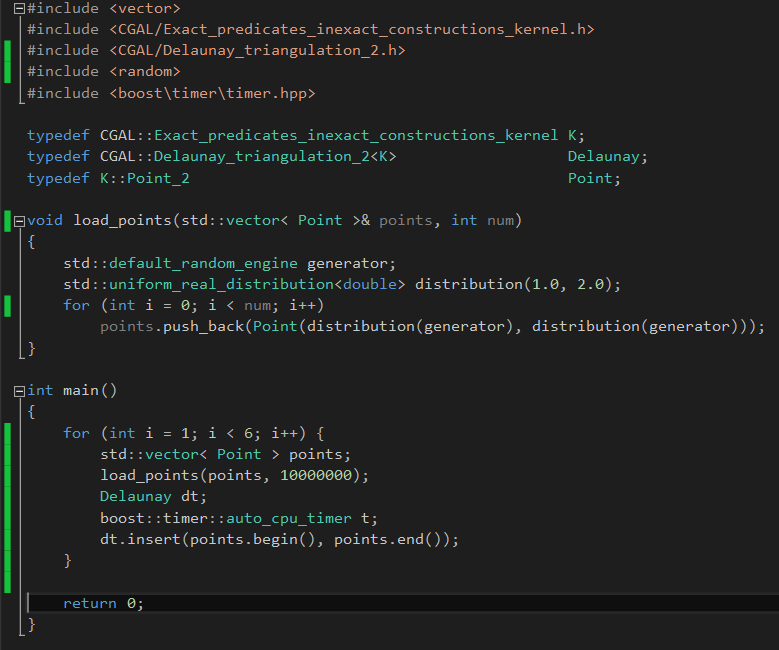 Note that the CGAL benchmark measures also the time needed to allocate memory for the Delaunay construction. In Julia it is pre-allocated. I think pre allocation is the idiomatic thing to do when you have a gc, and I couldn't separate the allocation in the C++ code, so this is the way it is. Fair or not, at least I don't hide this :)

Prove your implementation is correct

Fisrt, take a look in the examples demostrating some random and regular distributions: 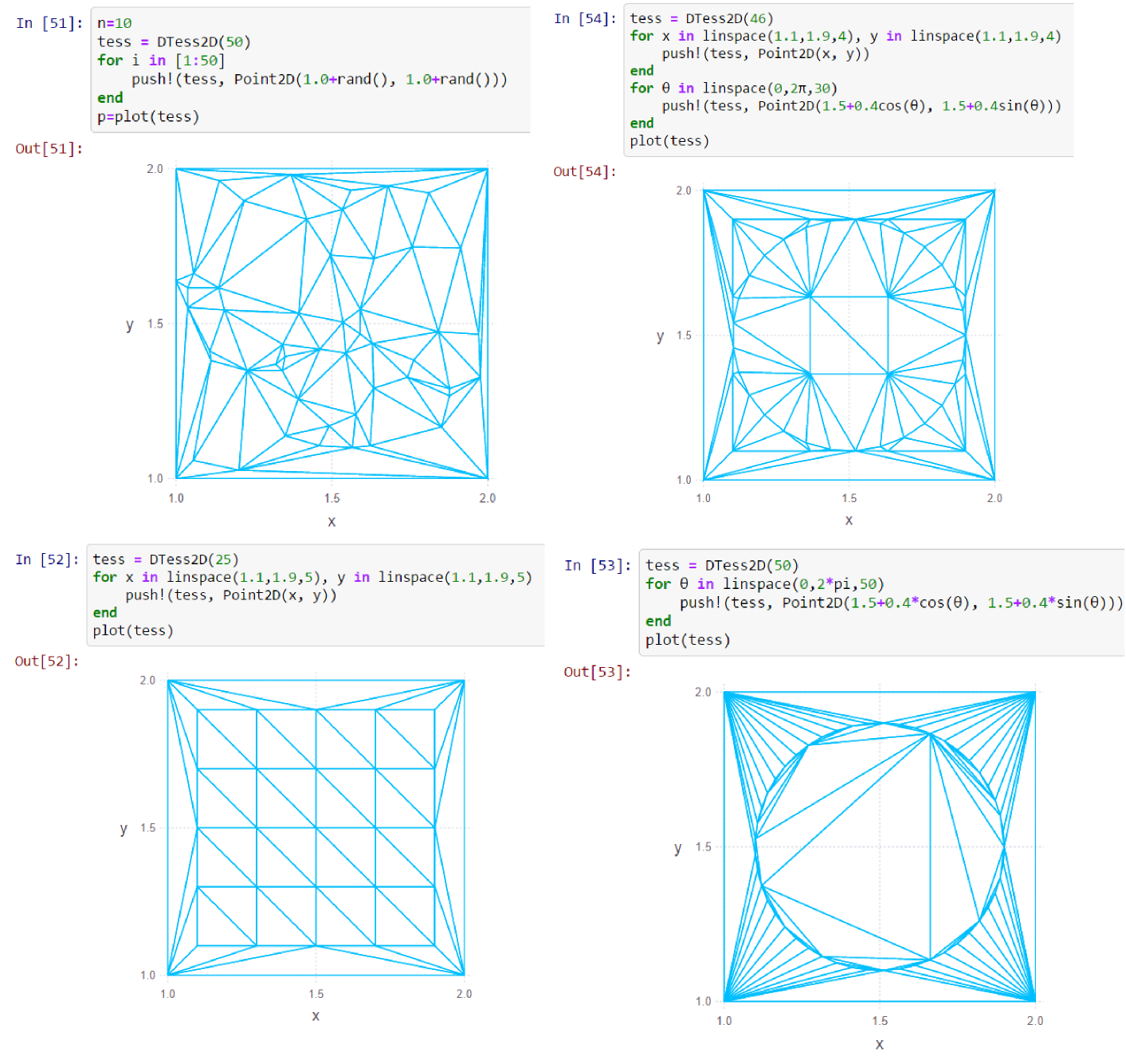 Then, take a look in the code. It contains several tests both for the predicates and the Delaunay construction. A couple of tests build a tesselation from a random distribution of 10000 points and then checks explicitly that every point lays outside any circle built by any other triangle in the tesselation. This is repeated also for a regular point distribution. Also some very small tessellations are built and checked "manually" for correctness. If you find a bug however, let me know :)

How do the algorithms compare?

Both CGAL and Julia implementations use an incremental approach. Both use a scale free spatial sorting, so diffferent distributions (as long as they are general position) should not make a difference in the timings. Therefore, for e.g., I didn't test for clustering. In fact the spatial sorting is exactly the same: a complete random shuffle, followed by multi-scale Hilbert-median sorting. All the thresholds and ratios used for multi-scale sorting and Hilbert sorting are also similar.

There are other difference in data sctructures. For e.g. I save a few calculations inside each triangle for fast predicate execution, and I chose not to store a pointer to the index of opossing points inside adjacent triangles. I don;t know if CGAL does the same. Most probably not.

Julia implementation uses about 2-3x the memory of CGAL. I'm not sure why, maybe the GC, maybe the different data-structures.

Is this a library?

Not yet, but it will be. The code currently is fast but very rough. I'm sure some macros would help. There are many things to do, for e.g.:

Note that 2D AND 3D predicates are currently working. So I would say about 20% of the work of implementing a 3D Delaunay construction algorithm is already done

Some experiences writing it

It is fun writing Julia. I changed data structures and algorithms with ease. I don't think I could have done this with the same ease using C++. Also installing CGAL was not easy.