Every blockchain needs a way to determine who will add the next block of data.There are two common types of blockchain out there: Proof-of-Work and Proof-of-Stake. Each blockchain has its own unique mechanism through which it process transactions to enable blockchain functions.

Proof of work (PoW) is one of a plethora of consensus algorithms. It was first used in Bitcoin in 2008 and is powered by the network of miners. All the network miners compete to be the first to find a solution for the mathematical problem that concerns the candidate block.For every found block, miners are rewarded a prize provided by the protocol.

However, the main challenge with PoW is its high consumption of energy and the potential of 51% attack, which is extremely high for newly launched PoW-based blockchains.

Proof of stake (PoS) is a different way to validate transactions based and achieve the distributed consensus. It was first introduced in Peercoin in 2012. After years, the PoS has been evolved to become the most popuplar protocol in the world of cryptocurrency. The key idea is that the creator of a new block is chosen in a deterministic way, depending on its wealth instead of computational power. It thus reduces the energy consumption and potentially prevents the 51% attack.

First introduced by DASH in 2014, masternode has become the hottest theme in the crypto world in the recent years. A Masternode is a crypto full node (computer wallet) that supports the network by hosting an entire copy of the blockchain. It can operate in either PoW-based blockchains or PoS-based blockchains. However, due to the potential of 51% attack, the later deployment strategy is more preferrable at the moment.

The masternode is associated with a frozen collateral of the applicable coins on the account of the masternode owner. The masternode owner will be rewarded the payment as the percentage (e.g., 70-80%) of rewards from a found block for their services. It is a great alternative to the traditional PoW and PoS.

In the recent years, masternode coin has become the most popular crypto scheme in the market and it has also been recognized as the most profitable passive income earning method for crypto investors. However, there are still many challenges that make operating them out of reach for many capable investors. These come from technical complexity perspective to expensive startup costs for participation.

For any masternode project, users/investors are always provided a step-by-step documented guide on how to set up and run a masternode by their own. However, it's not always straightforward approach while users/investors still need to perform several handy tasks like setting up their own virtual private server on a cloud hosting provider or typing several command lines on a non user-friendly terminal. Although, there have been automated script provided by some masternode projects, a large majority of investors shy away from this technical complexity, especially for those who do not have much experience with computer and unix systems. It becomes more critical when the masternode hosting server has problem (network disconnected, server is failed/down...).

In order to run a masternode, one needs to deposit/hold a significant amount of the applicable masternode coins which is called "collateral". The collateral requirement varies among different coins, but it is still a big concern for investors who have small capitals. For some coins like DASH which requires a capital of approximately $200,000 which is out of reach for many retail investors.

To cope with two previous challenges, several shared masternode hosting projects have been launched in the last few years. However, investors still find difficult while investing as non of them provide user-friendly dashboard, automation of reward payments, a lack of intuitive and userfriendly platform that allows the users to simplify launch operations. More importantly, tasks executed by the team behind the platform is still not transparent enough to the investors.

This challenge has been raised by some of our investors when they invested into multiple masternode projects at the same time. Rewards they received from running those masternodes are stored either on local wallet or on some exchanges. This may not be convenient as sometimes they want to reinvest to the same project or grab quickly a shot from a newly shared masternode while they are on train or so. Therefore, it is neccessary to provide investors a better way of managing their rewards as well as their crypto budget so that they will never miss any chance of reinvest/investment.

Snode was founded in December 2017. Our first masternode solution was launched after few months. After the success of the first launch, we gained much traction from community which motivated us to push Snode forward, thus our vision and mission have been redefined.

Our mission is to expand our core value from providing multiple high quality masternode services to offering blockchain project development and support services, and many others.

At Snode, we are trying to solve all of the aforementioned challenges and to make our vision become a reality. The following describes our current and short-term planned solutions.

Snode makes running a masternode easy enough for anyone. By providing a user-friendly interface layer the need for strong technical skills is removed. Behind the scenes our flexible infrastructure and scalable distributed network ensure maximum performance and reliability.

In the next release, our dashboard will be much more improved. Our users will be provided all information related to their investment. The information is transparent and can be viewed by using our tool or other 3rd party tools. In addition, our users can now monitor their masternode rewards of any coin in more organized way.

At Snode, we have been making our system as automated and transparent as possible. The automation has been there in most of our tasks ranging from the reservation, replacement to accountant and payouts. From a transparency perspective, our customers can always track what tasks we have done on which nodes.

Instant Masternodes
While shared maternode really helps small investors, all its shares must be fulfilled before it can be started. This sometimes takes time and is inefficient. With the coordination from blockchain's development team, Snode has introduced instant masternodes lately. Instant masternode, while preserves all advantages from shared masternode, takes no time to be started because it is already filled. After sending the coins in a dedicated masternode, investors do not need to wait for their investments to start making benefit. Our instant service gets users rewarded instantly upon joining pool.

Truth-less Masternodes Hosting
You will not need to send in masternode collateral. Snode will guide you through the steps that help you setup your own masternode using Snode's infrastructure. Your coins will never leave your wallet and the rewards come directly to your wallet.

Automated accounting & Payment
With this unique feature, the distribution of rewards is accurate; rewards are precisely calculated up to 0.00000001 (yes, eight numbers after the dot). This feature does not only help in rewards distribution, but it also helps automate all payment processes, i.e., refund of the investment, payment of the bonus, etc. AND, more importantly, this new payment mechanism helps us reduce the network fee to 50%.

Referral Bonus System
For every referral, you get 20% bonus from all the referred people deposit as long as they still get rewards, and you can withdraw this bonus with zero withdrawal fee.

Bitcoin/SnodeCoin buy in
Tired of sending BTC to exchanges to buy coins for masternode? Don't want to waste your time trying to find the coins? All you need is our BTC/SND buy-in feature. Now you can jump in any masternode of coin you want, just by spending BTC or SND. You can also receive reward in form of BTC or SND.

Note: to be converted into graphic display

5000$ worth of referral bonus has been paid.

40 masternode coins have been supported.

900+ masternodes have been setup, nearly 500 of which are running

90%+ of investors reinvested after their first investment.

15 major and minor versions have been released

Snode Coin is released with the mission of providing a convenient way for our customers while investing into all projects in Snode’s Eco System. Snode Coin is essentially a hybrid system. In addition to the traditional Proof-of-Work (PoW) and Proof-of-Stake (PoS) concepts, Snode Coin also employs the most beneficial crypto-earning method - masternode. Powered by Neoscrypt - a well-known ASIC resistant crypto algorithm - during PoW phase you can all have chance to earn Snode Coins by using consumer grade hardware’s like CPU and GPUs. During PoS phase, the most recent PoS protocol, PoS v3.0 is used.

The presale of SnodeCoin ran from 15th September 2018 to 25th September 2018. It was divided into four phases. The first three one-day phases offer 10 dedicated SND masternodes each phase to the early investors. The last phase offers 10 shared SND masternodes with 20 seats of 500 SNDs each to the early investors. The presale has ended successfully and 90% of SNDs planned for the presale has been sold.

Note: need a graphic on the number of masternodes sold during the presale 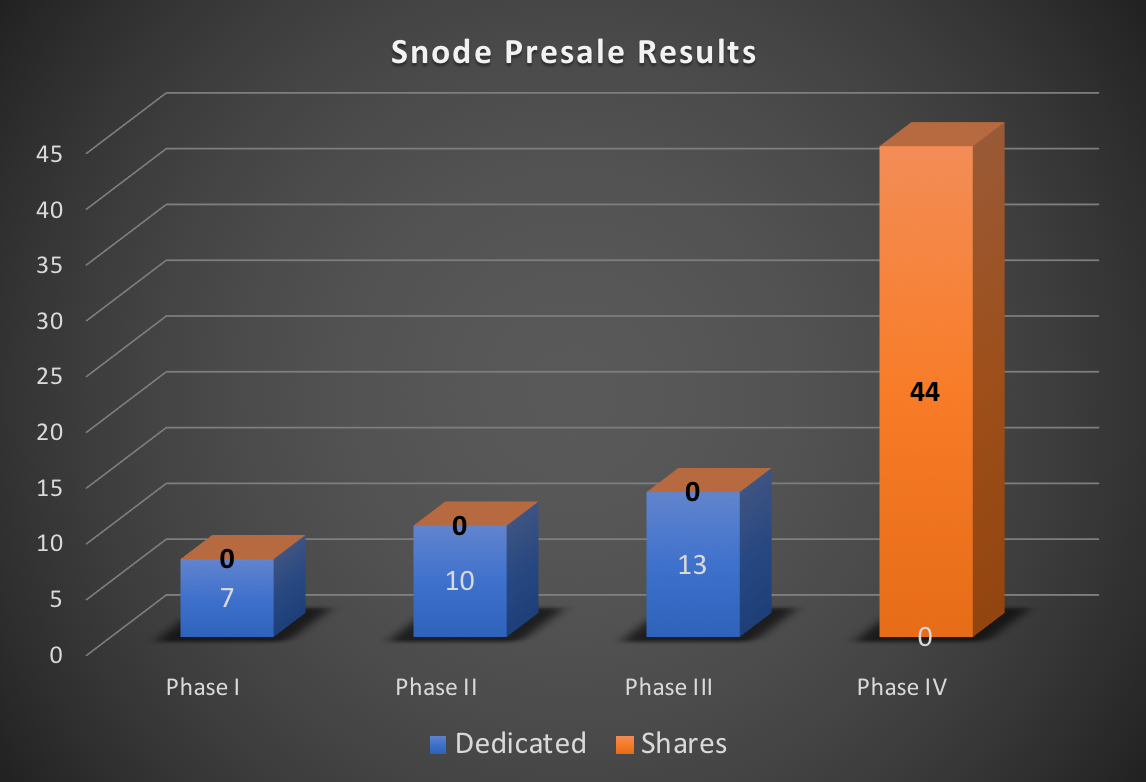 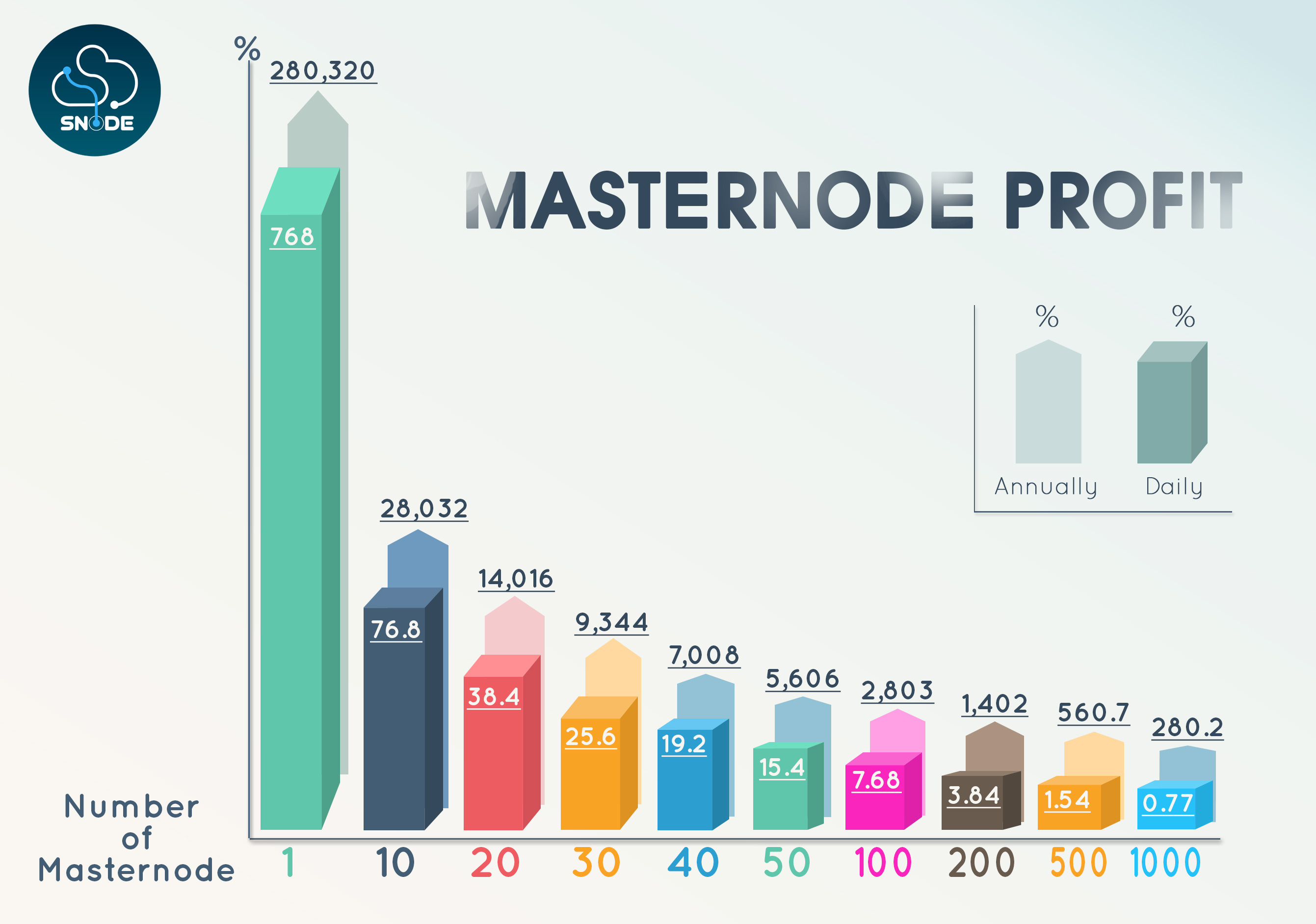 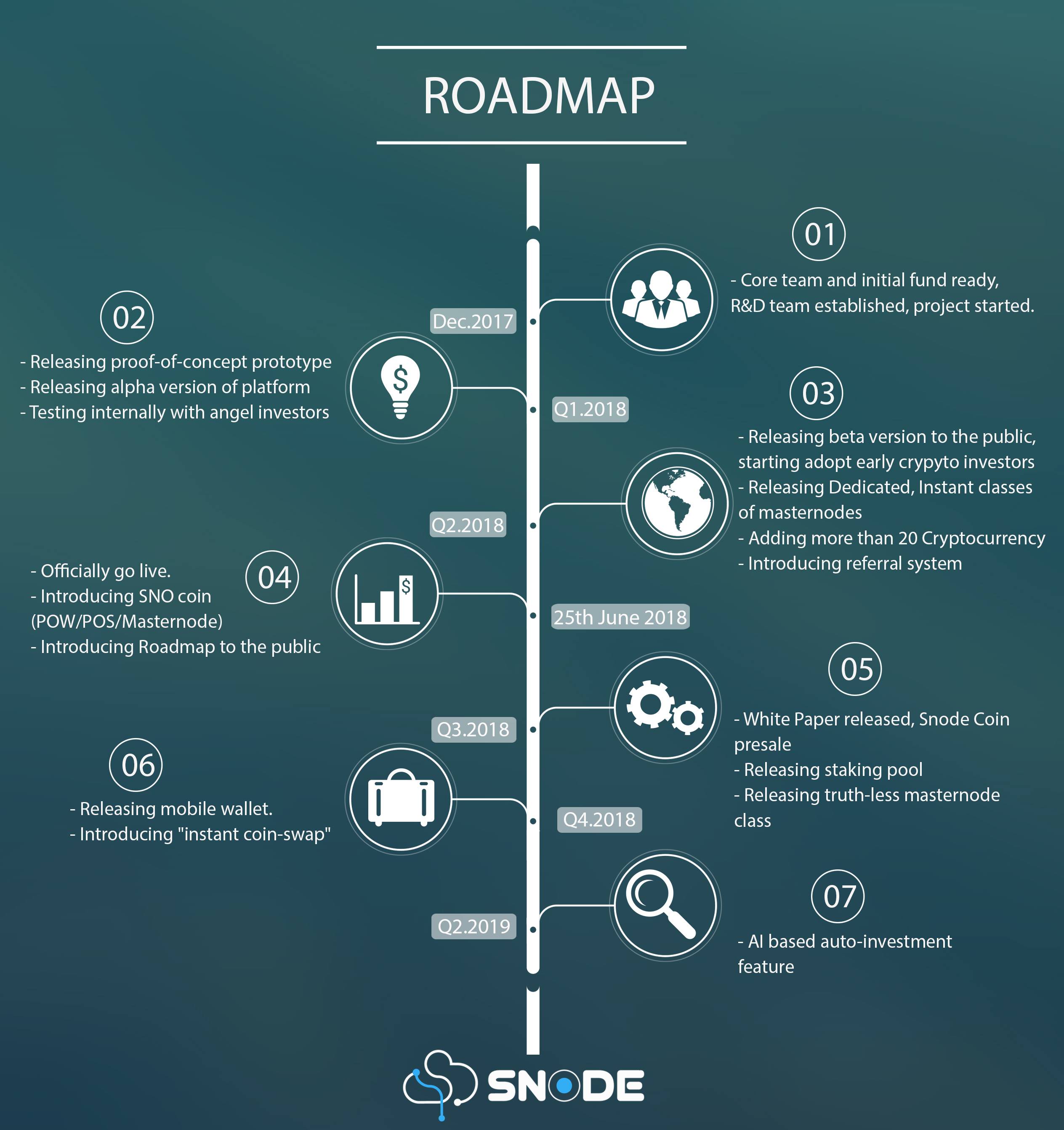 Note: Graphic on the Snode community