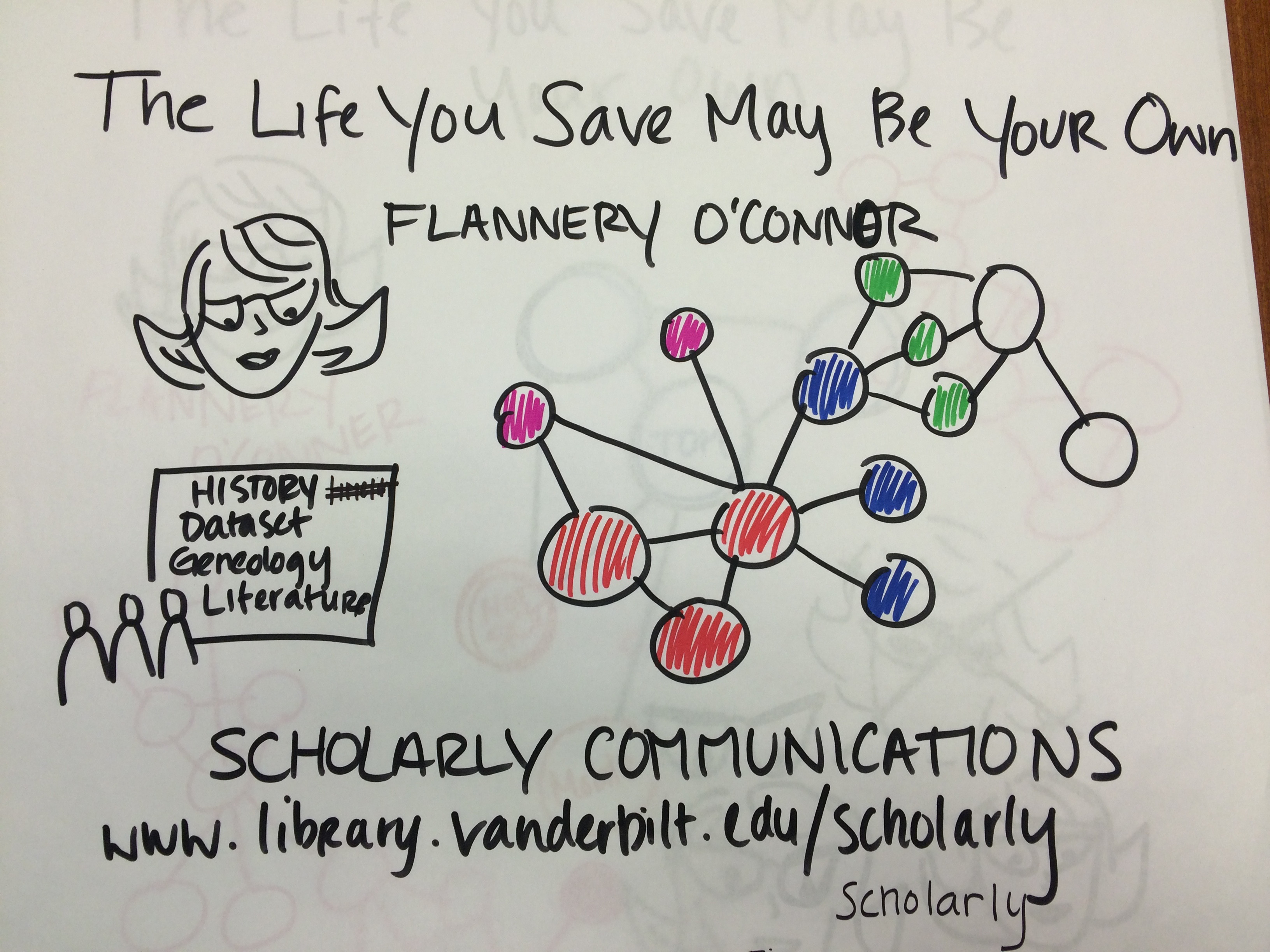 We live in an age of speed reading but careful literary analysis requires us to slow down and read closely. Graphing can bring out the latent connections in texts by encouraging us to pay attention to the way the author structured the story and how we, as readers, interpret those structures.

As an example, we graphed Flannery O’Connors short story The Life You Save May be Your Own. We started simply by creating nodes for each of the three main characters and then added locations like the Hot Spot and Mobile and then noticed that one of the main characters had several aliases and the aliases were related to other things like sparks and matches and smoke and the color grey and that a thundercloud was also grey in a blue sky and that another character had blue eyes and wore a blue dress and had hair of pink gold and she was like a baby AND and an Angel of Gawd and, before we knew it, the seemingly simple story became a complex network of interconnections suggesting a deeper meaning beyond the surface narrative.

Good readers have always been close readers. Graphs can help map the connections between things whether it be in a story, historical timeline, genealogy, social network, or dataset. The Vanderbilt Libraries Scholarly Communications team is here to help you get started today.