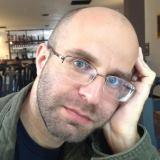 swaldman / GethAsAService.md
Last active
Setting up geth as a service under systemd (Updated for Fedora 27)

Setting up geth as a service under systemd Fedora 27

Setting up ethnetcompile as a service under systemd Fedora 23

So, usually you generate wallets, not keypairs directly, to avoid exposing the ultrasensitive private key directly. But if you just want to get a keypair, here's an easy way with some of the tooling I'm working on.

Prerequisite: Java 8 installed on your machine.

Caveats: No warranties, if anybody gets or sees the private key any value associated with the keypair may be stolen, the entropy behind the generation of these keys is the default implementation and seeding of java.security.SecureRandom, which may or may not be adequate. This is a SNAPSHOT version that references lots of other SNAPSHOT libraries, which may not be stable and will be redownloaded with annoying frequency until (hopefully soon) it is upgraded to a release version.

‪let’s set aside risk, for simplicity. the land is an input to a business, say growing apples. ‬each period you invest in working capital and get less back in sales than you spent, but maybe more than you would have got from a bank. that is the new definition of “profitability”. under risk neutrality, the value of the land is either 0 (if the negative return on working K is the same as the bank rate, perfect competition), infinite (if it will be perpetually higher), or some finite value (if it will be temporarily higher). eventually, after temporary, it is either zero or infinite. but if it is infinite, either it contradicts the perpetual negative rate assumption (as finance availability is scarce relative to infinity, so people bid it to a finite rate), or else the value of the numeraire falls to zero (as infinite finance is made available).

let’s suppose the perfect competition version, so having land effectively