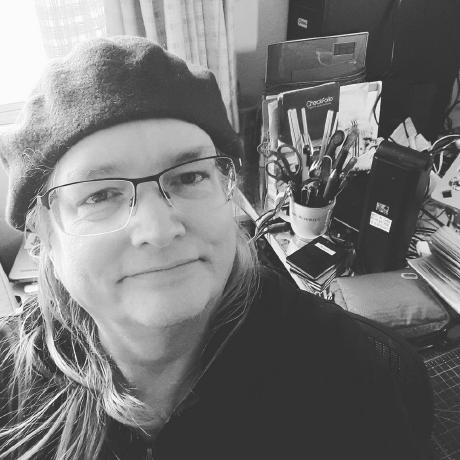 In answer to the question: “What should I know, expect, and have prepared for the weekend?”

This is where to find me:

After listening to the podcast, I realize I made an error:

Alice Walker is the author of "The Color Purple".

Toni Morrison is the author of "Beloved".

My apologies to both authors and the audience.

tamouse / 1-howtowritegoodtests.org
Created
Answer to a question someone asked about how to write good tests:

OP: I asked this in another group and I got a million answers but I’ll ask here: anyone have a good way to learn how to write good tests? I’ve listened to a test driven development course on lynda.com. I don’t really have a specific question per se, just looking for a pointer to good testing practices beyond the basics.

everyone says testing is Super Important, but no one seems to definitively answer that question. the obvious answer is “write a lot of bad tests” but that is oh so dismal.

the stuff i learned from, ages and ages ago, is probably no longer in print, but look for these authors:

The novice comes into the barn where an old woman is sitting in front of a bin of eggs, reaching into it, pulling out an egg, and she looks at it, feels it, holds it up to the light, and smells it, and then sets the egg into another tray to the right.

She repeats these steps with another egg, and eventually puts it to the right as well.

Another egg, same process, only this time she puts it to the left.

This goes on and the novice observes, without asking questions, and the old woman offers no explanation.

Finally, they break for the noon meal. Still without speaking of the process, they return, only this time the nove sits in front of the large bin of eggs. He picks up an egg, looks at it, shakes it, and the old woman takes the egg from him, and proceeds with the same process, looking at it, feels it, holds it up to the light, smells it, and then sets it to the left.

This is pretty old now, and I'll likely do it a lot different these days.

A Pen by Tamara Temple on CodePen.

Based on an article at CSS-Tricks Boxes That Fill Height (Or More) (and Don’t Squish).