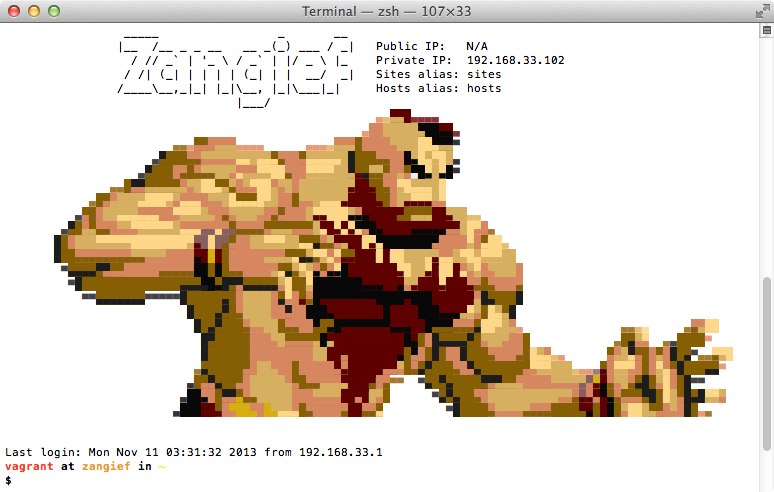 I use Util-Say to create motd messages. I started out using img2xterm, but I've found I get better results with Util-Say (although, img2xterm works on a Mac)

You can also try ./img2ponysay -2 -- youimg.png > yourimg.txt but I've never had good results with that 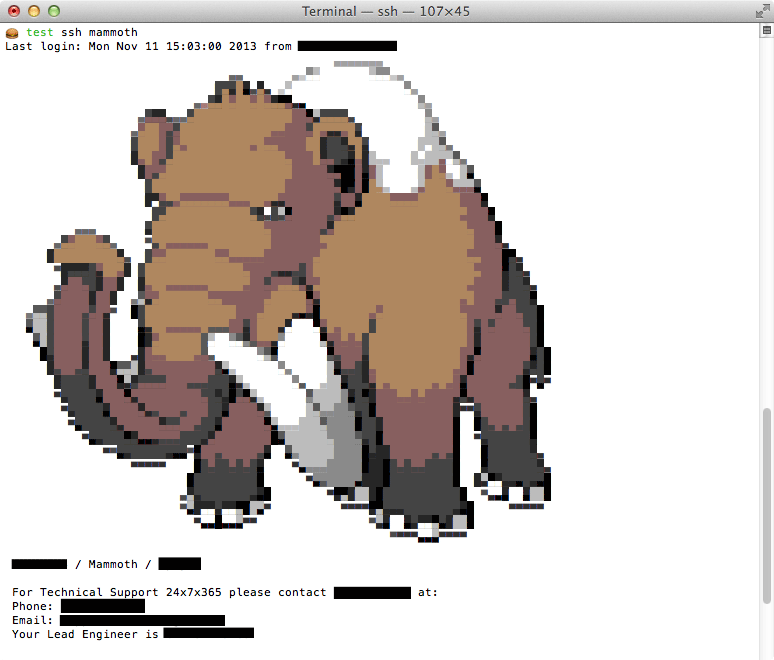 On CentOS boxes I usually just throw the ponysay file directly into /etc/motd and maybe add on some other useful info:

There are likely better articles on creating a custom MotD, here's one that looks kinda cool.