This article describes methods for capturing long/scrolling screenshots on Android/Windows.

When it comes to capturing scrolling/long web pages, most modern web browsers allow you to save a page for offline viewing. This method doesn't always produce the expected output. Some of the rendered content is occasionally omitted from the offline copy. You may also find that the layout format is not preserved.

Then we come to scrolling apps. What if we had need to capture the first few pages of an app's display output on an Android phone (for example, the first couple of screens from Facebook or Twitter app)? Depending on your phone or Android OS version, you may already have the option to take scrolling screenshots via the Screenshot Toolbar, but this method can be cumbersome.

On Android, browser-based extension support is limited. The current Android version of the Chrome browser does not support extensions from Chrome Web Store. Firefox for Android does support a subset of its full add-on suite, and on some occasions, these don't always function as expected. Kiwi browser offers support for Chrome extensions, but did not seem to work with Fireshot.

One combination that did work well, was Yandex Web browser using Extension, Fireshot.

This method was tried, tested, and worked. It will be described next. 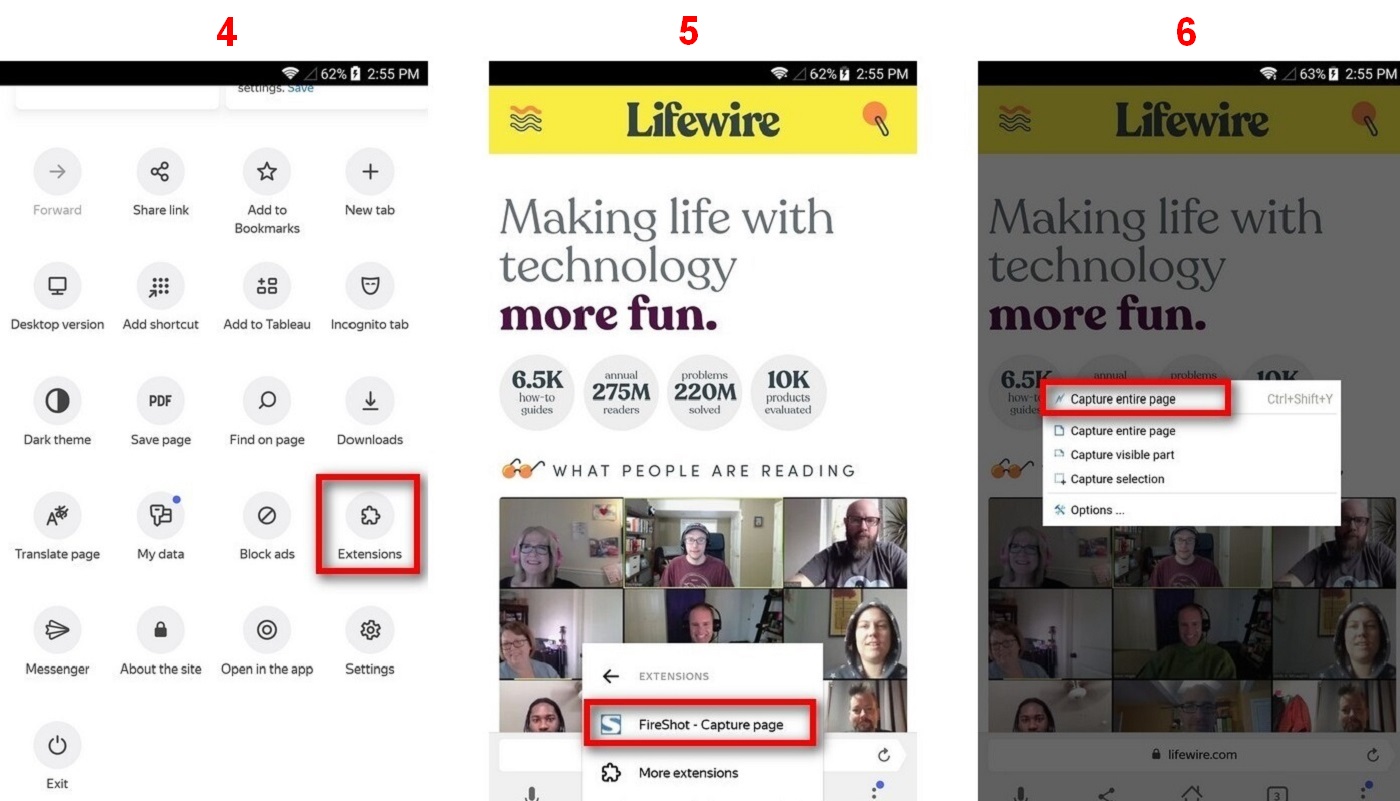 The web page will auto-scroll on the screen during the capture process. 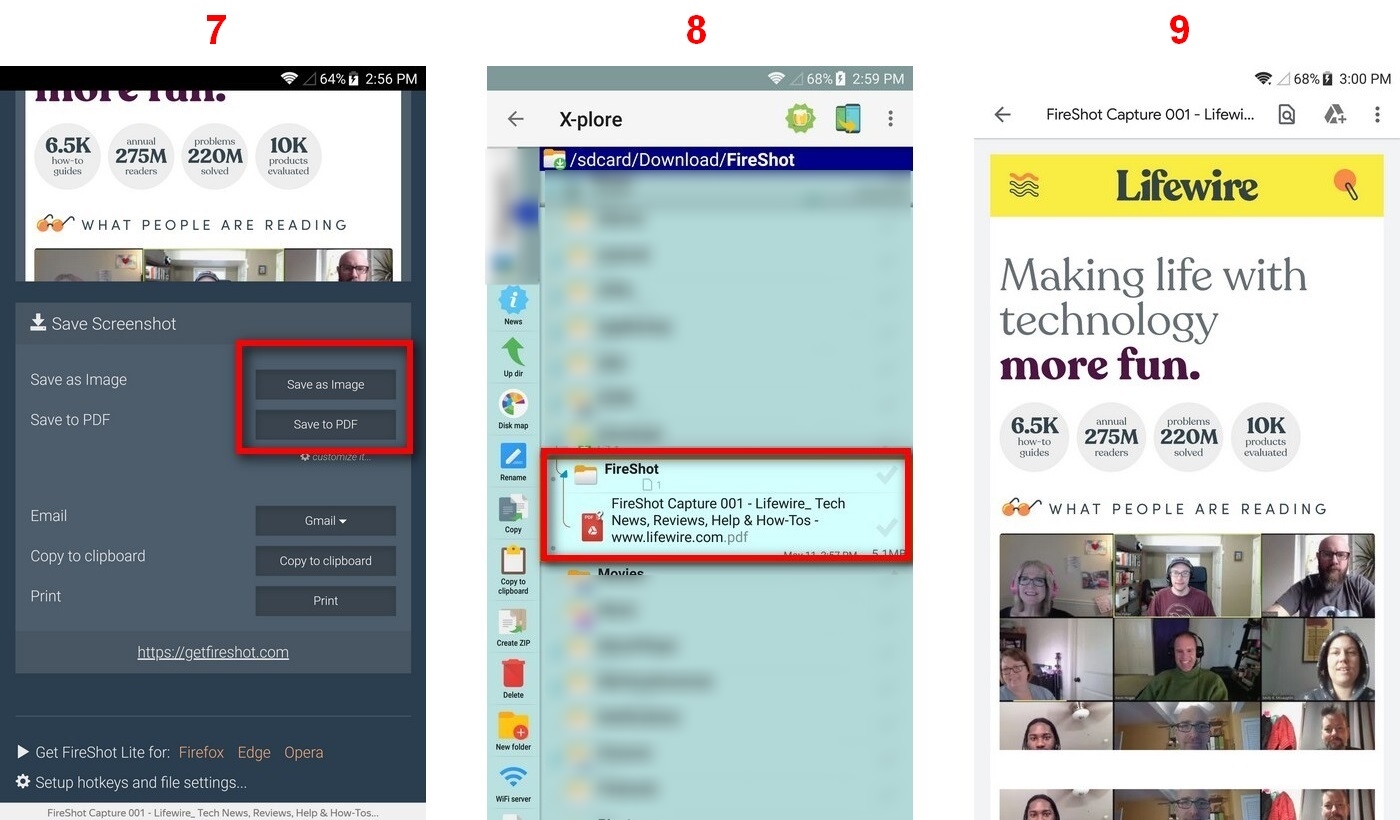 Several Apps are readily available in the PlayStore that allow you capture scrolling an entire web page and/or from within an app.

LongShot is one of the apps that is available and supports scrolling screenshots.

The method for taking a scrolling capture from within an app, using LongShot, is outlined below. 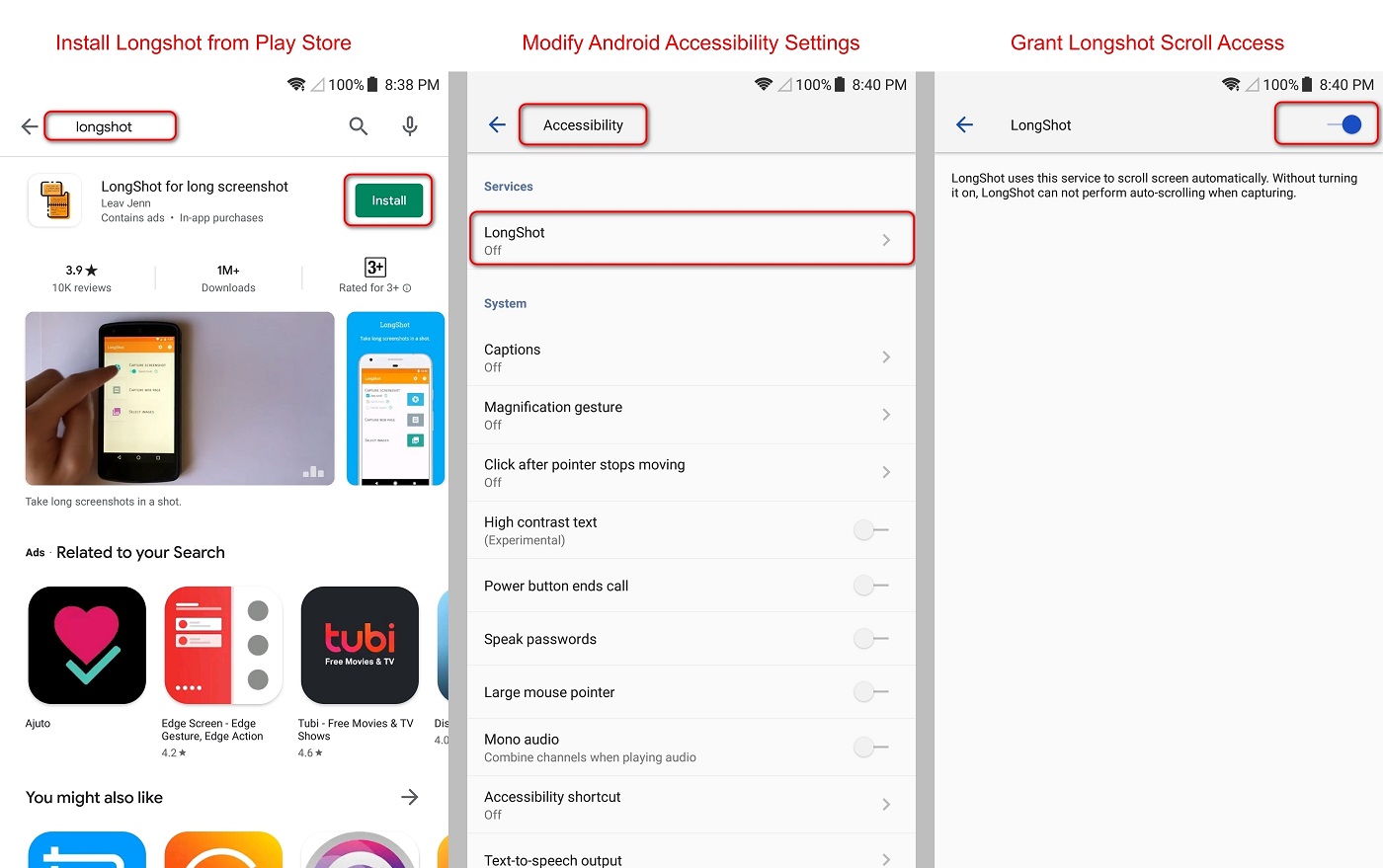 LongShot also requires permission to "Draw over other apps". 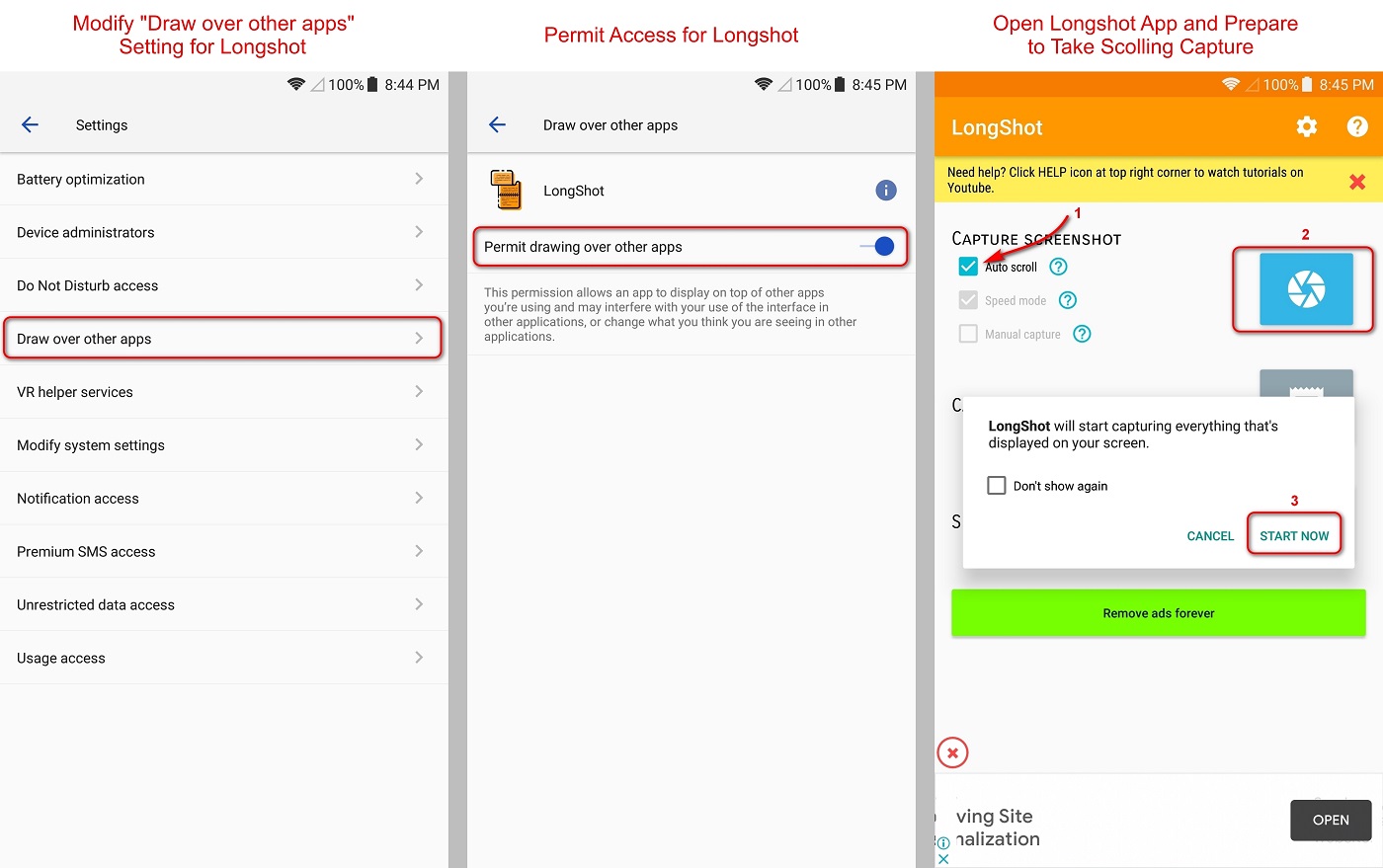 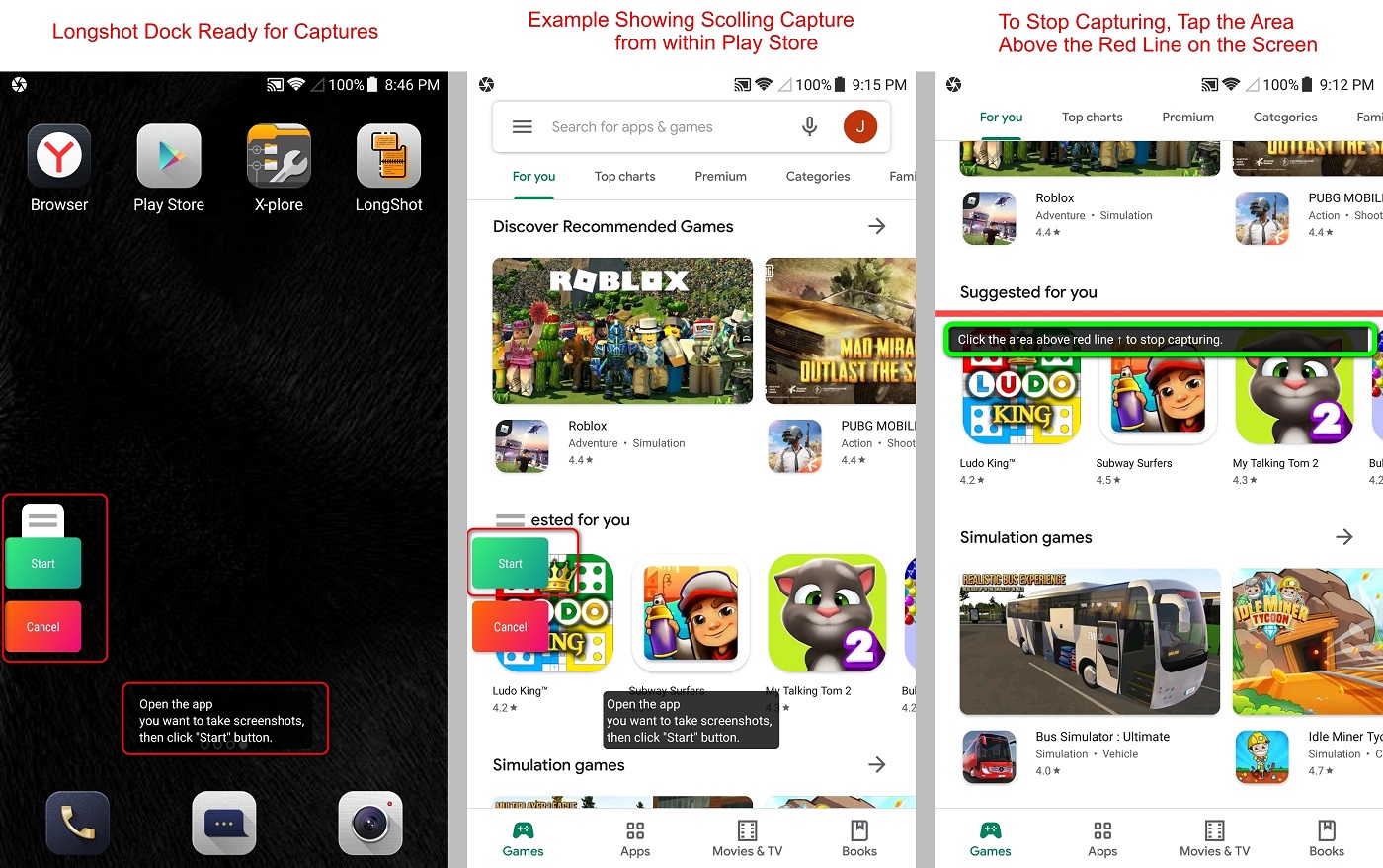 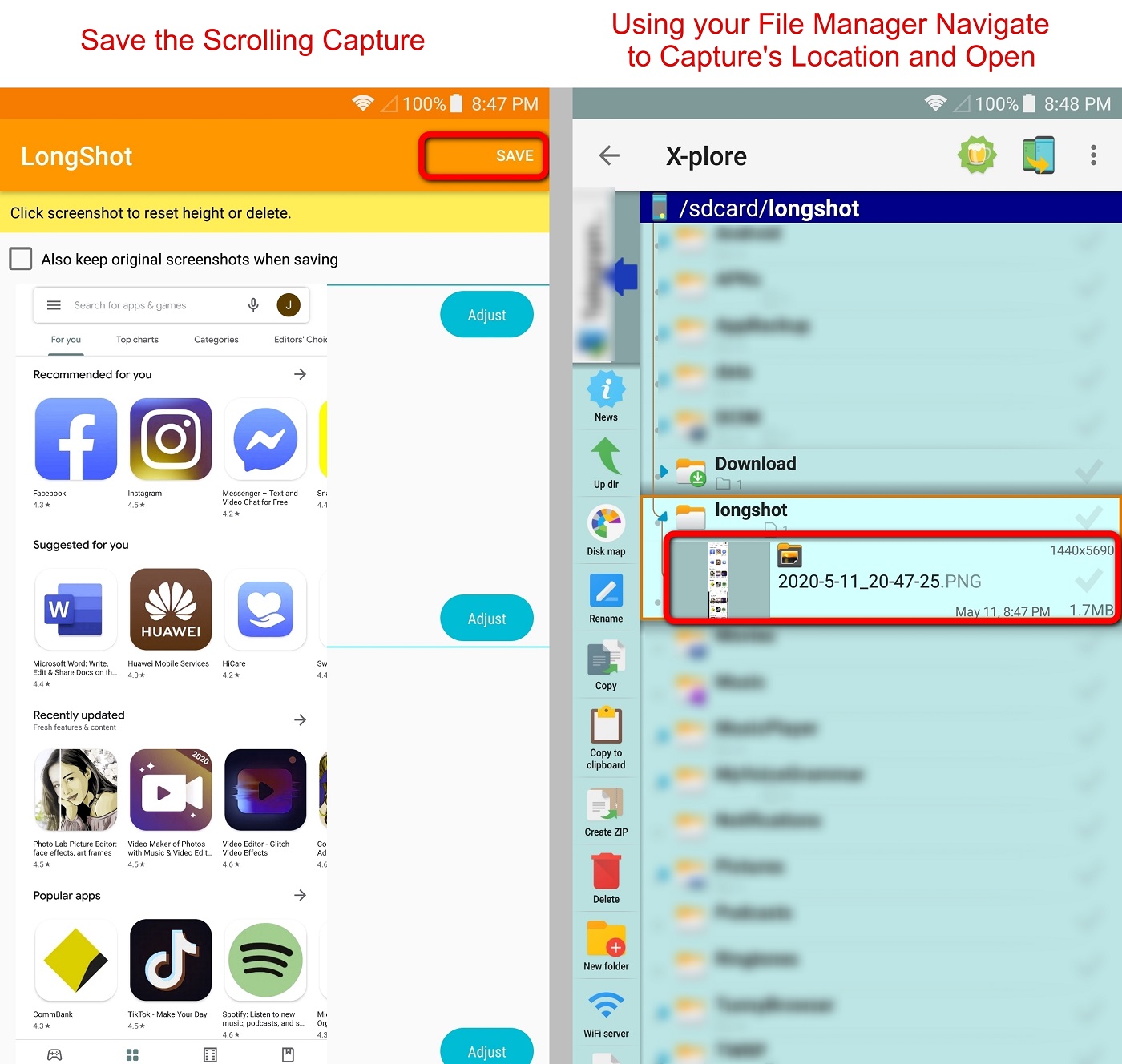 Depending on your Android OS and/or Phone type, you may have the option to use the native method without the need to install any additional apps/extensions

This basically involves the following (this example is for a Samsung S10 running Android 10): 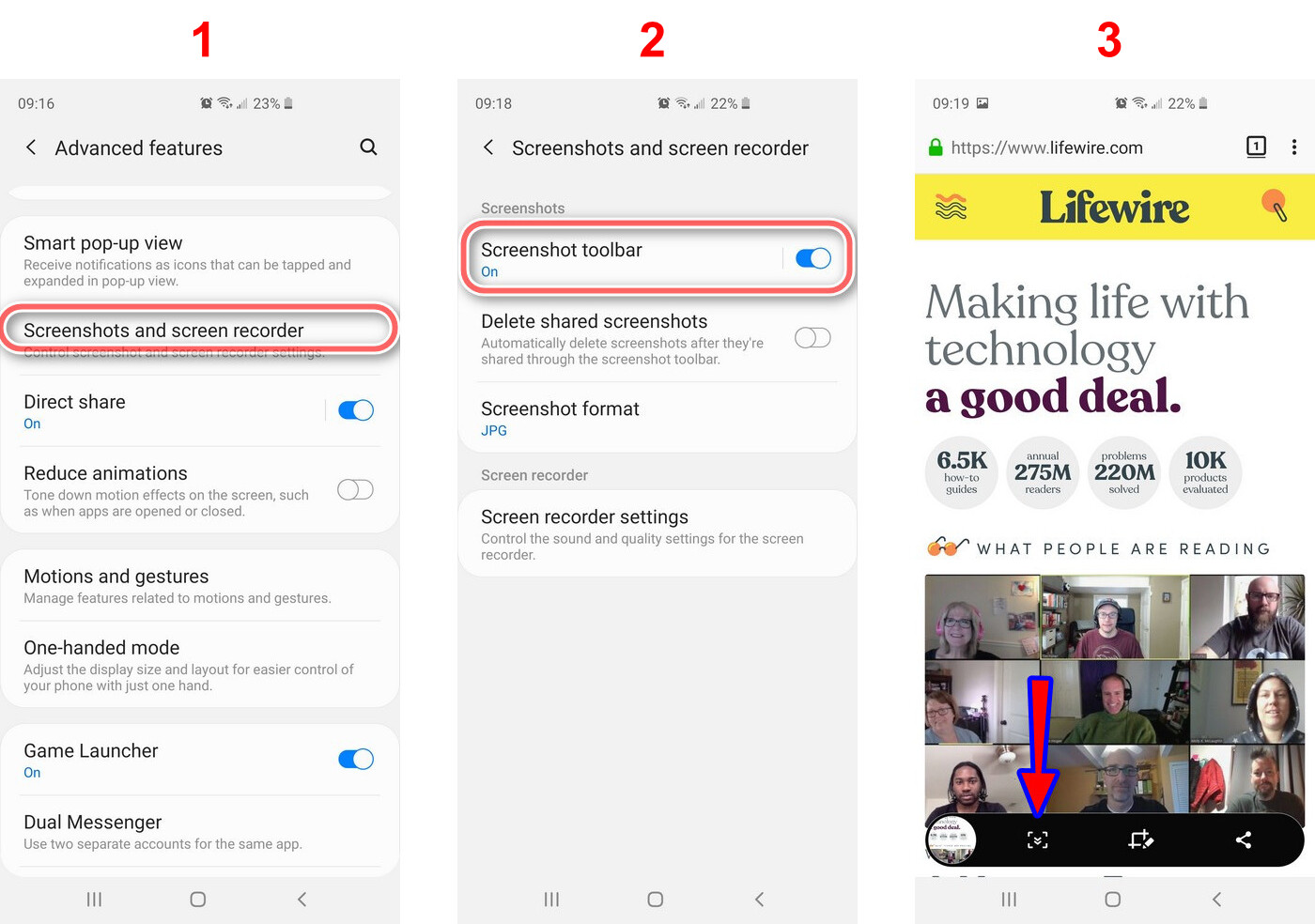 There's no rocket science involved in capturing an entire web page from your Windows 10 browser. The Fireshot Extension/Add-on discussed previously, is available for Firefox and Chromium based browsers. If you use Firefox, then depending on the version you're running, you might already have the option to save entire pages via right-click context menu.

You will find a long list of Windows applications that support scrolling captures/regions with several online resources outlining their usage for a range of scenarios.

Some of these products include:

After trialing all the above, with a focus on scrolling captures that contain static regions, I had various levels of success. The one product that worked on most sites and Windows apps that I visited/used, was FastStone Capture. As such, I'll describe the process using this package.

FastStone can be downloaded and installed from FastStone Capture. Download the 30 day trial, which will give you enough time to evaluate the product.

The following steps describe the process for taking a scrolling capture, which includes all static regions and the scrollbar.

Referring to the image below: 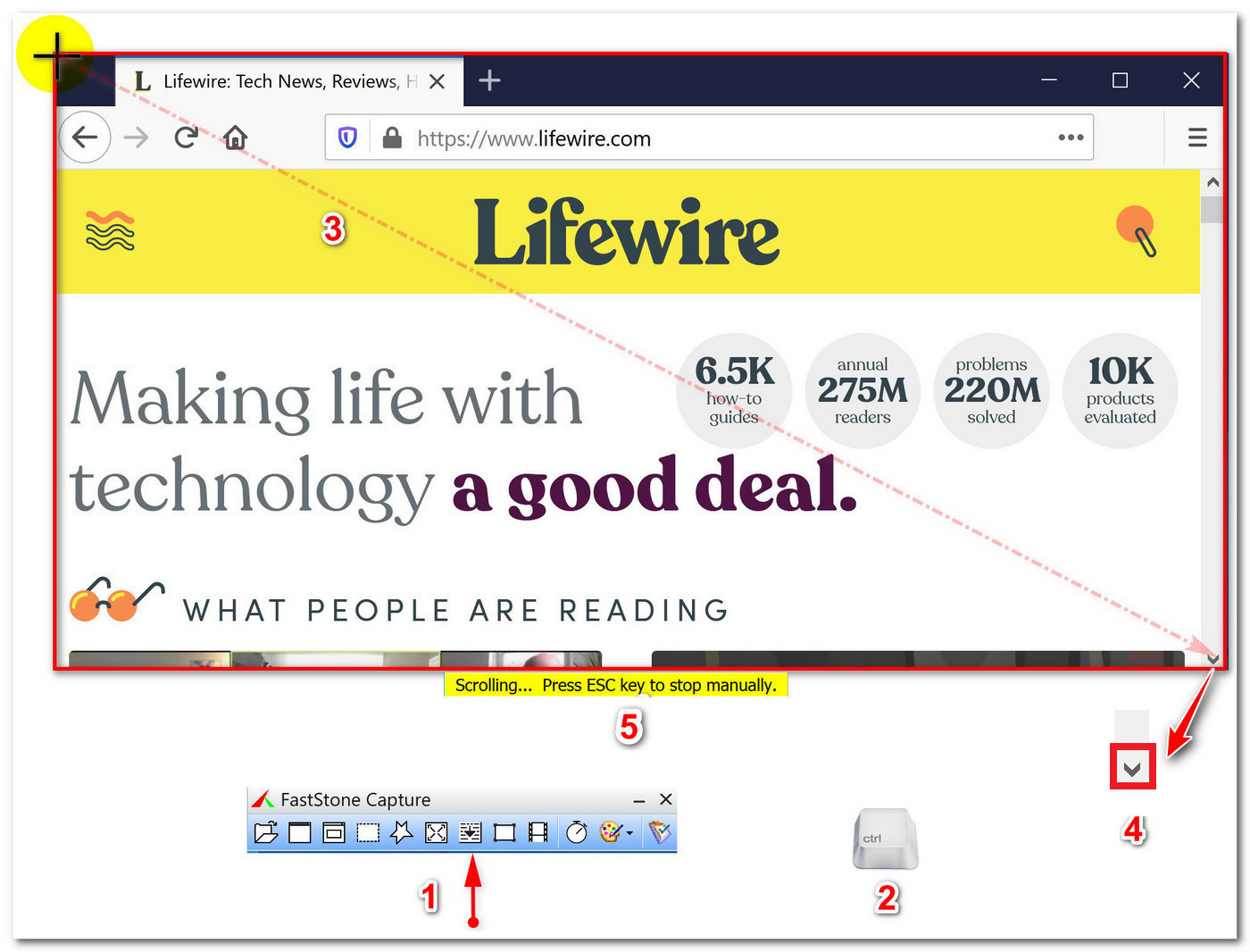 As mentioned earlier, there are many products out there that support scrolling captures. The best way to find the right package that suits your requirements, is to try it out.

Also as stated earlier on, the Native Android method described can be cumbersome where the capture spans beyond a couple of scrolls. It requires that you continually monitor the screen and tap the scroll icon in the "Screenshot toolbar" for the capture ro continue.

Note that the Yandex browser has its origins from Russia. I'd recommend adjusting preferences/settings after install to reflect your region and language translation features, if need be.