A brief introduction to the Ruby Twitter API, providing code and context.

Note: this tutorial is written using Github Flavored Markdown (GFM) for clarity (and usefulness). It was originally authored by @sylvaincarle and has been edited and updated by @wh1tney (7/26/2014).

First thing you need to do: install the Twitter Ruby Gem.

Then open your terminal and type:

If everything works fine you will get a message after fetching and installing the gem is done. The latest version of this gem at the time of writing was twitter-5.11.0.

We will now create a simple file to get started. Create a file called twitter.rb with the following lines:

Now that we know that everything is working, let's move to the next level. We will explore the main concepts of the Twitter Rest API and of building Twitter applications.

Twitter APIs (yes, there is more than one to account for different programming languages) are documented here. That's a lot of material, but it might be difficult at first to piece together all the information you need, hence this more "procedural" tutorial. Once you walk through the steps here, you will have a better idea of what you should be searching for in all the available documentation.

Imagine you want to request a public user's list of tweets. You do not have to be signed in to accomplish this; that's what is meant by application-only.

All you need to do to request this data is call a few Ruby (or another language) methods; these methods construct a URL request, send it to the Twitter server, and pass back the results. Easy, right?

Note: You can accomplish all of this in the language of your choice, from JavaScript to Ruby. The choice is yours; there are interfaces to the Twitter API for most popular languages.

After we get these objects, we can do anything we want with the data packaged inside them. Maybe we just want to print the content of each tweet to the console.

That's all there is to it.

What is OAuth, how does it work?

Who cares? If you're a beginner, read a few lines on the wikipedia page then don't worry about it for now. Learn more about it as you build it into your app.

Twitter enforces a rate limit for third party apps which restricts the number of Twitter API requests that can be performed within the app for each user account. An API request can be thought of as a single Twitter operation, such as refreshing a timeline or sending a tweet.

tl;dr – don't send a bunch of requests in a short period of time.

Use the Developer Console that comes with the Twitter for Mac app to test API calls (in the form of a fully-qualified URL). 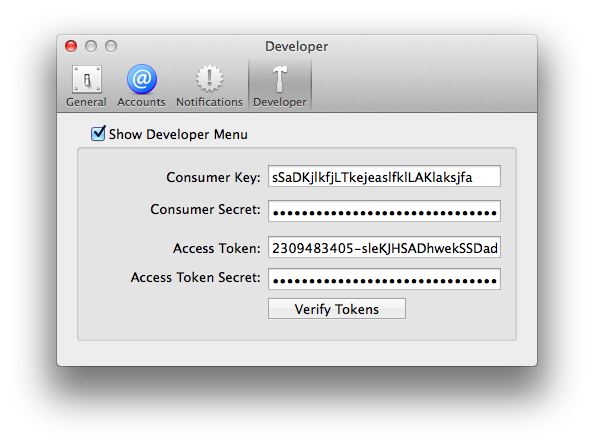 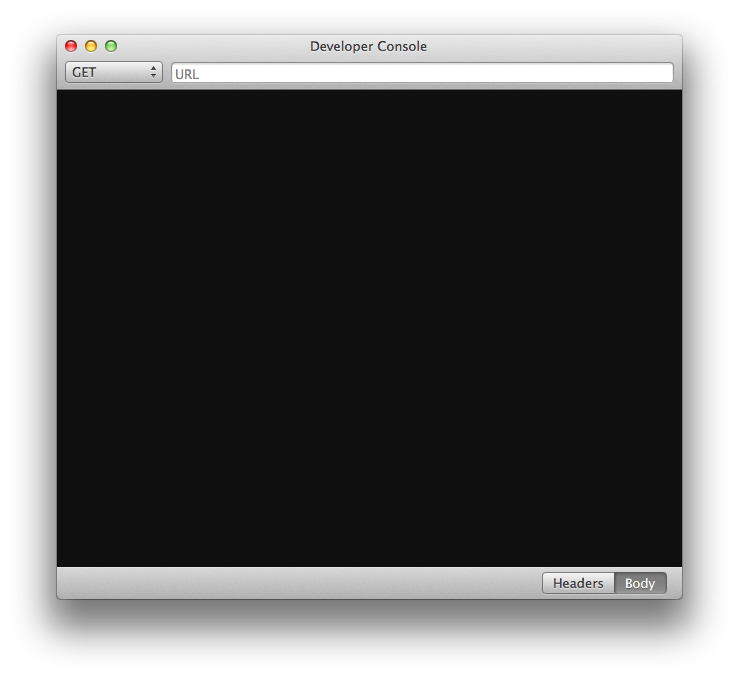