Last year, when visiting my family back home in Holland, I also stopped by my grand-parents. My grand-father, now 93 years old, had always been a very active man. However, during the presceding couple of months, he'd gone almost completely blind and now spent his days sitting in a chair. Trying to think of something for him to do, I suggested he try out audio books. After finally convincing him -- he said audio books were for sad old people -- that listening to a well performed recording is actually a wonderful experience, I realized the problem of this idea.

####The problem with audio devices and the newly blind. After my first impulse to jump up and go buy him an iPod Touch, I soon realized that, to use an iPod, or any audio device for that matter, one needs to be able to see the tiny controls. So I started looking at existing audio book solutions for the blind. A couple of things exist, but this market seems to be mainly targeted at people that still have a whole life of being blind ahead of them and are willing to invest time into learning very specific technologies. However, this was not my grand-father's situation. I worried that he would lose his motivation (of which he didn't have much left anyway at that point), so I needed to come up with something better. And since I hadn't found anything suitable that I could go out and buy, I would need to build it myself.

First of all, of course, whatever I was going to build needed to have an interface that didn't require (much) vision. Second, the controls needed to be intuitive and not require learning any completely new concepts. And last, if my grandfather paused a book, for however long, it would need to continue where he left off, even if the player had been without power.

I will describe in more detail below, but I ended up building a player that used my grandfathers very limited vision. However, it could easily be adapted for someone able to read braille. The player is built using a box the size of a 3 or 4 DVD boxes stacked on top of each other. Each audio book that is stored on the reader has a corresponding DVD box with the title of the book printed in very large letters on the front. When a "book" is placed on top of the reader, the reader starts playing the book. The reader has four large, bright colored buttons on the front with the following functions: pause, rewind 20 seconds, and two buttons that control volume. 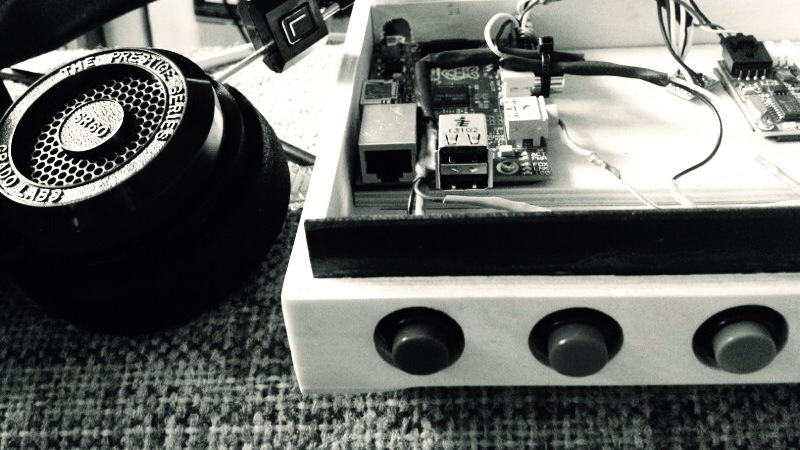 ####Raspberry Pi At the heart of the player is a Raspberry Pi running Debian Wheezy. Getting Linux to play audio is very easy, so getting to audio books to play wasn't that much of a challenge. For playing audio, I used mpd, which is a daemon that runs a server that plays audio and that is controlled by sending it commands over TCP, a very reliable and easy to use network protocol.

What makes the Raspberry Pi interesting is not only that it's a tiny computer that runs Linux, but also that it has lots of I/O pins let you connect anything you can imagine (buttons, LEDs, but also serial communication devices). When writing a program for the Raspberry Pi, you'll be able to read from these pins and change the behaviour of your program accordingly. The small program I wrote to control the audio book player (available here) uses these pins to know when one of the buttons is pressed, and to know which book is placed on the reader. Based on these inputs, it communicates with the mpd server to start, stop, change book etc. etc.

####RFID Each of the DVD boxes that corresponds to one book, contains an RFID card (I used these). To read these cards, I connected an RFID card reader (I used this one but any reader will do) to one of the I/O pins that is able to do serial communication so my program knows which book to play. Each RFID card has its own unique ID, and each audio book is a series of MP3 files that have names starting with this ID.

####Getting the books on the reader I built the reader when I was back in Montreal (which is where I moved from Holland). When I finished the reader, I loaded it with ten books and sent it to my brother who lives a 10 minute walk from my grandparents. My brother took it to my grandfather and explained how it worked. Every time my grandfather finishes his books, my brother takes the reader home with him to connect it to his router. The reader, when powered up, will check for an internet connection, and if it finds one, it sends a message to my phone using Pushover containing my brother's IP address. I then connect to the reader from my laptop over SSH and copy new books to it.

I spoke to my grandmother today because it's her birthday, and almost one year after having finished the reader, my grandfather still uses it daily, and proudly shows it to anyone who's visiting. He started requesting for music on it too, and whenever the reader is at my brother's, he's having a hard time not being able to use it. I'm so happy that this little project was able to give some pleasure to a person that's been so enormously important in my life. It's harsh to say it with these words, but when I saw him last year, I was afraid he was close to being bored to death, literally.

EDIT : I got a lot of requests for more technicals details on how I built it. I started writing everything down on my blog 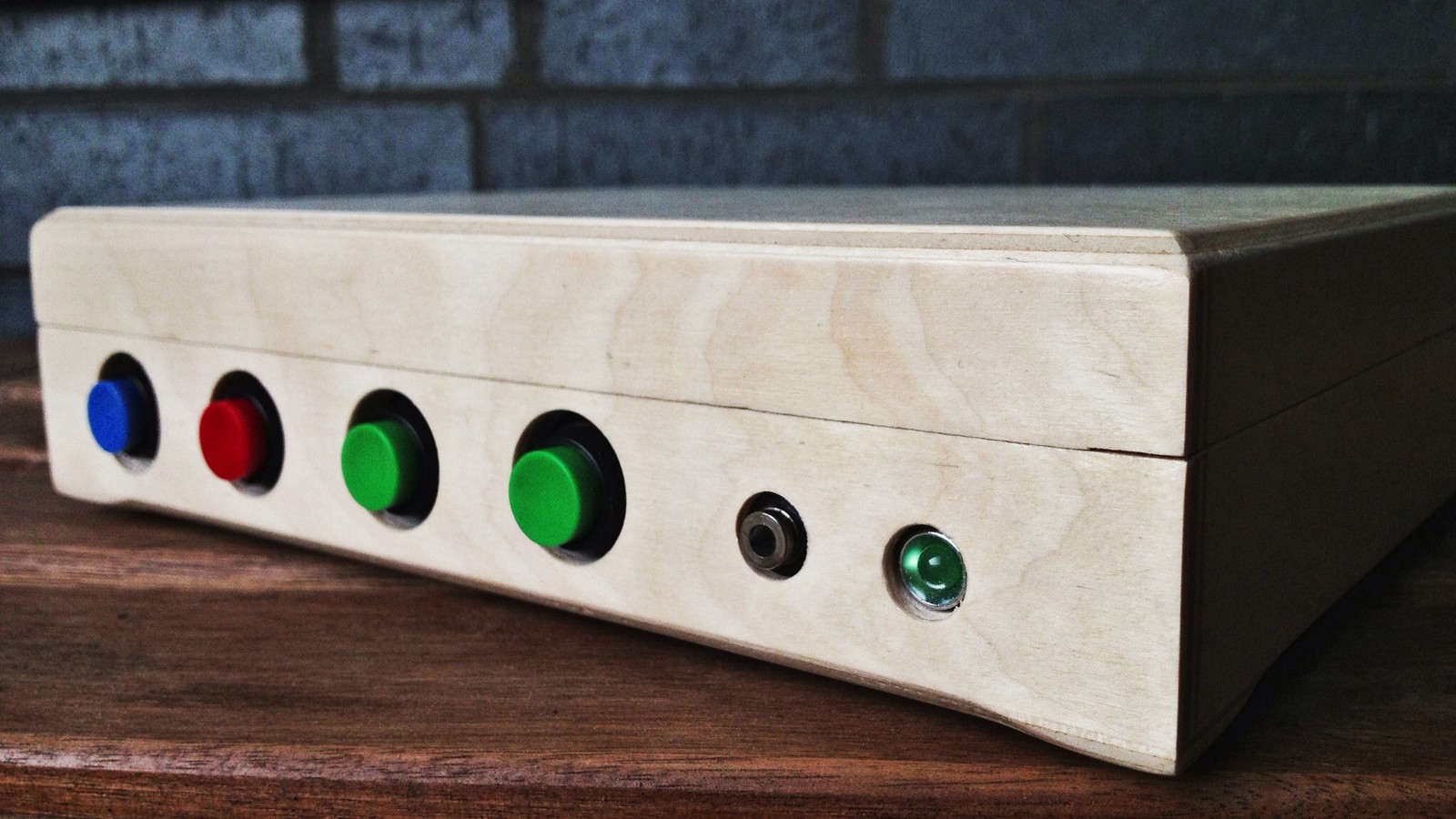