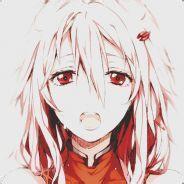 Why using the children prop makes React.memo() not work

I've recently ran into a pitfall of [React.memo()][memo] that seems generally overlooked; skimming over the top results in Google just finds it mentioned in passing in a [React issue][regit], but not in the [FAQ] or API [overview][react-api], and not in the articles that set out to explain React.memo() (at least the ones I looked at). The issue is specifically that nesting children defeats memoization, unless the children are just plain text. To give a simplified code example:

BenMorel / viewport-units-ios.scss
Last active
SCSS mixin to support vh and vw units on all iOS Safari versions. Based on an idea by Patrick Burtchaell's: https://gist.github.com/pburtchaell/e702f441ba9b3f76f587