Hey, turns out it's hard to get these done on Sundays, so expect them on Mondays going forward

It Has a Tail!

Steve's been working on some new logo ideas for a while now but think we finally have something we are happy with, so thought I'd share it here first!

Neither of us really disliked the original logo idea, but it sort of bugged us that a product called KiteTail had no tail on it's kite logo! So here's what Steve came up with: 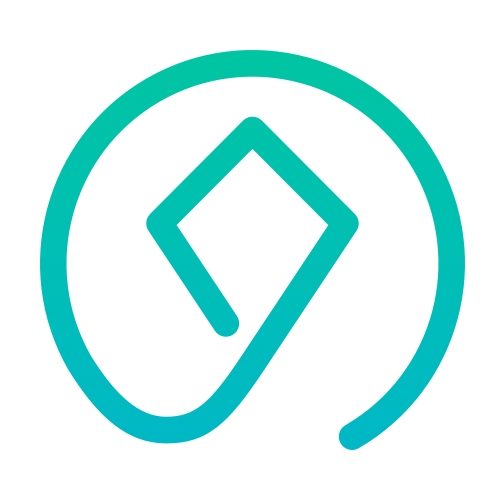 I really like that it has a recognizable identity but is still really easy for anyone to draw on a napkin. Should look cool on some stickers this summer! :)

This week Steve and I spent a lot of time fine-tuning some UI decisions for the clickable prototype we've been working on to demo at the ConvertKit conference. I think I've mentioned this before, but man is it ever crazy how much effort goes into solving even the (seemingly) simplest interface problems.

One of the things we worked on this week was "publishing" a product; making it live and available for purchase.

Up until this week we just assumed (naively) that a simple "publish" button in the corner of the screen would be ok: 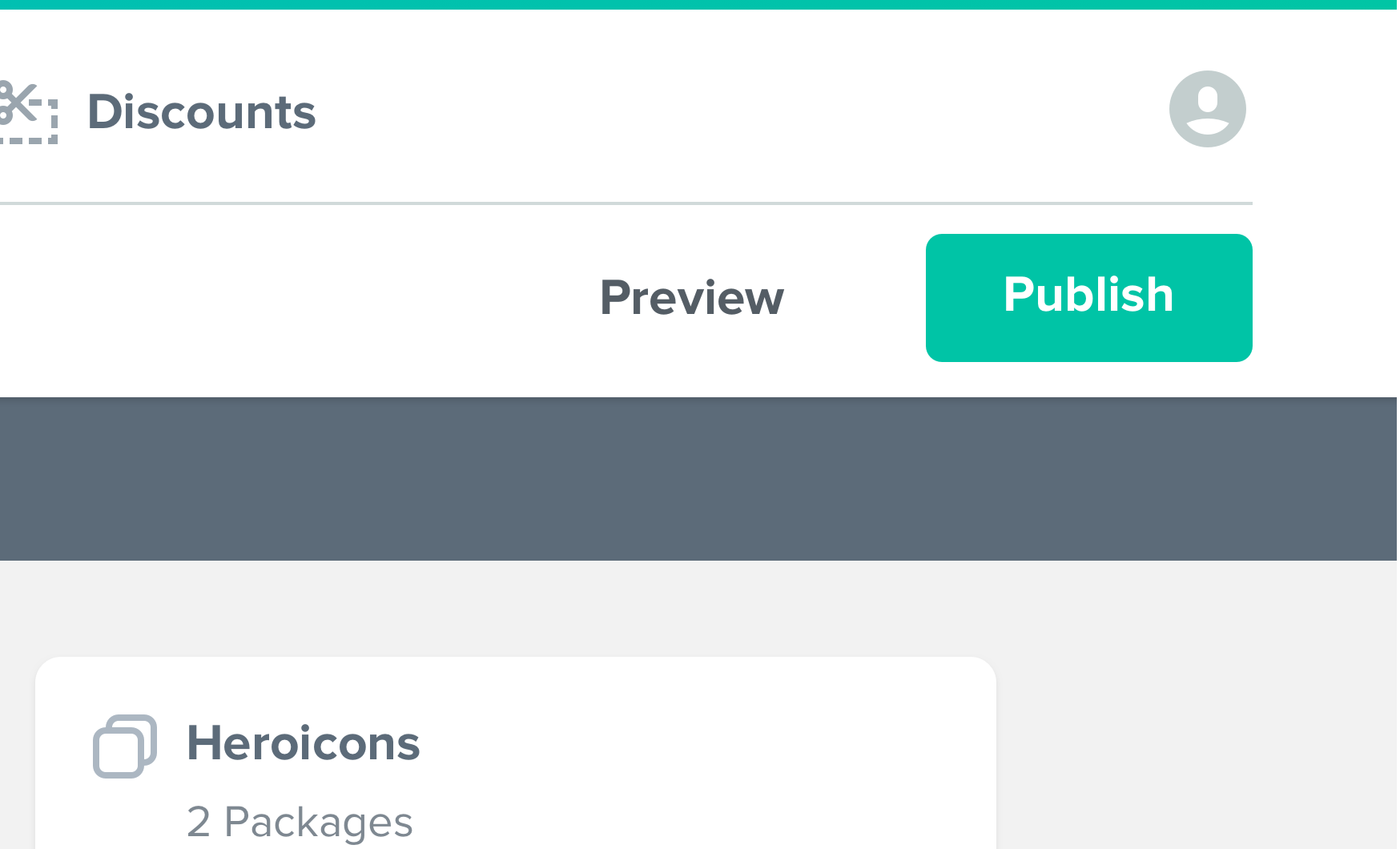 But as we got deeper into it we realized this had few issues:

Here's a few of the ideas we tried to solve these problems...

One idea we had was to add a confirmation modal dialog. This meant if you accidentally clicked the button and didn't mean to, it would be easy to cancel.

It also meant if you tried to publish but your product didn't have all of the required information, we could show you those issues in the modal.

We decided against this quickly for a few reasons:

Another idea was to use a fairly standard <select> dropdown, like this: 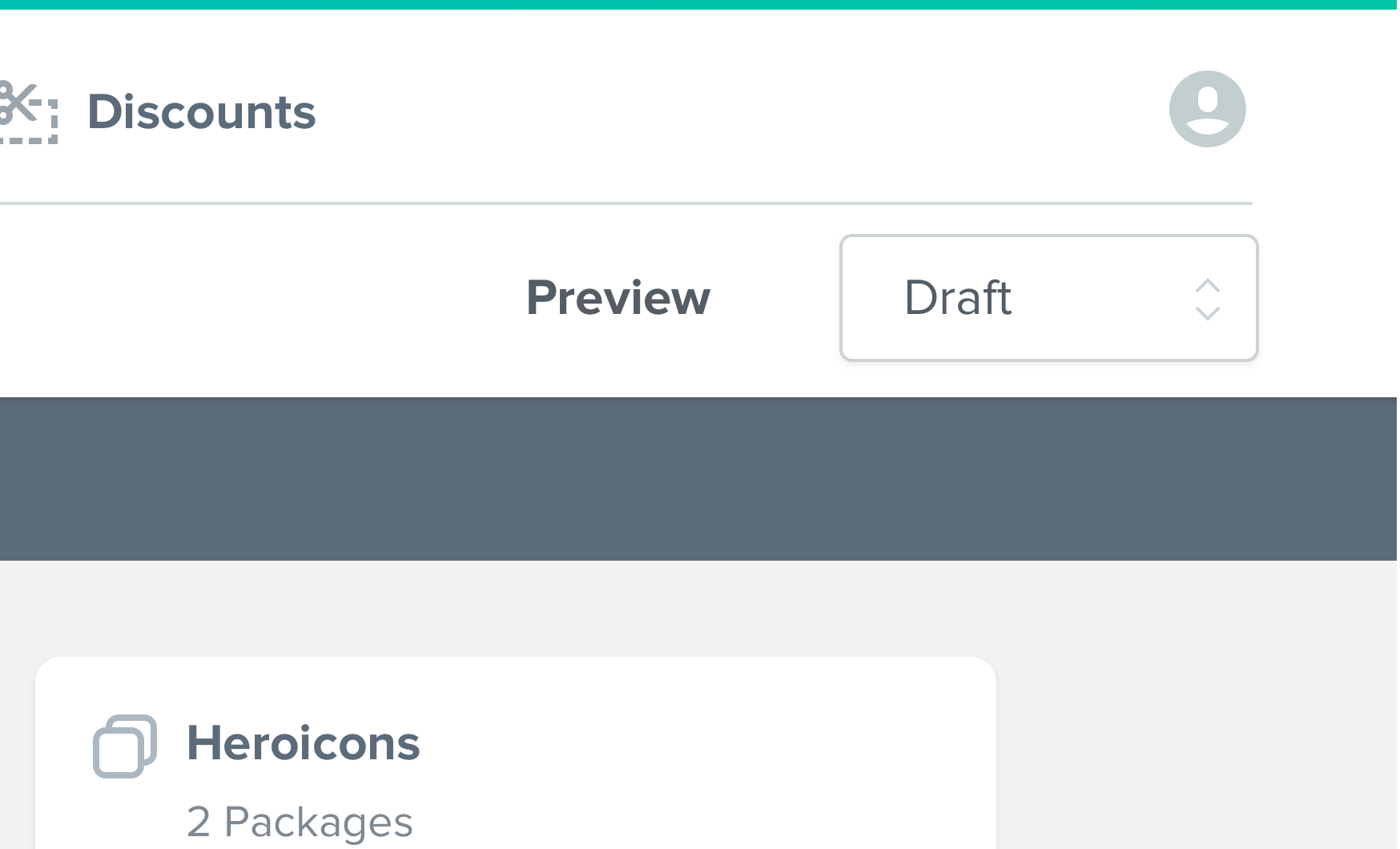 This solved the issue of showing the current state, but had it's own issues:

After an hour or so of brainstorming and weighing the pros and cons of the ideas we had so far, Steve came up with the idea of using a custom popover/dropdown menu, similar to a Bootstrap dropdown menu: 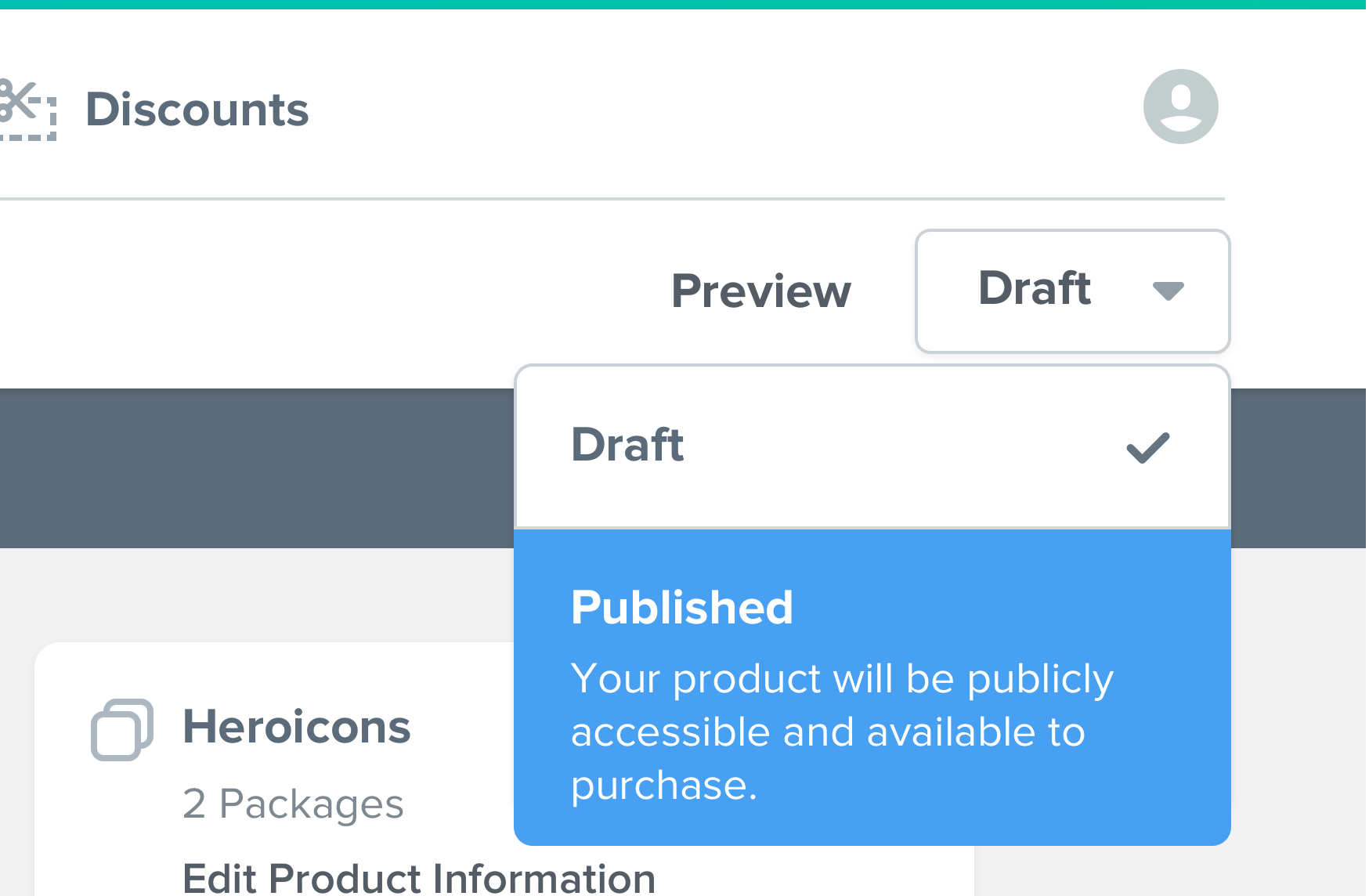 This felt like a breakthrough for a few reasons: 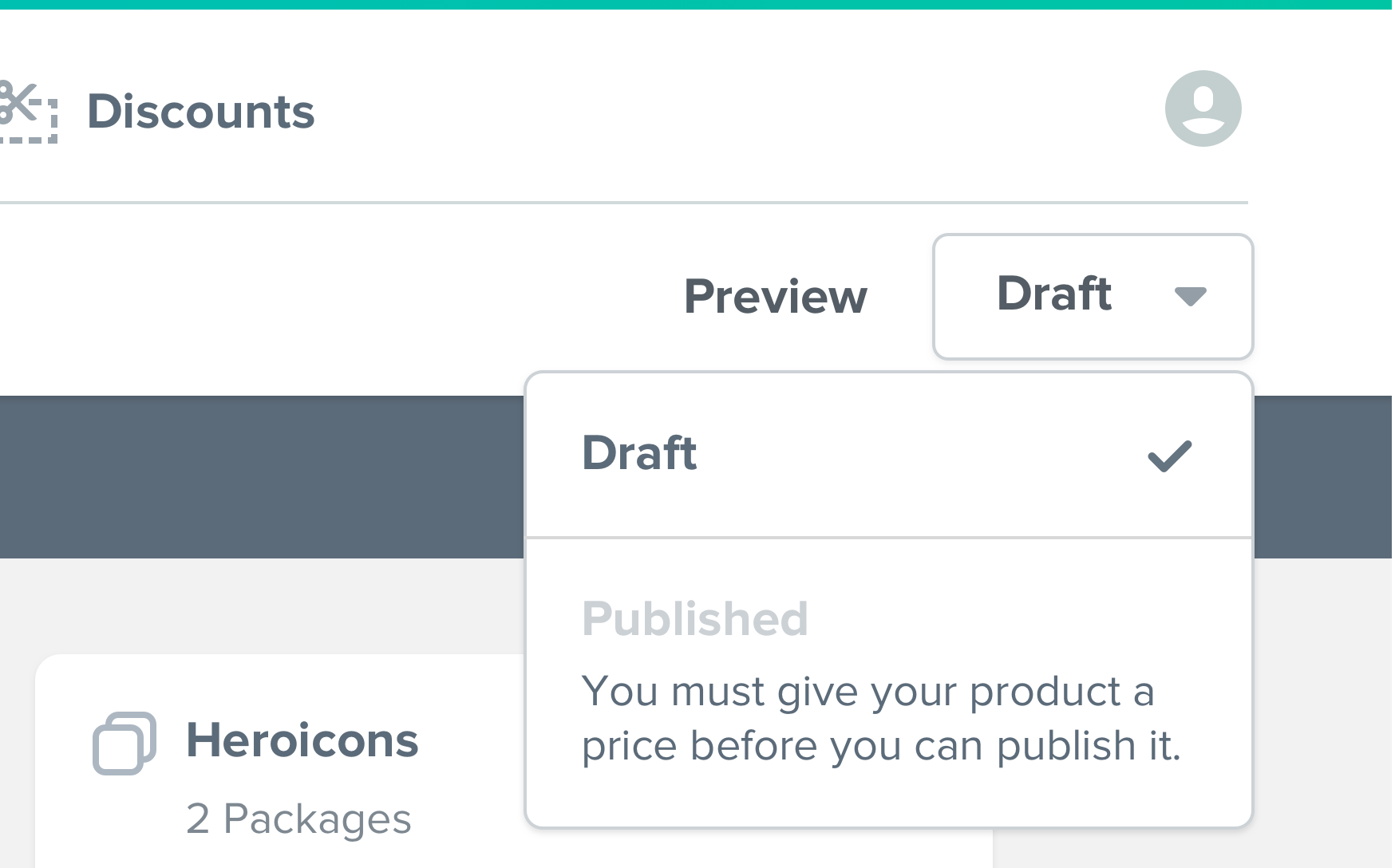 This whole thing probably took 2.5 hours of screensharing and brainstorming to really nail, and no one would ever know that seeing the finished product! I heard a quote once that "good design is invisible," truly thankless work

In the first stream this week, I drove out the backend implementation of the "orders" list view using TDD:

Tip of the Stream

Asserting against view data instead of rendered HTML

I generally find making assertions against rendered HTML to be painful and brittle. So instead I usually make my assertions about the data that was bound to my view, rather than how that data gets rendered.

Laravel makes this possible by giving you access to the original response returned from your controller through the original property on the returned $response.

Here's the test I worked on in the stream that shows how I do this, including some handy macros I've been using that make the assertions more expressive:

See an example on GitHub

In the second stream, I worked on taking webhook attempts that get logged every time KiteTail tries to fulfill a purchase and displaying them on the order details page:

Tip of the Stream

You probably know that Laravel lets you define relationships like this:

...but did you know that you can create multiple versions of the same relationship that build off of each other, applying different modifiers like sort order?

Even though that method never calls hasMany, it's still returning an instance of the HasMany class by building off of the initial relationship, so since it's still a relationship, you can actually eager load it:

Cool huh? Here's a link to a more fleshed out example:

See an example on GitHub

That's all I've got this week! I'm doing another stream tomorrow at 3pm EST as usual, so be sure to come say hi if you're interested.

Thanks as always for being interested in what I'm working on and hope your week is off to a good start!