Last week I traveled to Valencia, Spain for a week to attend KubeCon EU.

I spoke at Prometheus Day on OpenFaaS autoscaling, gave a podcast interview for Mike Chenetz from Cisco, and appeared on The Cube with Keith Townsend asking me the hard questions about Open Source monetisation. 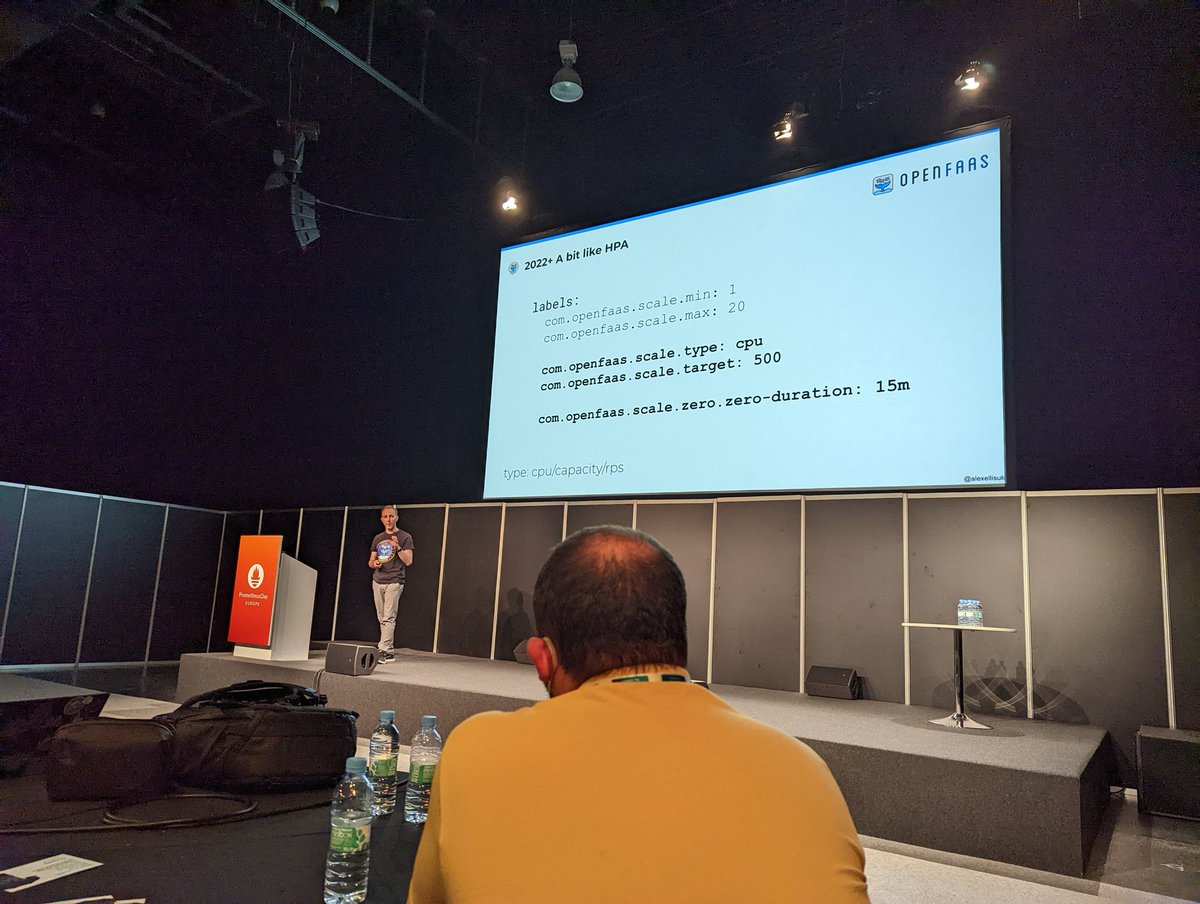 A photo from my talk on OpenFaaS Autoscaling v1 vs v2

I'll share my overview of the week and then links so that you can hear a bit more.

Having had an early start at 4am, I arrived into Valencia just before lunch time, and spent the first day and a half exploring the old town and doing lots of walking. I also spoke Spanish at every opportunity despite forgetting a few words, but fortunately before I left, I'd found time to write up a blog post to refresh my own memory, and to help out other attendees: "When in Spain: a quick primer for KubeCon". 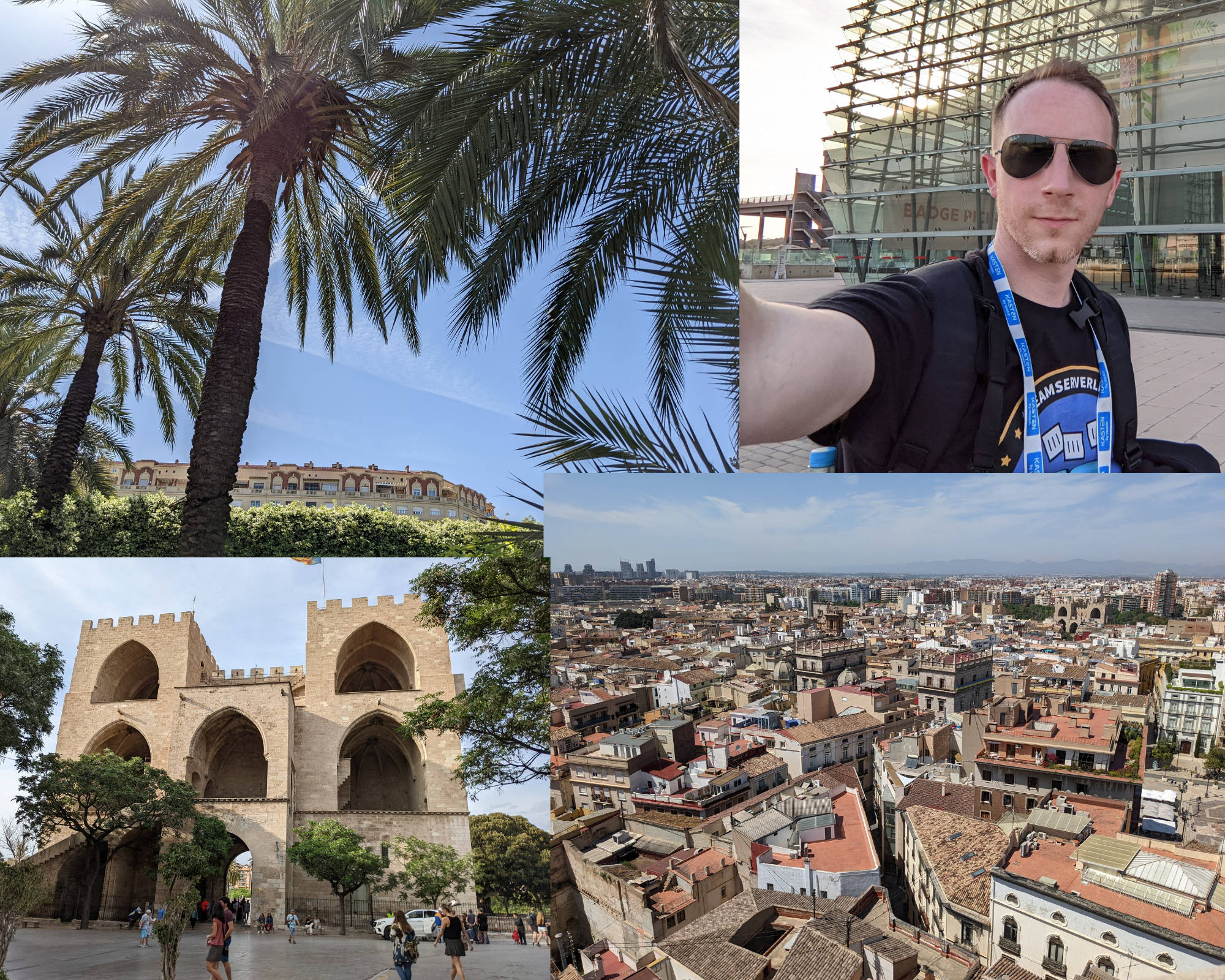 If you live in the US, you may find it useful for speaking to hispanic people who live and work in your area, or in areas you travel to throughout the year. 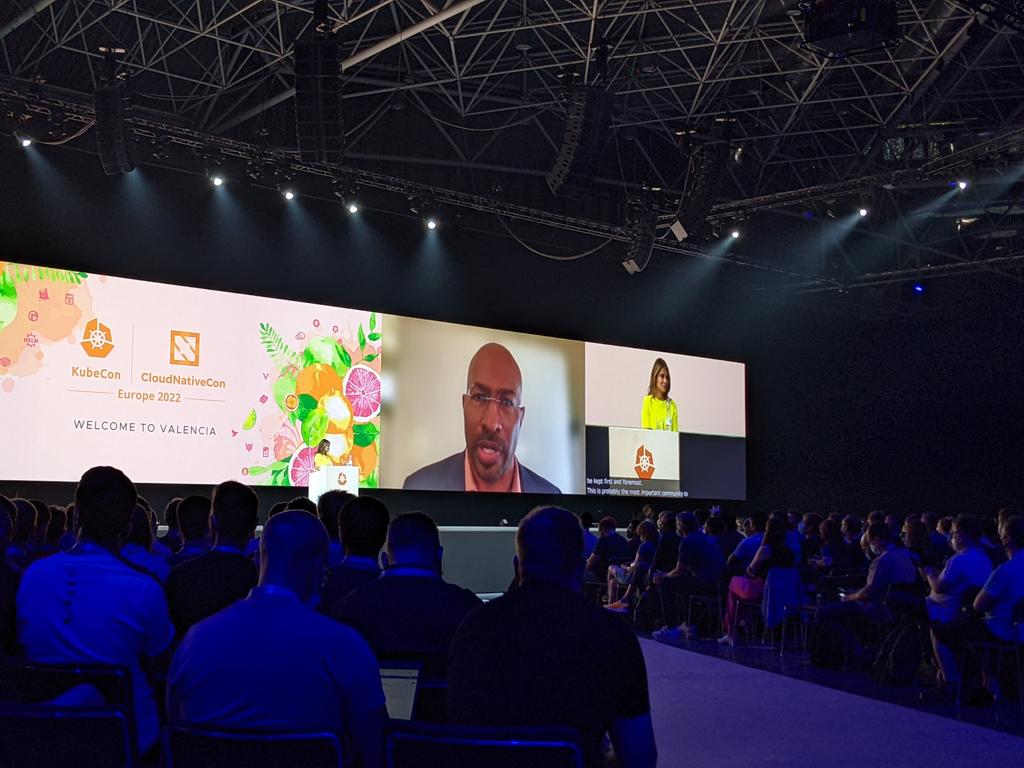 From the first day's keynotes

On the first day, the CNCF leadership arranged a call with Van Jones, a US celebrity known for political commentary. He told us "it's OK to disagree, but be respectful to each other." With that setting the tone for the event, we heard from Ihor Dvoretskyi who is in Ukraine fighting off the invasion. Taylor Dolezal who recently joined the CNCF (previously at Hashicorp) told us about his career so far and how he'd continually introduced new technology. A team that was acquired by Mercedes Benz gave an end-user talk about their adoption of Kubernetes from as far back as Kubernetes 0.9. Then Intel took to the stage, and told us all to start programming in C to save the planet. They didn't quote the research that they were referring to, but perhaps should have done, given that they were presenting to thousands of critical-thinkers. Here's the paper from 2017: Energy efficiency across programming languages: how do energy, time, and memory relate?

On the second day, the OpenSSF and several talks about "securing the supply chain" took the focus, finishing off with a talk from CERN about distributed High Performance Computing (HPC) on Kubernetes.

This was my first major event since the pandemic, and I didn't manage to see nearly as many people as I'd hoped. That said, I found myself continually being surprised by people who I'd not met before taking time to make me feel welcome and to spend time together - from the day zero through to the all attendee party where I spent some time with a couple of fellow brits.

Unfortunately I lost or had my Airpods Pro stolen while on the trip , but on brighter note someone tweeted that arkade is now available in the upstream brew repository via brew install arkade.

I spoke at Prometheus Day on the new Autoscaling system built for OpenFaaS.

If you've not attended or submitted a talk to a "Day Zero" or "Co-located Event", I'd highly recommend it. The organisers from Grafana, Sound Cloud and Red Hat made me feel welcome and gave me some ideas of further areas to explore.

My talks are usually to rooms of developers, however there was probably a 70% split between people who ran applications and those who wrote them. 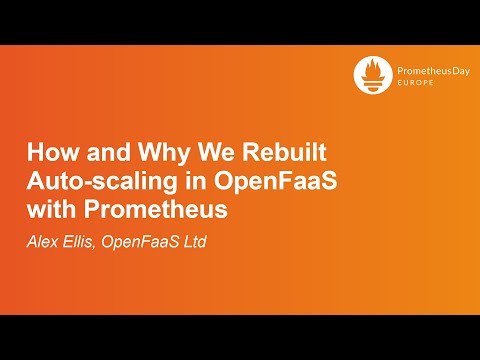 Watch now: How and Why We Rebuilt Auto-scaling in OpenFaaS with Prometheus

Mike wanted to know how things are going with OpenFaaS since he first heard about it and tried it out back in 2018 at DevNet Create in Palo Alto. I then talk a bit about how I funded my time after quitting my job to go full-time, and as you know, it didn't exactly go to plan. We also talk about the origin story behind k3sup.dev and arkade. Finally, I share my top secret approach to actually getting technical writing done.

I first met Keith Townsend (CTO Advisor) at 2017 at a dinner arranged by Stephen Foskett who runs Tech / Cloud Field Day. These events are either co-located around a bigger conference or run over a few days in the Bay Area. Stephen would have vendors pay to present to a group of influencers and experts, to gather feedback and to share their products.

That day, Keith took an interest in OpenFaaS and recorded his first impressions on the project and its mission: Open Source Serverless at DockerCon Europe 2017. We've been friends since, and so you'll hear him asking me some tough questions. Like many of you, he's seen me go through a lot with trying to find a way to make Open Source sustainable. 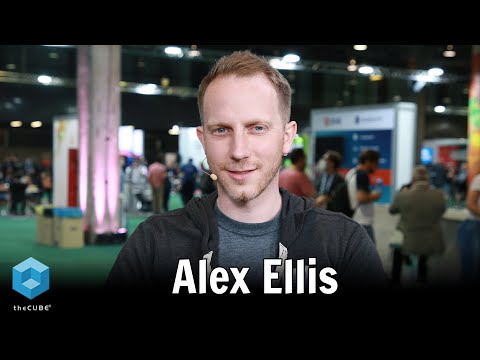 The event venue was rather large, and as usual it took a considerable amount of time to get to sessions or to move from room to room. This can be stressful on the day - and I missed most of the session on containerd for that reason. One of the other sessions I saw was by Bryan Boreham who recently left Weaveworks for Grafana Labs. He spoke on the new "kubectl events" command he added to the Kubernetes CLI, you can read my commentary here.

My practical approach is to make sure that I see the keynotes, deliver on any of my own commitments, then spend the majority of the remaining time seeing people. As I was walking around the expo hall, I saw a number of friends, customers and people I know from online. It was also lovely to have people come up to me to thank me for various open source projects, blog posts and my eBooks .

Enjoy the rest of your weekend, and consider getting yourself booked in for Detroit later in the year. There's still some time left to submit a talk for the main event, then a few weeks after that you'll usually see submissions open for the co-located events.