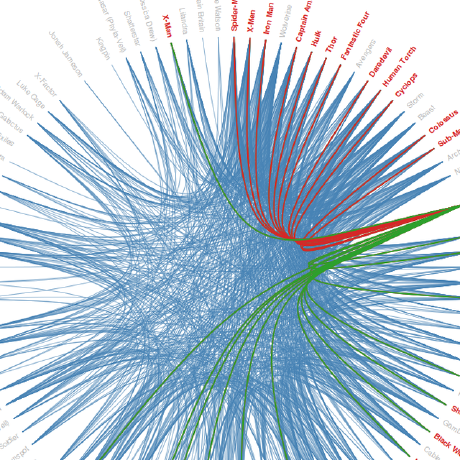 This sample is based on Mike Bostock's Box Plots. The box.js file has been modified in a number of ways besides making the box plots horizontal: the transitions have been removed, the 1.5 iqr function is included as the default to compute the whisker length, data objects are attached to the whisker ends and outlier dots (instead of just the values), and there are transparent q1-q2 and q2-q3 boxes that contain those respective data points for possible future use.

Hovering over outlier dots in the boxplot highlights them on the table and vice-versa. This also demonstrates a move-to-front functionality -- when an outlier circle is highlighted, it is moved to the end of the svg's elements so that it appears on top of the other outliers.

Also, the axis rounds its range to intervals that go into a power of 10 (see the cleanUpChartRange function).

The variable being plotted is a generated logNoraml distribution, to demonstrate outliers more prominently (sometimes there are so many, the table gets cut

A simple bookmarklet which makes our painful life a bit easier.

The usage is quite simple:

Go to any repo where you like to preview a file, and execute the booklet. If the current url is a file, it should open the file directly, otherwise it will prompt for a filename (per default it is index.html).