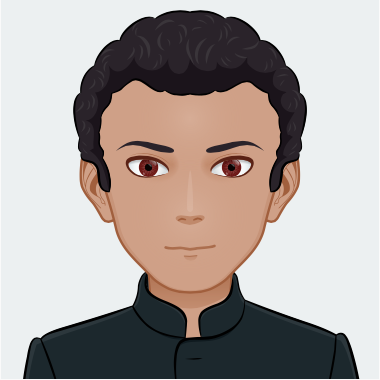 armw4 / reverse-string.md
Created
Reverses a string w/o being to fancy or clever or asinine af in #js

Something basic. For me it's nice to enumerate the string as I've seen other do since it is an array of characters adjacent to one another as a solid, contiguous block of memory in most all if not every programming language known to mankind. So from there,, we can logically use the current index of the loop to set the baseline for the output string since we have to have full parity from a length and character account perspective. The two strings should be indentical in length we know for sure. They should also be identical from a composistion perspective as well. That is to say if,, we treated the string and its reverse as sets and we performed the intersection (e.g. A∩B),,,then it should be identical to A and B once we eliminate ordering. At that point we would be validating the set of characters in each string as opposed to ensuring the original order was preserved which is a more exact and stricter approach.

armw4 / i-am-arabic-by-nature-which-has-nothing-to-do-with-religion.md
Last active
My roots date b@ck to The Arab Republic of Egypt which was built on war, violence, karma, love, drama, and a keen sense of awareness (IQ)

Am I Actually Religious? That is Irrelevant

For the sake of argument, clarity, and brevity, I am writing to you today to explain Why as opposed to Who, What, When, Where, etc. Also, please ignore my hash tags this post was originally intenteded to be published to my LinkedIn account.

Dear Google, Just be Honest for ONCE!!!!

I discovered recently (beyond a doubt about 20 mintues ago) that DuckDuckGo’s search results are far purer and more organic than Google’s. Google tries to lure and coerce you into spending money to keep their ad and tracking behemoth fed, while also giving you a false sense of success for using its products (e.g. Advanced Mobile Pages, Google Analytics, Blogspot, YouTube, etc.). There’s no reason my name should drop in rank because I “haven’t published content for X amount of days”. And why in the world would my most relevant website - the very blog you're linked to now be completely omitted from Google’s search results for the past ...like 10 freaking years or whenever I first published content?!?!). This plays right into Google’s favor (reverse psychology). DuckDuckGo on the other hand serves up all the content from by blogs gracefully (the Facebook account

armw4 / refactoring.md
Last active
My Empirical Formula for Stability to Code to Refactor...a Ratio if you Will

Time for Red, Green, Refactor Must Present Itself (When in Doubt, Do as the Romans Do)

If production code already works (conforms to requirements and is deemed fast enough for end users...which makes it stable) and does not have code coverage, leave it be until the opportunity presents itself to add code coverage and change the code (System Under Test) at will, or a bug occurs related to that code, or it is deemed not performant enough at a later date. ☝🏽

armw4 / antwan.md
Last active
How I Browse Source Files Organically and Isolate Them to Complete a Task or Debug an Issue

On Debugging Sanely And Conciously

When I debug front end issues or need to apply styling/markup/content based changes for front end UI code (we’ll stick to React.js based apps for the purposes of this article), I identify a static piece of text that is the same (constant) each time the particular route (most all front end frameworks have routing functionality included) in question is visited (e.g. a piece of text that it is not the result of a JSX expression). Once I identify that piece of text, I feed it into git from the command line prompt. For example, say the homepage has a bug. It also has a heading that reads:

To quickly determine which source files contain the bug for our ensuing patch (assuming the bug report is correct and it’s not a “user error”), I could:

A Note to Junior Developers

It is wishful thinking to assume that just because an application is "easier to write" that it is more maintanable and will result in a stable product being deployed to production. The overall architecture, maintainability, stability, and testability of a given library or framework should always be taken into account.

For example, you're building a new large scale web application. You could take a more native approach like document.getElementById and routine DOM manipulation. In my experience however, leveraging a more structured framework like Marionette is an objectively better choice for building large scale applications in contrast to traditional DOM API. The same can be said when comparing [`j

armw4 / no-need-to-use-next.js.md
Last active
Why I think next.js is overkill in most cases

Why I Did Not Recommend next.js for our Front-End/UI Team

I think next.js is overkill for several reasons and should not be adopted unless your team is either inexperienced or uncomfortable working with nodejs and babel:

1. crawl bots like Google (the primary target for apps that have a search engine/advertising/marketing need) are now equipped with JavaScript engines and can parse/render react.js SPAs

When you Should use GraphQL

The biggest issue I foresee with using GraphQL is that it actually has implications at the API level: