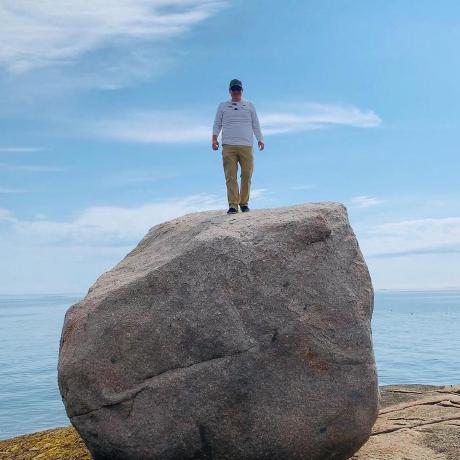 Living on a sailboat

The Story of NPM and Yarn

In the beginning there was NPM, and for a time it was good. Packages went forth and multiplied. The New Gods proclaimed the great demon Dependency Management had been slain. But The Old Gods knew better, for they had seen much and knew that the demon can never be killed, only held at bay.

The Old Gods were ignored. In the folly of a young age grew an abundance of packages and with them grew the scourge of dependency. In the depths beneath the earth, in a place beyond memory, the great demon stirred.

The first sign something was wrong was non-deterministic package version mismatches. “This is fine!” The New Gods declared. “A temporary setback, nothing more! We can fix it.” And so they introduced shrinkwrap, a lamp to combat the growing darkness.

But it proved to be too little, too late, and dusk continued to fall. The New Gods suffered their first major defeat at the [Battle of Left-pad](https://www.theregister.co.uk/2016/03/23/npm_left_

briandoll / correlations.rb
Created
Correlation between terms in an array of arrays

I've been using this technique in most of my Ruby projects lately where Ruby versions are required:

Today I learned about another Ruby manager, rbfu, where the author is using a similar technique with .rbfu-version.

There are many HTML presentation tools and they are all created for slightly different reasons. Here's an overview. Please let me know if I forgot any.

This totally happened, y'all can stop +1ing this now. GitHub Blog post. Direct link to settings where you can set this.

Here the concepts "organization" and "user" are interchangeable, I'm talking about an entity that owns a repo, whether it is jQuery or John Resig. I'll stick to using organization as it best represents my original use-case.