With my recent interest in compilers, I decided to pick up a MIPS machine. 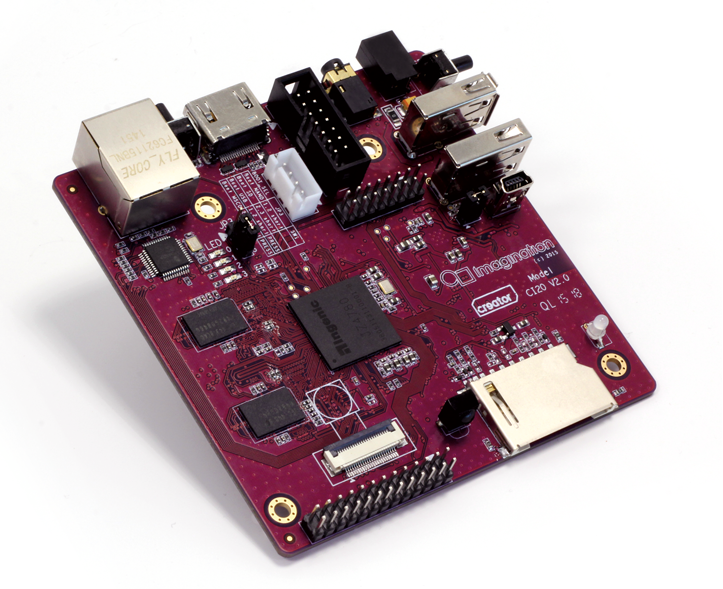 The MIPS Creator CI20 is a single-board computer (specs):

It is available for about $70 from mouser.com, sold as the Imagination Technologies VL-62851 (datasheet).

I found the instructions for updating Debian confusing, and at one point thought I had bricked my CI20. Turns out I just needed to be patient!

To update to a more recent release of Debian, download nand_2016_06_02.img from the CI20 elinux page. This is an SD Card image, which when booted, will overwrite the onboard flash.

Burn this image to an SD Card, set the boot jumper, and boot the CI20. You will see the LED turn briefly red, then blue. This indicates it is overwriting the onboard flash. Though there is no HDMI output, the CI20 is working correctly! About 10 minutes later the LED will turn red again, indicating it has finished writing to the onboard flash.

There is a note about how the older and newer boot sectors and root filesystems are incompatible, which can lead to a situation where the kernel boots, but panics when it can't mount the root filesystem.

(Between this panic and the "mysterious" blue LED, this was the point at which I mistakenly thought I had bricked my CI20).

This process is also covered in the Android Authority review of the CI20.

Hmm, I can't seem to get that image to boot correctly.

I was able to get the gentoo image to boot. Grab gentoo-stage4-ci20.img from the experimental/mips/desktop-ci20 directory.