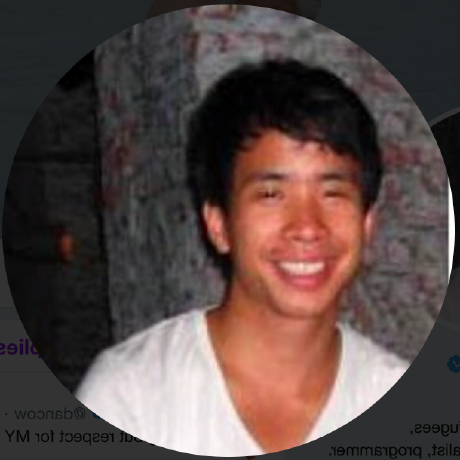 havin a normal one

havin a normal one
My name is Dan Nguyen and you can find me on Github as dannguyen & @DANcow on Twitter. My interests are investigative journalism, data wrangling, and naming thi
573 followers · 327 following
View GitHub Profile

dannguyen / fetch_ghstars.md
Last active
fetch_ghstars.py: quick CLI script to fetch from Github API all of a user's starred repos and save it as raw JSON and wrangled CSV

fetch_ghstars.py: quick CLI script to fetch and collate from Github API all of a user's starred repos

dannguyen / aws-transcribe-2020-10-biden-palin.md
Last active
i only created this gist to respond to someone responding to my older aws-transcribe-via-cli gist

I went into the AWS console for Transcription, which has an interface for real-time transcription here: https://console.aws.amazon.com/transcribe/home?region=us-east-1#realTimeTranscription

dannguyen / README-xsv-split-windows.md
Last active
How to install and use xsv to split a large CSV file (Windows)

I wrote these instructions on how to install and use xsv – a powerful CSV-handling command-line tool, because someone asked how to deal with a data file that was too big to open in Excel or even Notepad. I didn't know how familiar the person was with installing/running downloadable .exe files or with Powershell, so I've tried to include some general instructions that hopefully are useful to even novices.

This mini-guide is not at all meant to be exhaustive as it basically shows just one of xsv's many useful functions. But if you're new to the idea of using command-line tools to do things, hopefully this can be a friendly intro to it.

Here's an example of a CSV that, at 3 million rows, is too big for Excel to open: https://burntsushi.net/stuff/worldcitiespop.csv

dannguyen / bash-prompt.md
Last active
my bash prompt with a ghost and stuff

this goes in my bash profile:

Example Google Apps Script functions to normalize non-ASCII characters and insert a timestamp, when a new row is created.

dannguyen / autotimestamp-column-in-google-sheets.md
Last active
a Google Sheets script that automatically adds a timestamp to a corresponding row when the first column is created

Couldn't be bothered to look up the latest workout tracking app, so decided to stick to Google Sheets for now. One problem with this approach is that while it is easy on desktop GSheets to fill out a current timestamp (Command-Option-Shift-semicolon in MacOS), no such shortcut is available AFAIK in the iOS version of Google Sheets. 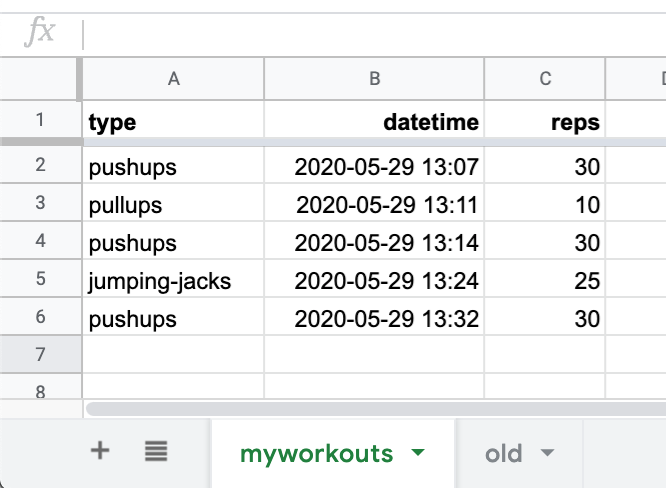 So I wrote a little custom function in Google Apps Script to do the following:

In an active Google Sheets spreadsheet, given a tab/sheet named myworkouts with a header named datetime, the following script updates a row's corresponding "datetime" column when a value is entered into a first column cell: