Unless you are using Safari on OSX, most browsers will have some kind of free plugin that you can use to export the browser's history. So that's probably the easiest way. The harder way, which seems to be what Safari wants is a bit more hacky but it will also work for other browsers. Turns out that most of them, including Safari, have their history saved in some kind of sqlite database file somewhere in your home directory.

The OSX Finder cheats a little bit and doesn't show us all the files that actually exist on our drive. It tries to protect us from ourselves by hiding some system and application-specific files. You can work around this by either using the terminal (my preferred method) or by using the Cmd+Shft+G in Finder. 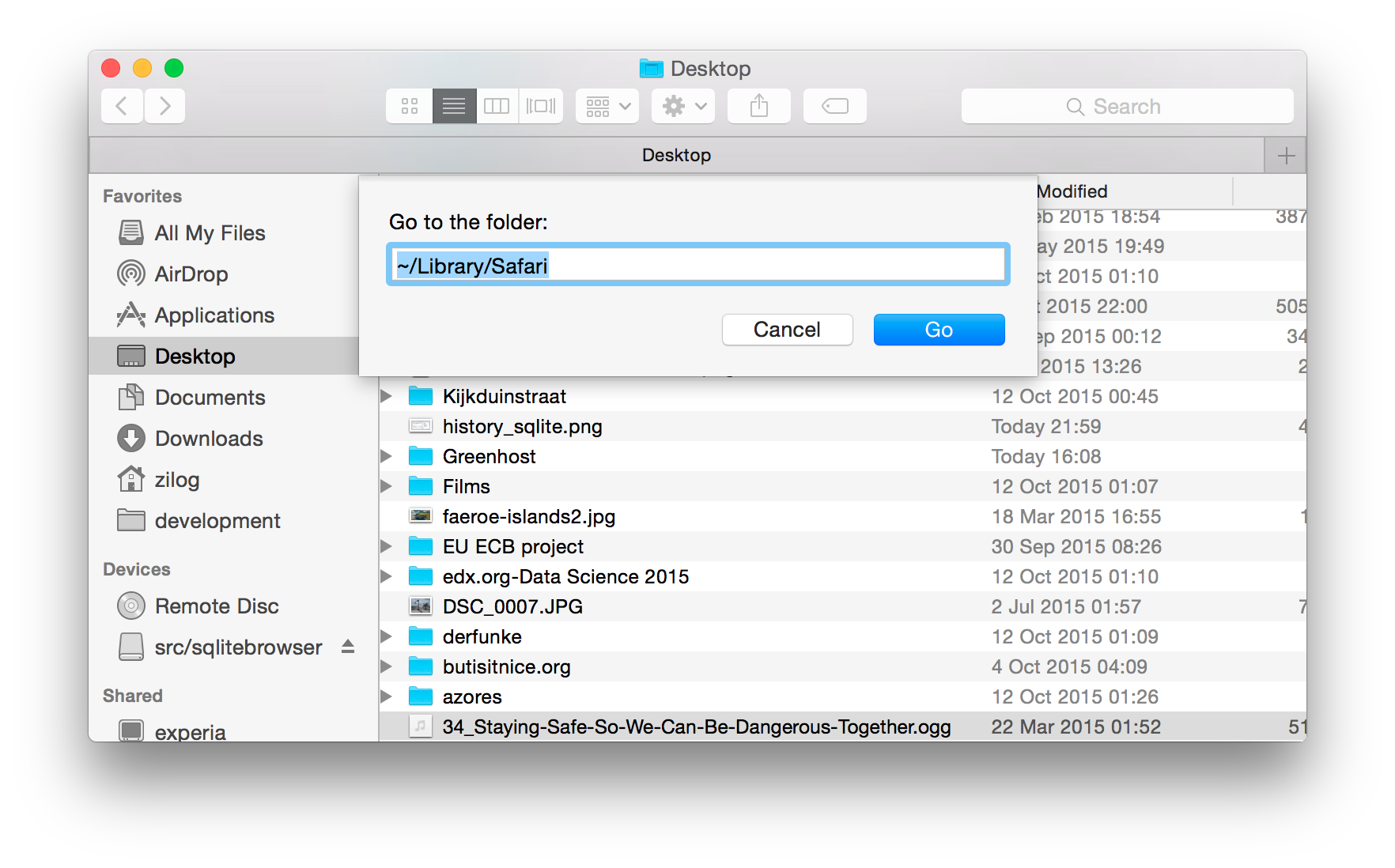 Once you locate the file containing the browser's history, copy it to make a backup just in case we screw up.

The engine has been ported to many other programming languages and environments, including Java, Adobe Flash (in ActionScript and Haxe languages), C#, Lua, JavaScript, and D. Bindings exist to use the compiled library from Python, DarkBASIC and BBC_BASIC.

Box2D performs constrained rigid body simulation. It can simulate bodies composed of convex polygons, circles, and edge shapes. Bodies are joined together with joints and acted upon by forces. The engine also applies gravity, friction, and restitution.

Process can take a while, check console for progress. Occasionall FLOOD_WAIT errors are expected. Once done, browser will download the JSON file.