Stylus input and the benefits of a standard

Notes from a talk by Mark Hayter

Mark Hayter is Senior Engineering Director in the Chrome OS Hardware team at Google, and currently a visitor from industry with the Computer Architecture team in the Computer Lab.

In Chromebooks, stylus initially introduced in educational context: stylus is better than keyboard/trackpad for younger kids. Requires stylus to be cheap and robust since kids chew on the stylus, drop it, etc. 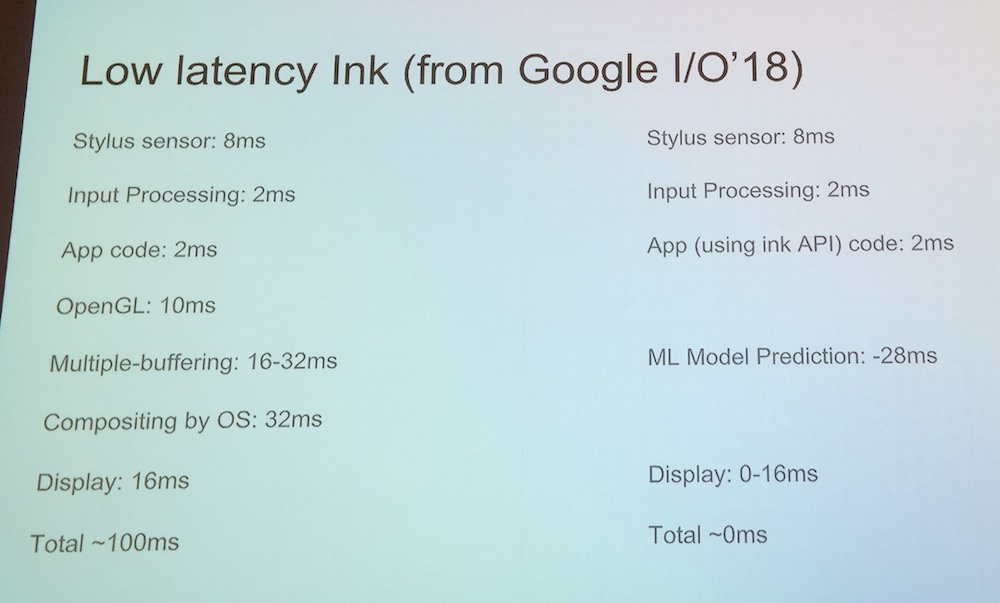 Low latency ink (announced at Google I/O '18): use a machine learning model to predict where the stroke is going to go. Makes it look as if the latency is zero! Looks a bit weird when the model mispredicts and has to correct, but generally good.

Trade-offs of garaged stylus vs fancy stylus. Google's stats show that when stylus slots into the case, people are much more likely to use it; if you have to remember to put it in your bag, people forget. However, slot-in stylus feels much less nice to use.

Staedtler (pencil company) makes a stylus that really looks and feels like a pencil!

Google's vision: want all touchscreen devices to be stylus-enabled, so that user does not have to make choice. Want a stylus for one Chromebook to work with all Chromebooks. However, at the moment there are several competing active stylus systems. Will a pen for a Microsoft Surface work with a HP whatnot tablet? Who knows.

I asked about problems with simultaneous finger and stylus input: apparently there is no hardware reason why there would be such a limitation. Mark's guess is that it's overzealous palm rejection, probably happening in software, although it's possible that events are getting blocked at the controller level.