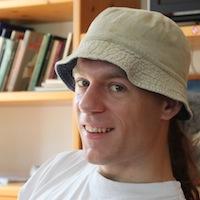 Stylus input and the benefits of a standard

Notes from a talk by Mark Hayter

Mark Hayter is Senior Engineering Director in the Chrome OS Hardware team at Google, and currently a visitor from industry with the Computer Architecture team in the Computer Lab.

ept / dataloss.rb
Created
Calculate the probability of losing all replicas of a partition in a cluster

Here's an update on what we've been doing in November.

Sorry for the lack of an update last month. Here's what we've been up to in September and October.

Diana and Martin presented an introduction to end-to-end encryption protocols at the Strange Loop conference in St Louis, and repeated the talk in Cambridge. We illustrated network communication and man-in-the-middle attacks by passing pieces of cardboard back and forth on the stage -- a visualisation that went down well with the audience.

Alastair and Martin have been working together with Dominic Mulligan and Victor Gomes, also researchers in Cambridge, on formalising our JSON CRDT definition using the Isabelle proof assistant. We are converting the hand-written convergence proof in our paper into a machine-checkable proof,

Hi everyone, the month of May has flown by, and it's time for our second monthly update for the TRVE DATA project.

Here's what's new in May:

Hi everyone, thanks for subscribing to the TRVE DATA mailing list! We're going to try to build a habit of posting a monthly project update here, and this is the first one.

For background, we published a blog post explaining the rationale and goals of the TRVE project. And here's a little video showing our collaborative text editor prototype.

Today I'd like to briefly introduce the people in Cambridge who are working on various aspects of TRVE:

The UK government is currently trying to rush the so-called "Investigatory Powers Bill" [1] through parliament (the bill has its second reading today — 15 March 2016). The bill gives the police, intelligence services and various government agencies wide-ranging powers to collect the internet activity of everybody in the country, hack innocent people's devices in bulk, compel companies to hack their own customers [2], and collect intrusive databases of personal data on innocent people.

It is doubtful whether these powers would make us any safer [3]; but they would make the UK a police state, with a regime of mass surveillance on par with Russia or China. As one MP put it: “Because for the past 200 years we haven’t had a Stasi or a Gestapo, we are intellectually lazy about it [4].” 200 senior lawyers and barristers have called the bill “unfit for purpose” and “maybe illegal” [5]. The current Apple vs. FBI case in th