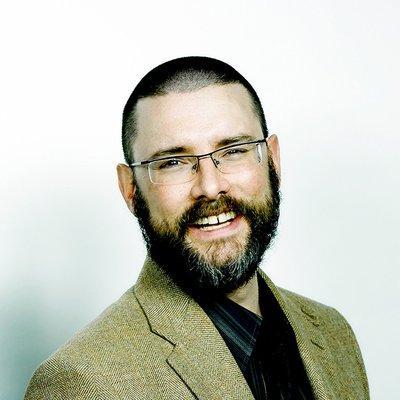 The School of Design (Script)

These are the notes for my final pitch on Propel. I don't usually use a script, I usually improvise around themes, but the Propel team – under the current circumstances (pandemic) – asked us to work on a script to give everything structure.

Working with Amy Tez (an actress who helps leaders improve their pitching (and who is fanntastic)) we agreed I'd improvise the pitch along a series of wayfinding markers that would help me stay focused and not drift.

There are three elements below:

I first wrote this on 9 July and it’s been sitting on my computer ever since. I’m finally sending it, nearly three months later. Gah! That’s how insanely busy I am.

In addition to working as a design consultant, I lead Interaction Design provision at Belfast School of Art, where I serve as a half-time Senior Lecturer.

Whenever I embark upon a new academic year, I like to kick off with some required reading. This year, I’m opening out this content and sharing it further afield in an effort to help as many people as possible.

The books I’ve shortlisted are particularly aimed at anyone practicing (or studying) interaction design. My degree programme is largely focused on UX and UI design, with a sprinkling of front-end technologies, but the books below widen the aperture a little.

I hope you find this list of a half dozen books useful.

I was delighted to be interviewed for the Season 2 finale of The Elastic Brand Podcast, “A podcast exploring the art of creating outstanding brands and identities for the digital age.”

The Elastic Brand’s host is Liz Elcoate and, if you’re looking for someone to assist you with branding, I’d recommend her in a heartbeat. Not only is Liz incredibly knowledgable, she’s also lovely to work with.

The State of Education

These are notes from different messages to: [Heydon Pickering][01] and [Andy Bell][02]. They’re, as yet, loosely structured, just capturing conversation.

The state of education – across the board in the UK – is a disgrace. I have friends who are school teachers, who are buying school books (and – really? – toiletries!) for their school children. This stretches right up to universities.

I’ve just bought a sizeable roll of NFC tags, with my own money, so we can run an NFC workshop next year. In the past, there would have been a discretionary budget that I could use for out-of-pocket expenses.

No more, the cupboard is bare.

It’s an exciting time to be working as an educator. Hybrid learning approaches – that bring together the best of studio education and remote education – are truly transforming learning experiences.

There are a number of businesses working on disrupting education: General Assembly, CareerFoundry and Treehouse, to name just three. I’m watching them all with interest. Many of these businesses, however, have adopted a mindset that education is easily scalable.

In Chapter 2 I introduced the idea of Design Systems. In this chapter I’d like to introduce the idea of ‘pattern langauges’ as I begin to explore the ‘Components → Patterns → Pages…’ part of the interface equation.

A pattern language is a system for cataloguing and describing good design practice. The term was coined in 1977 by the architect, Christopher Alexander (who I’ll return to shortly). Essentially pattern languages are used to gather tried and tested solutions to design problems, for example, a login pattern that’s been shown to work through testing.

The thinking behind pattern langauges pre-dates design systems by quite some time.

Pattern languages, as they relate to user interface design, were popularised by Pattern Tap, an influential website established in 2008 by the prodigiously talented Matthew Smith, which popularised the thinking behind pattern langauges and design patterns. Sadly, Pattern Tap is no more, lost – as so many websites are – to the ravages of

The book provides a holistic overview and beginners to intermediate introduction to User Experience Design. It’s the ‘missing manual’ we have been looking for at Belfast School of Art.

This could be a Smashing Book, perhaps? I could use the content I’ve developed for the articles for Smashing + Adobe and develop them into a fully fledged book.

I’m sure others might find it useful, too. We could perhaps serialise the book for Smashing’s membership, so that we maximise the content. This could also be a nice way to give Adobe another hit of marketing for their support.

I’d redraw all the diagrams and take them up a notch. The approach would be like my first Standardistas’ book, with a section after each chapter of suggested reading, possibly downloadable templates, printables, etc..