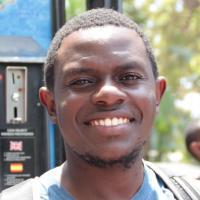 check files and directories size in a directory in ubuntu

I'm a mac user and I use crontab -e to render the crone job editor. I added comments that help me remember the cron job pattern/format.

A small alteration from the github solution given here

I used Clojure 1.8.0. The example above has been influenced by resolve clojure function

A colleague and I were using Jedis and wanted to delete multiple keys at once without using a loop. The version of Jedis we were using has 2 del functions and the one we wanted use is a java vararg function and can be found here. We understood a Java vararg function as a variadic function in Clojure which simply means a function with infinite arity. Assuming b1 and a1 are keys in redis, the following is what we attempted initially:

The above failed with the following error: IllegalArgumentException No matching method found: del for class redis.clients.jedis.Jedis clojure.lang.Reflector.invokeMatchingMethod (Reflector.java:80)