A few days ago, I worked on a project that was mostly about serving up basic store data (modeled after Etsy) to an API.

We had a few dozen end-points, and all responses were in JSON.

Most of the action happened inside of our controllers, and as you might imagine, our routes.rb file was bananas.

One of the instructors made an exceptionally simple suggestion, I was embarrassed to not have seen it.

It was about nesting our controllers a bit better.

For context, here's our routes for our merchants objects, relationships, and analytics:

Look at all the references to merchant and merchants! Lets count: Twenty-Four uses of the word! Dang! And this is in JUST the endpoints related to merchants! This same replication exists in our items, customers, invoices, and more.

It's also clunky to read. Every single merchants controller in the collection starts the same. That lowers the ratio of signal to noise, as a developer. No good.

Hopefully someone moving through Turing behind us will take this chance for a really easy fix.

And what is the fix?

Here's the file structure of all of our merchants controllers:

Here's a quick mockup of what it should be:

Lets see what this does to our routes from above:

That looks a lot better. Half the number of references to merchants in the routes. Now... this requires renaming all the controllers, etc, so lets make that happen and see if our tests still pass.

We'll have to update a few files for each of these changes:

So, swap everything around, and all the tests still pass, and our routes are way more readable: 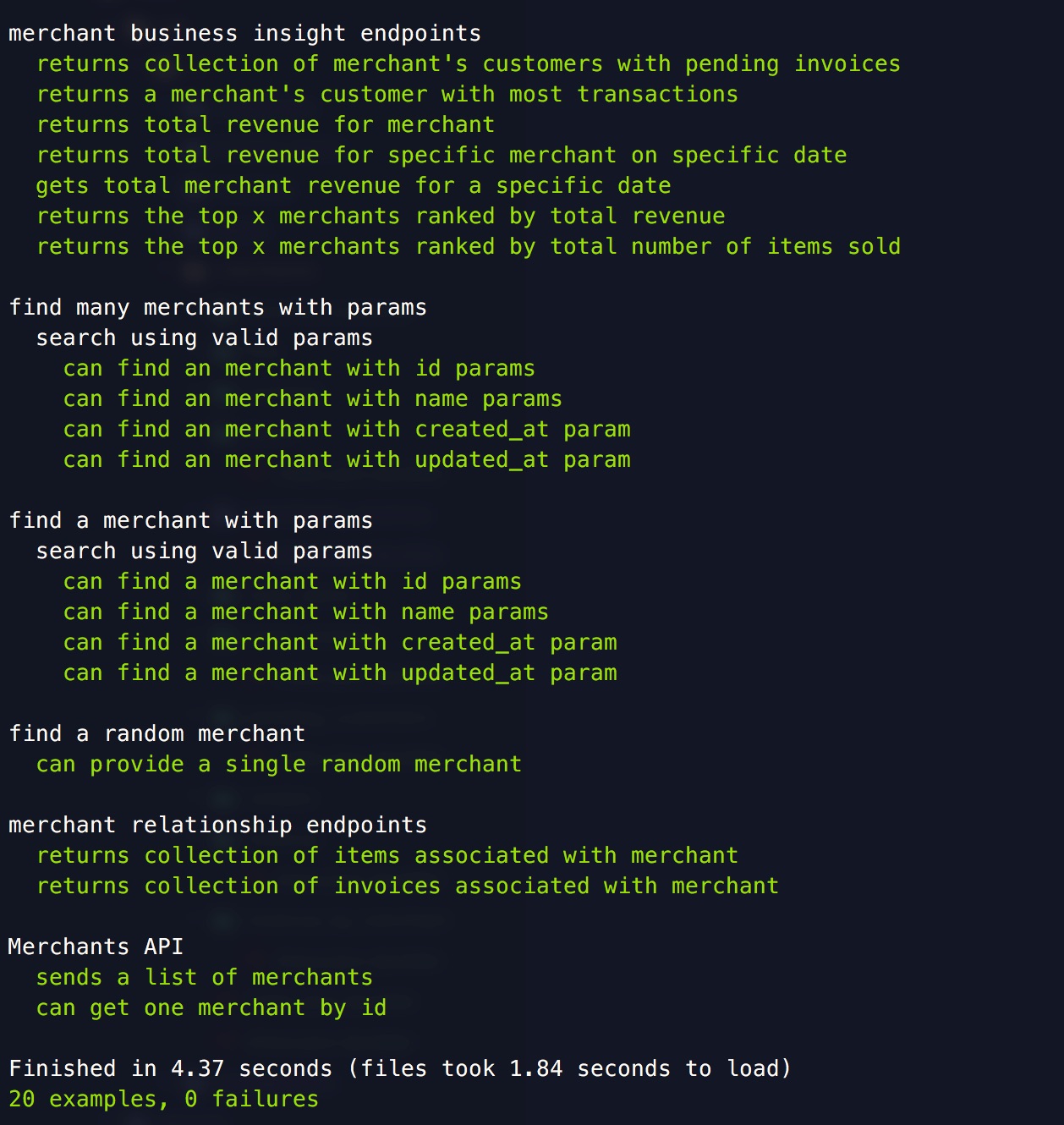