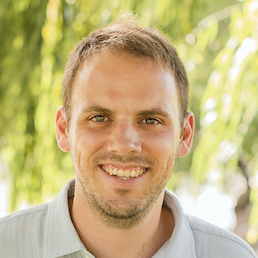 Formerly engineering at Twilio and Shyp. I'm interested in hearing from you; get in touch!
585 followers · 29 following
View GitHub Profile

After some discussion with city staff, Palo Alto-based Windy Hill re-submitted its proposal at 250 homes — the largest housing development in Belmont in decades.

Free parking in downtown San Carlos is great - it's free - but it has a lot of downsides:

Paid parking can help solve these problems. The goal of charging for parking isn't the money - which can be refunded to residents, or reinvested in road repair - it's to ensure there's always a free space available, which reduces circling and makes arrival times predictable. It may get expensive - up to $3 or $4 per hour - but it has these benefits:

Would be one thing if Measure P was actually effective at providing affordable housing.

Put another way: the acceptance rate at Stanford is 4.8%. You have a 6 times better chance of being accepted to Stanford than you do of being a San Mateo renter who's qualified for a below market rate unit. YOU DON'T WANT YOUR AFFORDABLE HOUSING PROGRAM TO BE STANFORD.

So the program that you're fighting to

On August 1 Cupertino will decide whether to approve an amendment to the General Plan to allow housing at the Oaks Shopping Center. One plan (the one the developer wants) would build 600 housing units, the other one would build only 270 units. There is pretty fierce local opposition but it might be good to contact them.

You can email the Council members here: https://sf-yimby-emailer.appspot.com/cupertino. The public hearing is Tuesday the 1st at 6:45pm at Cupertino City Hall.

Belmont (just north of Redwood City) is considering its plan for the next 15 years. The current plan calls for 3300 new jobs and 1500 new housing units. They're also considering an alternative ("Alternative 1") that would add 2400 housing units and 2100 jobs. Maybe you could contact them and ask them to approve Alternative 1 instead?