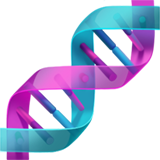 I was recently asked to explain why I felt disappointed by Haskell, as a language. And, well. Crucified for crucified, I might as well criticise Haskell publicly.

First though, I need to make it explicit that I claim no particular skill with the language - I will in fact vehemently (and convincingly!) argue that I'm a terrible Haskell programmer. And what I'm about to explain is not meant as The Truth, but my current understanding, potentially flawed, incomplete, or flat out incorrect. I welcome any attempt at proving me wrong, because when I dislike something that so many clever people worship, it's usually because I missed an important detail.

Another important point is that this is not meant to convey the idea that Haskell is a bad language. I do feel, however, that the vocal, and sometimes aggressive, reverence in which it's held might lead people to have unreasonable expectations. It certainly was my case, and the reason I'm writing this.

I love the concept of type class

A problem that I've seen beginners run into in Haskell or PureScript a couple of times now is how to generate a List of random numbers. It's a common requirement for little games (which make for great first projects) to generate these, and it definitely seems to be a stumbling block.

Why are random numbers hard?

Randomness is considered a side effect in purely functional languages, which means that to generate them you usually need access to Eff/IO, which in turn means we need to deal with Monads. And while generating a single random number is usually pretty easy with do-notation, the typical intuition beginners have built when going from single values to a collection is to use map, but that fails.

ifesdjeen / Haskell Simplification 1.hs
Last active
I've got that piece of code that looks extremely overcomplicated to me. Even though every operation by itself is simple, the "sum" of operations is simply insane.