We've unpacked the "user" a little, now let's look at the "programmer." When a programmer is writing javascript, they are using prewritten, packaged functions and variables in order to carry out the actions they want their code to do. In this way, the programmer is also the user. Why is using pre-made scripts seen so differently than using buttons that fire pre-made scripts?

When we all build up and cultivate one another’s agency to shape technology and online spaces, we are contributing to creating a world that is more supportive, affirming, and healing. 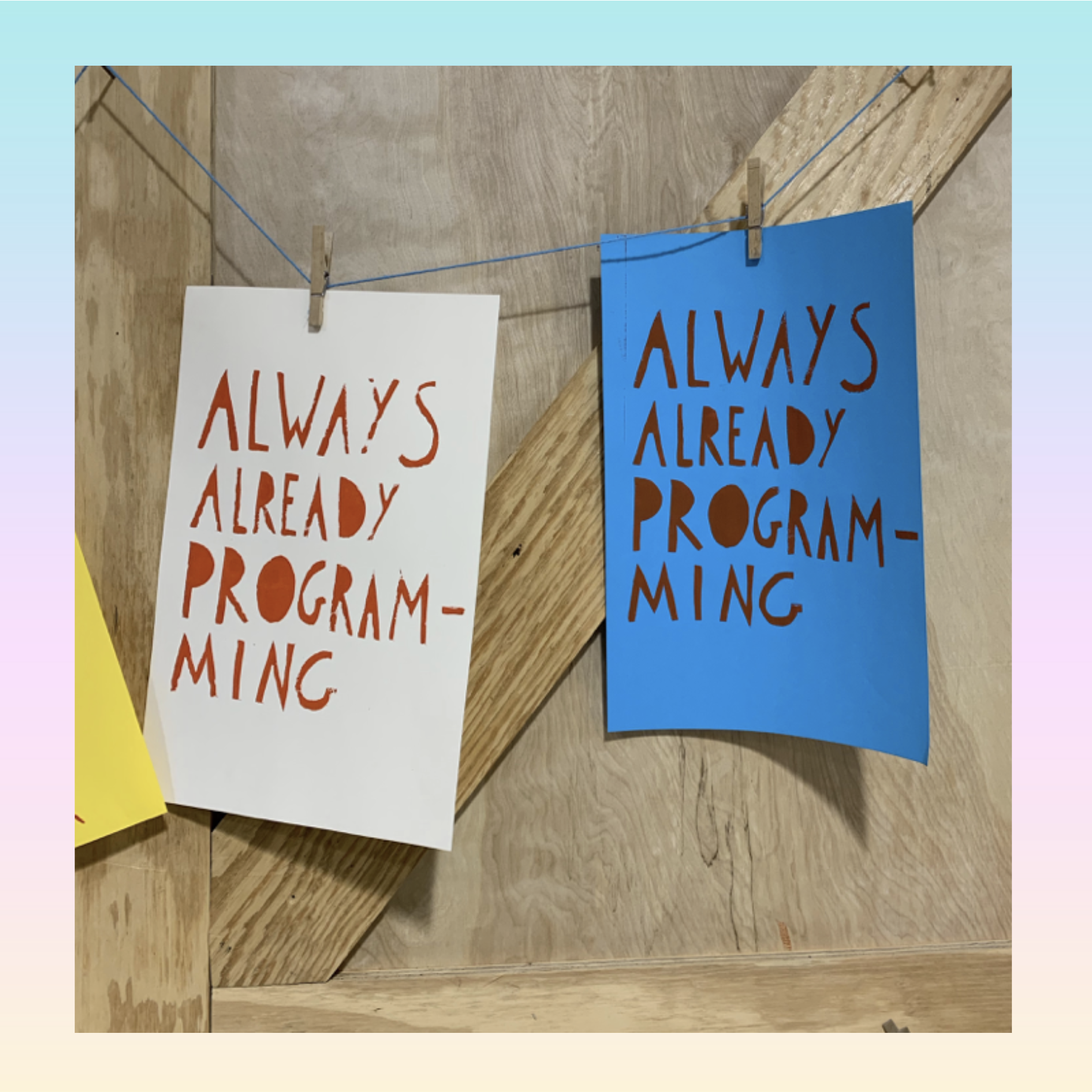 ∞ The user programs and the programmer uses ∞

∞ It's buttons all the way down, buttons pressing buttons ∞

Thanks for stopping by!