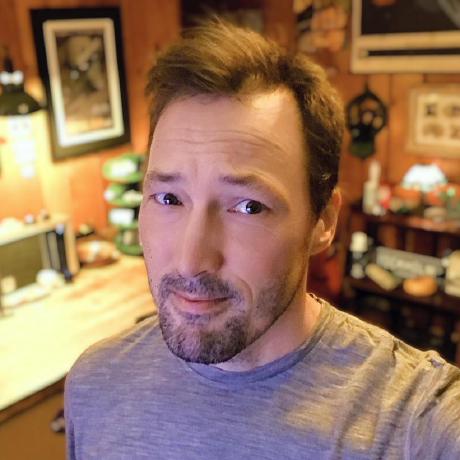 kalimar / iterm2Badges.md
Last active
How to add a badge to iterm2 on Zsh

iTerm2 - the popular terminal emulator for OSX has added some really neat features. One of those, is badges. From the documentation: A badge is a large text label that appears in the top right of a terminal session to provide dynamic status, such as the current host name or git branch.

I had some trouble figuring out how to build a badge so I wanted to share a quick walk-through. Thanks to Chris Mar for teaching me.

Easy enough - it's an option on the dropdown menu

dhh / comments_channel.rb
Last active
On-boarding a specialized broadcast method in the channel itself

What is the system Ruby?

What version of Ruby shipped by default on Mac OS X?

* Refers to the fully patched version (e.g. 10.5.8, not 10.5.0). Earlier versions may have shipped with different Ruby patchlevels but the RUBY_VERSION has never changed within major Mac OS X releases.

This is a simple little note I wrote down when talking to another company owner on the topic of moving a fully distributed team (with some folks in the same city) to a mostly-distributed team with an HQ office in a single city. It's not necessarily useful as general advice beyond that

I often advise clients that are actively focused on improving their teams to either embrace a fully-distributed team or a fully-colocated one, and to avoid other permutations of organization. Patterns that I see a lot:

Apple has changed how it distributes OS X Mavericks since its initial release in October 2013. This note was written on May 2, 2014. This affects the instructions you'll find online for how to make a bootable OS X installer.

It used to be that when you downloaded OS X from the App Store, the entire 5GB installer was placed in /Applications/Install OS X Mavericks.app. Now, there is a simple shortcut program placed in /Applications/OS X Mavericks.app. The app file is immediately removed in the event of an error or a successful post-install launch. When the download succeeds, the app file is launched which brings up the traditional install wizard, but this time mounted to /Volumes/Install OS X Mavericks.

I actually discovered this because if you already have a volume mounted of the same name (which I did, because I was trying to update my existing USB installer), the App Store download promptly fails right after finishing its download.

This bookmarklet will put Sassmeister into presenter mode. I used it for screenshots for my talk.