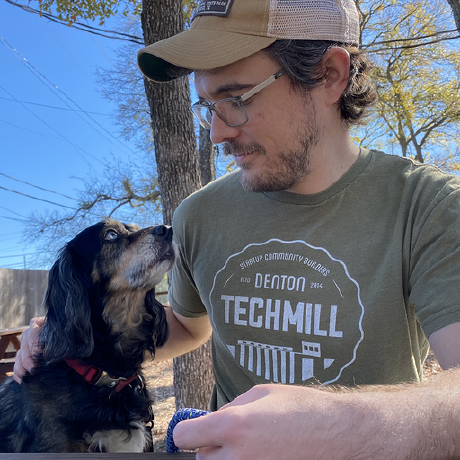 The following are appendices from Optics By Example, a comprehensive guide to optics from beginner to advanced! If you like the content below, there's plenty more where that came from; pick up the book!

To see a working version of the code check out https://codesandbox.io/s/j497w26383 and open the console.

This file demonstrates a very basic List as an applicative functor for the purpose of demonstrating a simple list comprehension.

The idea for this was taken from: https://egghead.io/lessons/javascript-list-comprehensions-with-applicative-functors by https://twitter.com/drboolean

Kazark / NotNotLEM.idr
Last active
Intuitionist logic is by no means denying the law of excluded middle!

I bundled these up into groups and wrote some thoughts about why I ask them!

If these helped you, I'd love to hear about it!! I'm on twitter @vcarl_ or send me an email carl.vitullo@gmail.com

Onboarding and the workplace

Back in December 2017, I started working on something I called Elmish-Wasm, which was just an experimental repo to compile something Elm-like to Wasm. I made some progress, but the helpful people I talked and I came to the conclusion that most of what I had so far (Haskell and Regex to interpret .elm files into rudimentary wasm) was something the Elm compiler and the Elm AST already did. Writing that code was a lot of fun, but maybe not the most valuable way to explore Elm and WebAssembly. Before jumping back into this project I would like to record the important facts and questions related to compiling Elm to Wasm.

A lot of people talk about Web Assembly as if its C++ that runs in the browser. Thats not the case. This belief must come from that fact that C can currently compile to web assembly. Wasm is human-unreadable bytecode. There is a human-readable version of wasm, called wat. It looks like this..