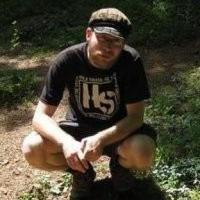 I'm writing this post to publicly come out as trans (specifically: I wish to transition to become a woman).

This post won't be as polished or edited as my usual posts, because that's kind of the point: I'm tired of having to edit myself to make myself acceptable to others.

I'm a bit scared to let people know that I'm trans, especially because I'm not yet in a position where I can transition (for reasons I don't want to share, at least not in public) and it's really shameful. However, I'm getting really

A common pain when working with large projects is the diamond dependency. Consider a commonly used library such as ASM. One wants to build a big application reusing many powerful libraries, but unfortunately many of my desired dependencies themselves depend on different and incompatible versions of ASM. While compiling my code, since ASM does not appear in any APIs I touch, everything compiles fine, but at runtime the JVM only includes one version of classes of a given name leading to runtime binary errors.

OSGI Bundles are related to solving this problem, but it appears that is a heavy solution that has proven to be too cumbersome to actually use. Here we propose a lighter weight approach that benefits each incremental project that adopts this method.

As I discussed in Algebra for Analytics, many sketch monoids, such as Bloom filters, HyperLogLog, and Count-min sketch, can be described as a hashing (projection) of items into a sparse space, then using two different commutative monoids to read and write respectively. Finally, the read monoids always have the property that (a + b) <= a, b and the write monoids has the property that (a + b) >= a, b.

johnynek / hdfsio.scala
Created
IO Monad for the HDFS FileSystem: http://hadoop.apache.org/docs/r1.0.4/api/org/apache/hadoop/fs/FileSystem.html Make your HdfsIO[T] object (for example op), set an implicit FileSystem, then call HdfsIO.run(op) TOTALLY UNTESTED! (but it does compile)